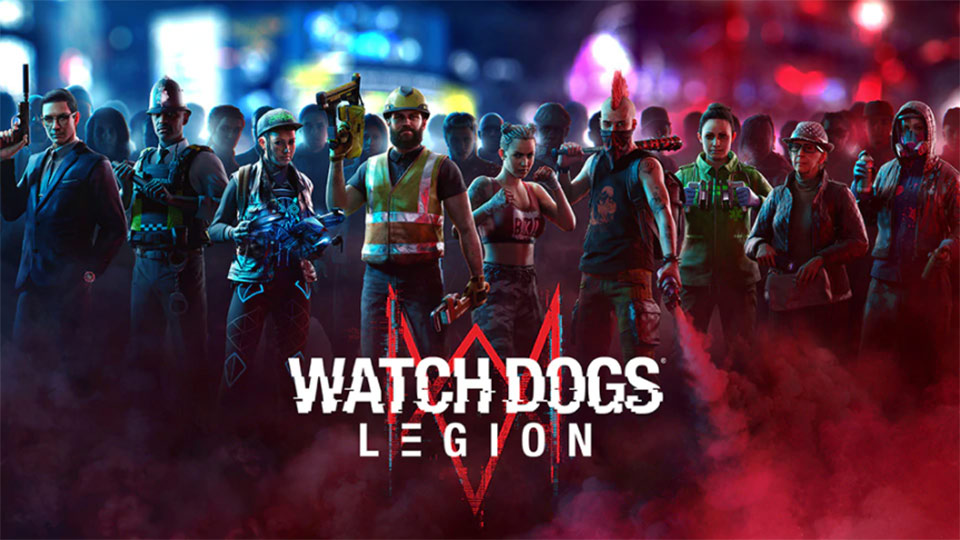 For those who want to sink their teeth into more expanded universe content, we wanted to recap the many transmedia projects the team has been working on, including some new announcements!

Behemoth Comics is publishing a four-part comic series based on the universe of Watch Dogs: Legion this fall, with the first issue heading to comic bookstores and releasing online November 3rd. Written by Sylvain Runberg, with art by Gabriel Germain, this original story will weave a plot mixing anticipation and action in the heart of a terrifying (and yet so believable) London.
Check out the vibrant covers for issue 1 created by Alberto Massaggia: 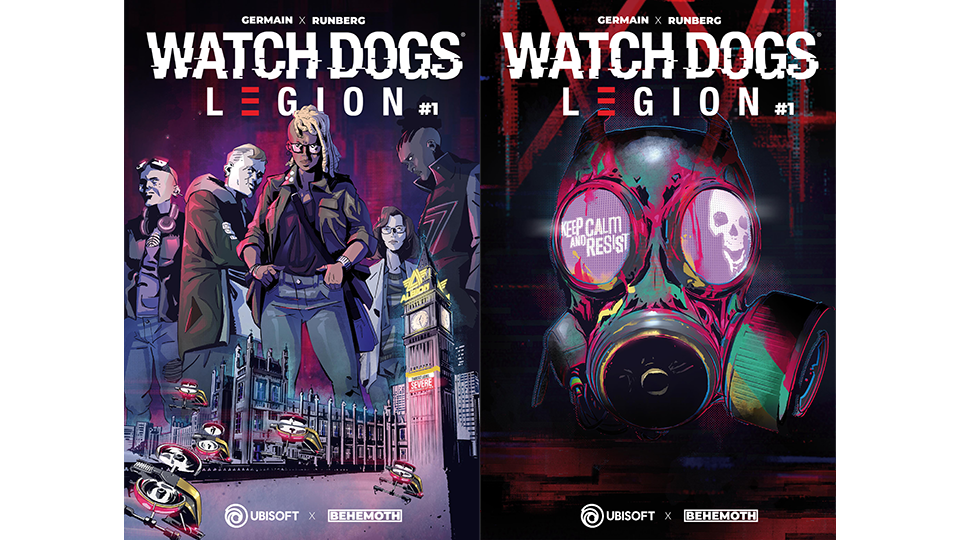 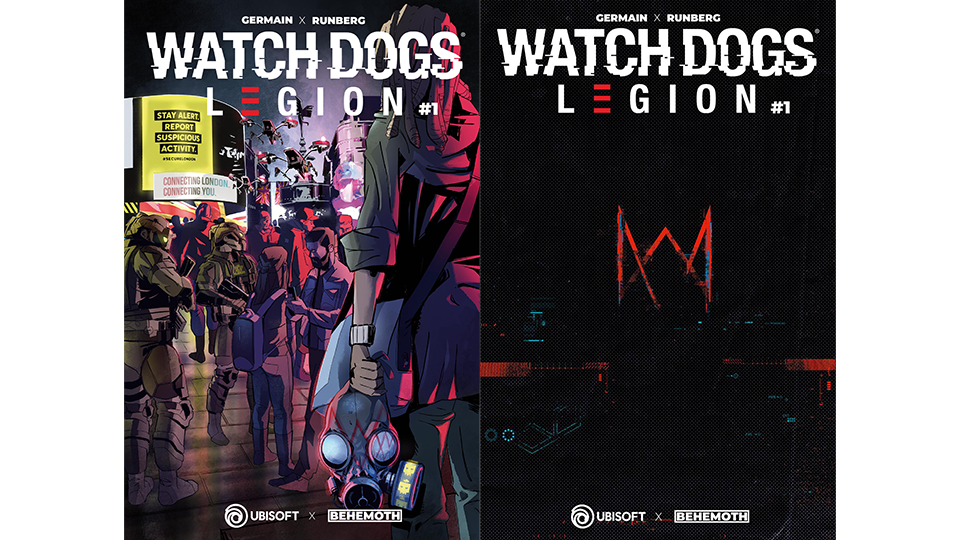 Synopsis: London Calling! Mass surveillance, private militias bringing order to the streets, organized crime... the city of London has become a symbol of widespread oppression, and only its people can free it. A resistance movement bringing together genius hackers and insurgents ready for combat, DedSec stands up to free the city from the yoke of these profiteers. While investigating mysterious disappearances in Kennington Oval Camp, journalist Louise Hartford cross paths with Adam Logan, known as ‘Spiral,’ a London DJ whose music has become a symbol of revolt. Together, and with other companions in misfortune, they will have to infiltrate the spheres of power to unravel the truth.

The third issue in the series will feature a special developer variant cover made by Ubisoft Toronto’s Senior Graphic Designer Nicolas Lajeunesse!

We are thrilled to unveil our collaboration with Japanese manga publisher Comic Bunch for our very first Watch Dogs manga! Set in a near-future Tokyo, this manga expands the world of Watch Dogs while exploring the activities of DedSec in Japan. Slated for a launch in 2022, it will be written by Seiichi Shirato (Jormungand, Maria the Virgin Witch) and illustrated by Shuhei Kamo (Gangsta Cursed).

Here is a first peak at our main characters: We are also excited to announce Stars and Stripes, a new Watch Dogs novel published by Aconyte and set to launch in April, 2022. Bridging the gap between Watch Dogs 2 and Watch Dogs: Legion, Stars and Stripes follows Aiden Pierce as he embarks on a new mission in Washington, right before his trip to London.

Synopsis: Aiden Pearce, “the Fox”, is a rolling stone, surviving by moving from one shadowy hacker job to the next. While in Baltimore, he’s captured by a mysterious agent who insists finding missing cargo full of transhuman tech is something only Pearce can do. When flattery doesn’t work, he’s blackmailed into taking the job. Worse, he’s partnered again with the unscrupulous Jordi Chin. Soon what looks like a simple investigation spirals into a nefarious plot leading all the way to the White House. Yet why should Aiden help a country that only wants him behind bars? For the Vigilante, no one escapes hard justice – not even Uncle Sam.

Aconyte are also working on two other novels that will expand the story of Watch Dogs: Legion across new locations in our near-future UK. These are set to launch later in 2022, and in 2023. 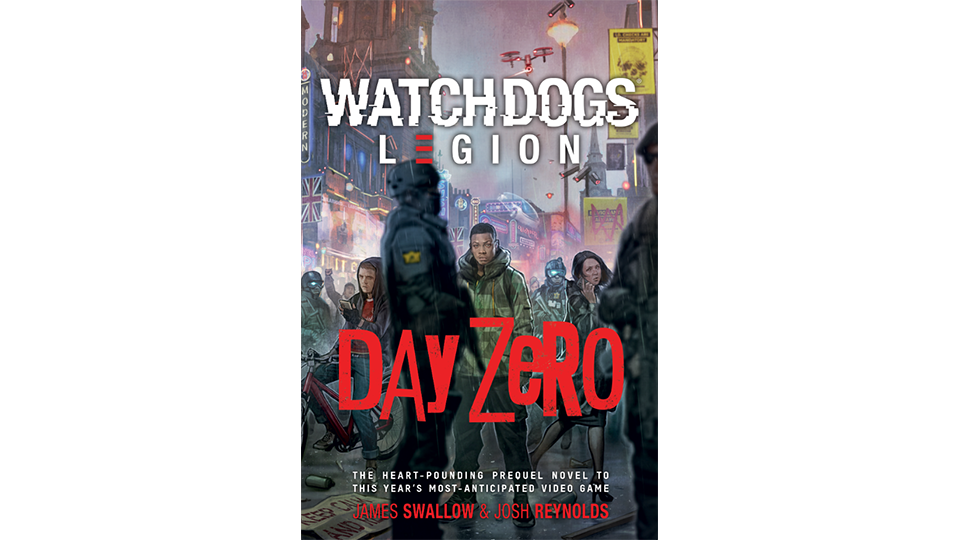 Feeling impatient? Dive into the days leading up to Zero Day’s attack in the prequel novel to Watch Dogs: Legion, Day Zero.

Four lives are drawn into a murderous conspiracy that threatens to destroy DedSec and plunge the city of London into chaos. Something bad is going down in London town…. 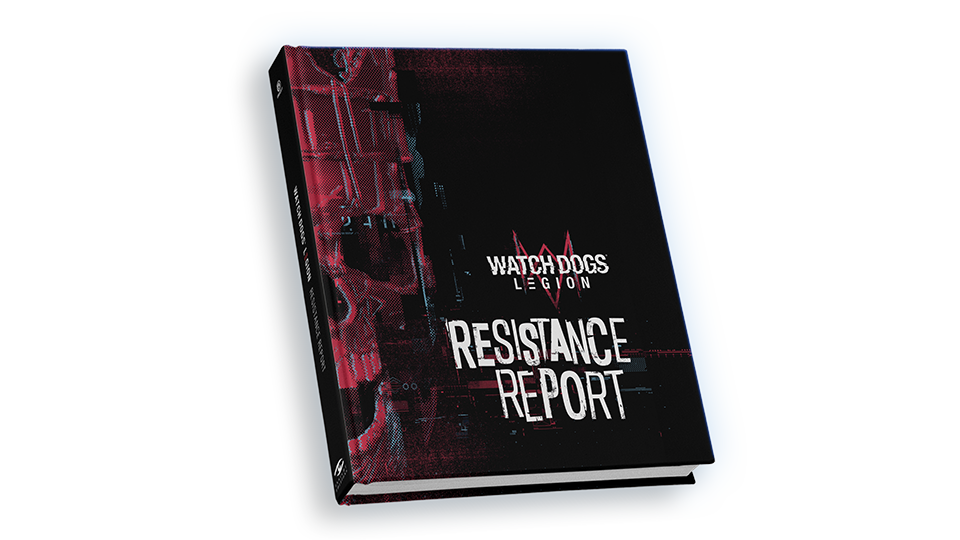 Packed with illustrated research files and profiles on London’s boroughs, factions, vehicles, weapons, and technology, Watch Dogs: Legion – Resistance Report is an essential survival guide for anyone who’s definitely not looking to rebuild a group of operatives with the help of an AI that definitely hasn’t been hacked!