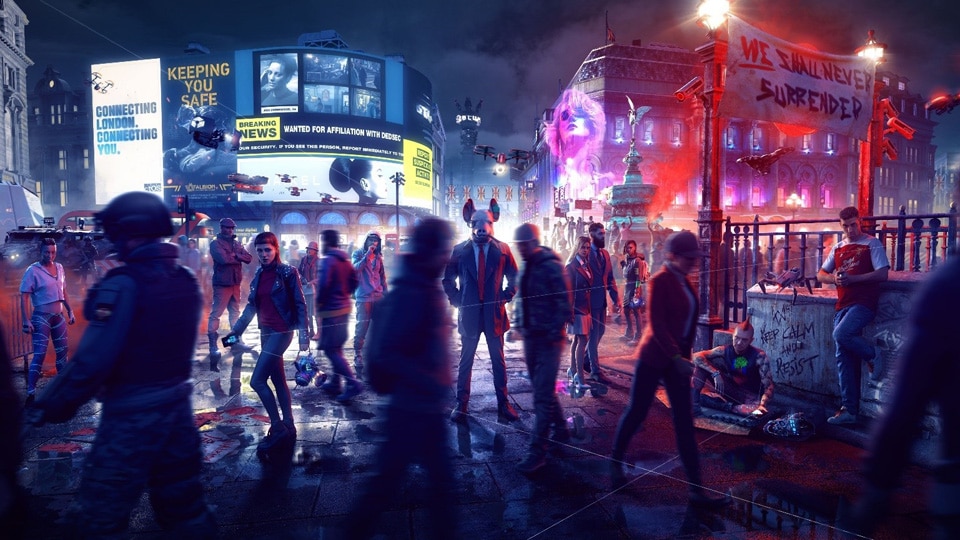 AN UPDATE FROM THE DEVELOPMENT TEAM

In October 2020, Watch Dogs: Legion launched, and you joined us in London to stop the authoritarian powers that were threatening the city. The launch of the Online Mode continued your adventure with DedSec London, giving you the opportunity to stop new threats in the Tactical Ops, or to test your mettle against friends in the Spiderbot PVP arena.

Since then, we've expanded the world of Watch Dogs: Legion through a ton of new content in both single player and online.

We introduced a range of gameplay mode; from fan favourites such as Invasion, to Resistance Mode and a re-imagining of London as a zombie apocalypse with Watch Dogs: Legion of the Dead.

Additionally, new characters joined the game, like Mina Sidhu, an escaped research subject with mind control abilities, Helen, a retiree with strawberry sweets and a taser in her purse, ready to use either to melt hearts, and Darcy, an Assassin with a strong connection to the London Brotherhood.

This summer also saw the return of an older Aiden Pearce and Wrench in the story expansion Watch Dogs: Legion -- Bloodline. Set shortly before the events of the main game, the expansion follows them both as they work together to prevent a rising authoritarian threat from a corporate giant, whilst dealing with their own personal motivations, and face old wounds. Continuing their stories, developing Aiden's relationship with his nephew Jackson, and digging deeper into Wrench's motivations was something we were very excited about bringing to the world of Legion, and we've loved seeing the positive reactions from fans.

Finally, thanks to your feedback, we added multiple quality-of-life improvements to the game.

Throughout it all, you've shown us your DedSec teams, favourite recruits, best game moments, fan art, cosplay, videos, and more, and we've loved seeing your content and passion.

TU 5.6 was our final update for Watch Dogs: Legion. However, you can look forward to reward tracks in the Online Mode, containing both new and returning rewards. The current season 4 Rebels track, containing 80 ranks, will run until January 22, 2022, followed by Season 5 Stripes. After that, Seasons 3-5 will continue to cycle and return to the game, giving you the opportunity to acquire rewards you might have missed out on in the past. Some rewards to look forward to is a modified version of Aiden Pearce's jacket, and Jackson's mask and clothing set.

The game has grown by leaps and bounds, with a ton of content to explore, from a sprawling near future city to an action-packed Online Mode. We couldn't be prouder of the game we've created, and we appreciate all of you who've joined us on this journey in London over the year. We look forward to seeing more of your adventures in Legion!

Until next time, DedSec.