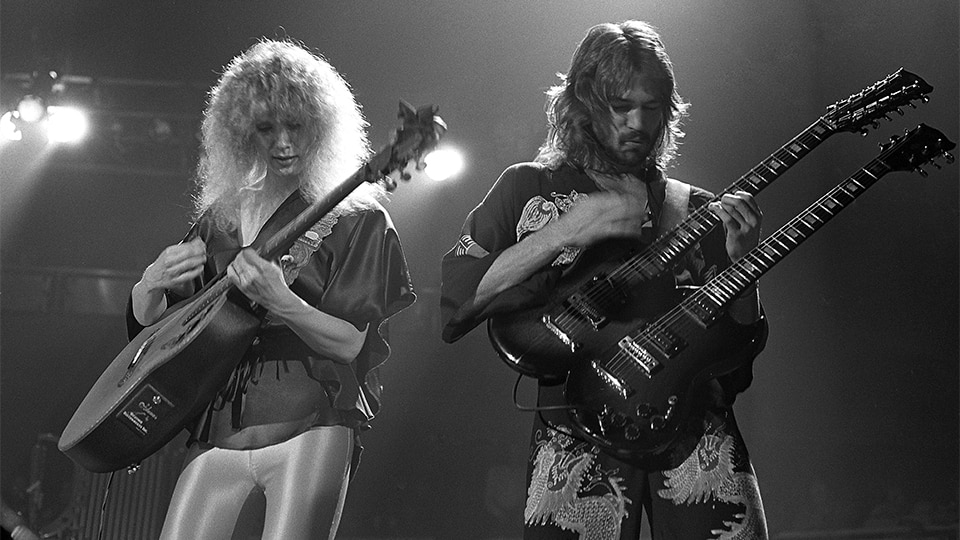 The Battle for Heart's Little Queen

Heart's 1977 album Little Queen almost didn't happen – at least, not the way you hear it today. After "Magic Man" and the success of their debut album Dreamboat Annie, Heart's rock reputation was on the rise, but a legal dispute with their former label threatened to derail their follow-up album. The aftermath of the legal dust-up around the production of Little Queen underscores how music can amplify personal convictions – and how personal convictions can amplify the music as well.

Heart's relationship with Mushroom Records had soured due to the label's marketing tactics, which over-sexualizing the band during the promotion of Dreamboat Annie. Of note was a full-page ad that featured a suggestive photo of sisters Ann and Nancy Wilson with a caption implying they were having a love affair. Enraged that the label would misrepresent the band and undermine their music and their songwriting themes, Ann penned the lyrics to what would become Little Queen's opening track, "Barracuda." The band then severed ties with the record label and moved to CBS' Portrait Records, where they started planning production for Little Queen.

"Kick It Out" embodies the sentiment of pushing back against patriarchal constraints, its protagonist living life in defiance of societal rules.

Here's where things get tricky. While Heart were with Mushroom, the band had started working a new album called Magazine; when the band severed ties, they left behind a partially recorded album and angry executives claiming breach of contract. In retaliation, Mushroom released a half-finished version of Magazine, cobbled together from live recordings and unpolished song demos – and released very much without the band's consent. Mushroom also tried to stop production of Little Queen completely by filing a lawsuit, knowing that until the court case was resolved, Heart would be prohibited from doing any further recording on it. Rather than risk losing valuable time during the lawsuit, Heart opted to record the whole album before their court dates; as a result, the entirety of Little Queen was recorded over the short span of three weeks.

The constraints imposed by this turmoil imbued Little Queen with a fierce energy, turning what had already been a statement about sexism in the music industry into an act of staunch defiance. The emotional range of the album leans harder into the range that Mushroom executives refused to acknowledge: the aggression of "Barracuda," Nancy's virtuosic acoustic guitar work on introspective tracks like "Love Alive," the sonic swagger of "Kick It Out," and Ann's unmistakable vocal acrobatics. You can hear Heart demanding – rather than wishing – to be understood as serious musicians, insisting on having a seat at the table, and maintaining control over how the world gets to see and hear them.

Since the courts eventually ruled that Heart did owe Mushroom an album, the band re-recorded Magazine for the label in 1978 before parting ways permanently. Heart's best revenge was living well; Mushroom closed its doors a few years later, while to see Little Queen – the album the band made on their own terms – went triple platinum.

__Rocksmith+ can help you learn about gear, technique, history, and much more. Join us for the next step on your musical journey. __