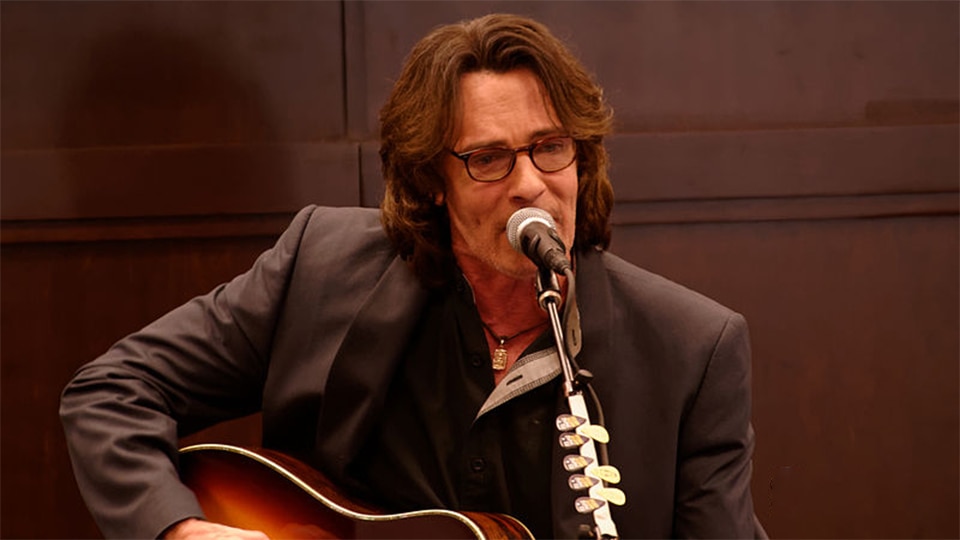 Rick Springfield became a full-on teen heartthrob in the early 1980s, thanks to his dual talents as a television actor and a pop-rock hitmaker. He will always be associated with his hit "Jessie's Girl," which reached #1 on the US's Billboard charts and earned him a Grammy for Best Rock Vocal Performance, Male. The song went on to become a pop-culture mainstay, inspiring an unlikely cover by Finnish metal band Children of Bodom, not to mention a full-blown sequel by Coheed & Cambria – yet the indelible anthem of the broken-hearted still cultivates an air of mystery today…in part because nobody knows who the song is about.

Jessie's girl is real – but nobody knows her name.

“It started with a guy I knew in a stained-glass class that I was taking," Rick told Variety. "He had a brand new girlfriend and she would just have nothing to do with me. I hadn’t written any songs in a while so I was taking this stained-glass class thinking maybe I’ll become a stained-glass master – and so that got me to write that song." Interestingly, Rick no longer remembers the name of his object of unrequited lust, and naturally lost touch with her boyfriend, who later passed away. Even Oprah couldn't locate Jessie's girl, leading Rick to quip "If Oprah can’t find you, then you’re not going to be found!”

The target of Rick's jealousy was named Gary, so Rick tried the song as "Gary's Girl" at first; he changed Gary's name simply because he didn't like how the title sounded when he sang it. He also considered "Randy's Girl" before settling on Jessie, after seeing that name on the back of a sports jersey. Interestingly, he even called the song "Don't Talk to Strangers" for a while, only to use that title on his second-biggest radio hit.

Rick wrote the song, but didn't play the solo.

"Jessie's Girl" came together over a period of two months ("Although it's a pretty simple song," Rick would acknowledge, "it wasn't easy to write"), producer Keith Olsen wanted someone else to play the solo. Neil Gerardo, guitarist for and husband of Pat Benatar, got the session call. The solo's distinctive, full-step bend into a tap and descending double-stop run makes a short, sweet, and creative statement – it's flashy, yet never overindulgent. To paraphrase, ain't that the way solos are supposed to be?