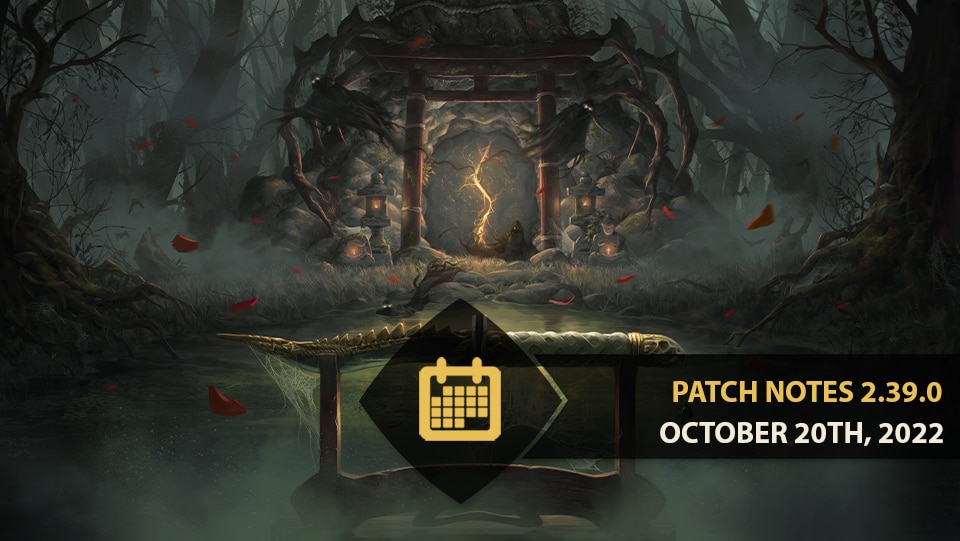 Crossplay Phase 2 is LIVE! Players can now group with their friends from any platform. Here is how it works in 3 easy steps:

For more information, please check out the Crossplay Phase 2 FAQ.

We're improving the input comfort of several Parry Punishes to make them easier to land and require less buffering. The changes have been applied to the following heroes:

We've updated dodge attacks for several heroes to ensure they have proper I-frame timings as well as correct Tracking Breaks. This should allow these dodge attacks to more consistently dodge opponent attacks and counter as appropriate. (In this context, "Tracking Break" refers to the ability for Dodge and Dodge Attacks to force opponents to lose tracking on their target).

I-Frames were added or adjusted for the following attacks:

Tracking Breaks were added or adjusted for the following attacks:

Developer's Comment: This should help Berserker use its Sprint Attack to engage enemies in a slightly safer fashion.

Developer's Comment: Kensei's neutral pressure wasn't high enough, and the hero had difficulty opening up opponents, forcing the hero to wait and use Dodge Attacks to initiate their offense. With the change to the Top Heavy Opener, not only does Kensei gain a 24 damage Guardbreak punish, but also gains a strong neutral opener with the soft feint into Pommel Strike. We've also sped up to Chained Top Heavy to be slightly more effective, and sped up the Side Heavy Finishers so that the soft feint to these attacks work better in outnumbered situations. Finally, we've also adjusted damage numbers for the sped up attacks to properly reflect their new speed.

Developer's Comment: Gladiator can use Fuscina Ictus in chains, but its speed was too slow to be reliable, forcing it to be seldom used. At 500ms, it should be a stronger pressure tool for the hero, and since it also initiates chains it can be used to extend the hero's chains.

Developer's Comment: This should reduce the amount of Sickle Rain ganks that are currently successful in the game - the extra Revenge Feed should ensure that there will be less Sickle Rain loops happening in Shinobi ganks. We've also fixed an issue where Shadow Strike could still be performed while unlocked and purposefully miss to guarantee a Sickle Rain.

Developer's Comment: Black Prior was able to backstep Light Attack Openers and effectively deal with many situations; with this change, this should be slightly more difficult to perform, lowering the hero's defensiveness slightly. We've also improved the speed of the hero's Zone Attack to 600ms; at that speed, it should much more effectively pressure opponents from neutral and give the hero an extra way to open up opponents.

Developer's Comment: Jiang Jun is one of the strongest heroes currently in the game, being must-picked in tournaments and high-level play, due to multiple factors. We're lowering the hero's strengths slightly by slowing down some attacks as well as adjusting the damage output of the hero's strong Finishers. We're keeping an eye on the hero to see if further changes will be necessary down the line.

Developer's Comment: We're focusing on giving Zhanhu better offense by making his Heavy Finishers no longer able to be interrupted by a Light Attack from the hero's opponent - with these new timings, this situation should no longe occur, forcing Zhanhu's opponents to deal with the stronger mixup. We're also adding the ability for the Heavy Finishers to soft feint to Guardbreak to catch roll attempts from opponents.

Developer's Comment: Pirate is still considered by many players to be too strong, so we're looking at lowering her effectiveness slightly. By removing the soft feint to Guardbreak option from Cavalier Dance, the hero should have less pressure when using the move. The change to the guaranteed Pistol Blast's now pushes Pirate players into more skillful plays and encourages choice: when using the guaranteed Pistol Blast, Walk the Plank will not be as frame advantaged and should not be able to catch the majority of dodge attacks during their startup. Not using it, however, should lead to better frame advantage, which then adds this choice: more damage but worse mixup, or less damage and better mixup. We're still keeping an eye on Pirate and will keep adjusting as necessary.

Developer's Comment: Feedback was that these screens didn't feel faster to players after the previous update in Y6S2's Title Update 2. Therefore, we added the ability for players to Skip the current screen, or Skip All screens, by performing an input.