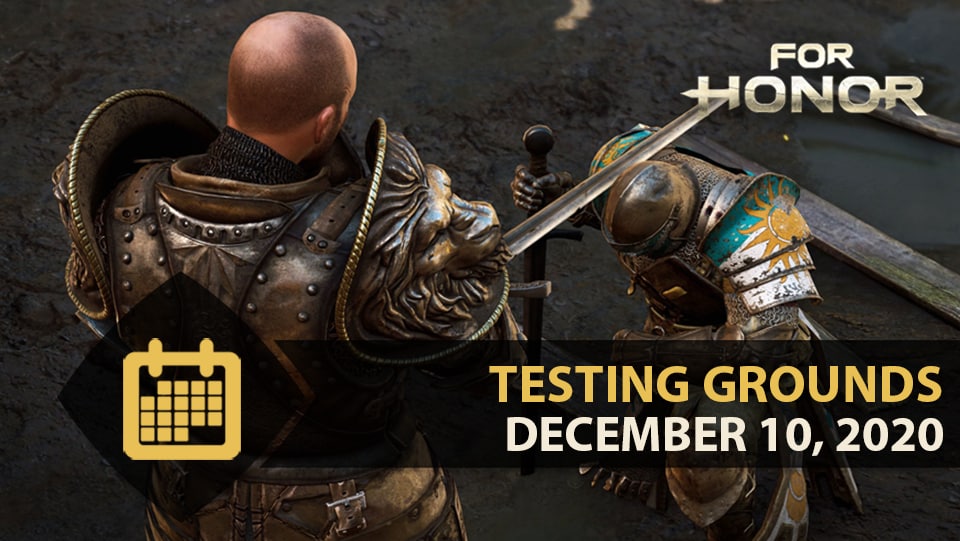 Once again, we’re opening the Testing Grounds from December 10th to December 17th so that you can all try out new hero improvements!

Right here, we’ll be focusing on an overview of the changes and what we’re trying to fix with some of your favorite heroes. If you’re interested in a more in-depth exploration of the changes, we’re encouraging you to watch the Warrior’s Den segment where we go in depth on every change and discuss how it affects that hero’s gameplay.

For Warden, we’re focusing on changes regarding fully charged Shoulder Bash feints and Back Dodge Shoulder Bash, as well as, making the hero more viable in 1v1 and 1vX situations.

Peacekeeper’s changes revolve around giving her more mobility in group fights as well as adding a new synergy point for her Bleeds. We’re also improving her base damage to help her defeat her opponents more swiftly.

Shugoki received changes aimed at some of his Armored moves. We’re also adding two new moves in his arsenal, giving him a way to catch up to rolling opponents as well to deal with bashes.

Finally, with Nobushi, we’re looking to improve her flow so that she is effective in 1v1 as well as in the minion lane.

Dev comment: Warden now has easier access to Shoulder Bash and is no longer limited to using Lights to go on the offensive. These changes along with the changes stated above shifts Warden’s 1v1 playstyle from defensive to more offensive.

Dev comment: Peacekeeper should now have stronger 1v1 pressure as well as be able to execute more often.

Dev comment: Zone Attack has been normalized and with the Unblockable changes now functions as an easy to access mixup from neutral.

Dev comment: This should make it easier to land deflects and removes the necessity to always press Light after a Dodge in case a Deflect was performed.

Dev comment: Removal of Armor on these two moves should make them less oppressive.

Dev comment: Shugoki now has a tool to deal with Melee attacks.

Dev comment: Nobushi’s flow has been improved – Heavy Finishers being Undodgeable gives her a mixup with her Kicks, Zone Attack now also has a built-in mixup and her dodge attacks now give her stronger presence in the minion lane.

We hope you enjoy trying out these changes to Warden, Peacekeer, Shugoki, and Nobushi. We’ll be sending out a survey soon and we’ll be monitoring social media for feedback, so do not hesitate to voice your opinion on the changes.