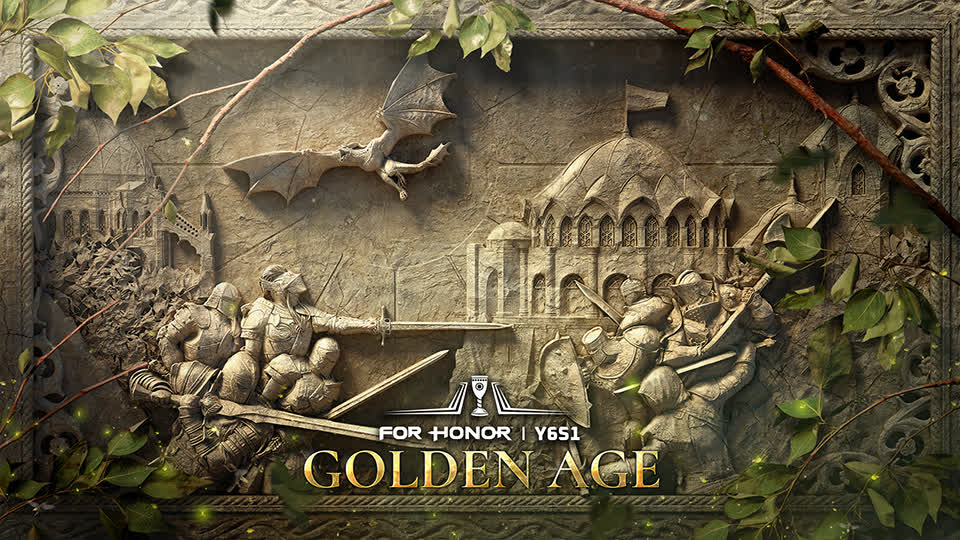 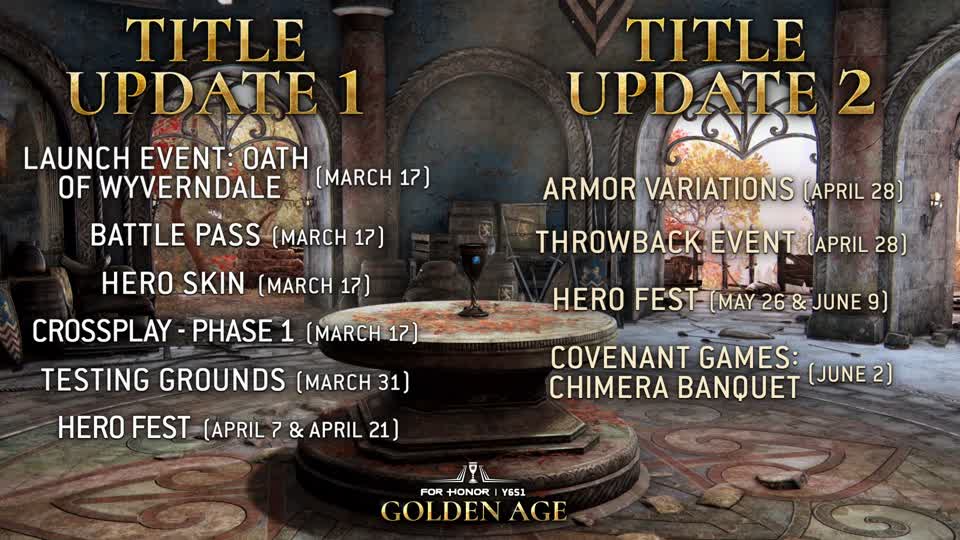 Assassin's Creed For the Creed is coming back in For Honor as a throwback event starting on April 28th.

Once again, Abstergo Industries invite you to synch with the past and unleash your inner warrior. For the first time, this throwback event will be available for three weeks until May 19th. For a limited time, find again mythical rewards from the original event but also new rewards such as in the event pass a new mood effect, battle outfit and a new ornament for all heroes. 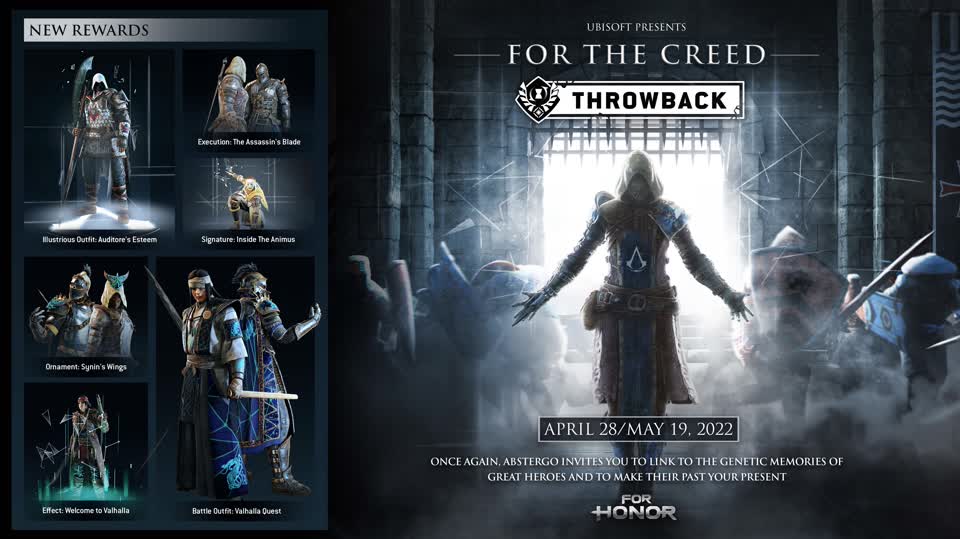 For the occasion, the event brings back the original game mode, a Dominion variation 4v4, Assassini e Templari (or Assassins VS Templars) available for the Maps: Citadel, River Fort and Beach Head. Each team must fight and defeat the Commander of the opposing team. This commander takes the form of an iconic character from Assassin's Creed, either Ezio Auditore da Firenze or Cesare Borgia.

Coming with the launch of this new title update, new armor variations will be also available for all heroes.

Later in the season, two new Hero Fests will happen, Jiang Jun on May 26 and Black Prior on June 9. Don't miss them!

Chimera Banquet is also coming back on this title update from June 2 to June 9 with exclusive rewards.

For the launch of Y6S1 Title Update 2, join the Ubisoft Twitch channel for a let's play on the Throwback Event "For the Creed" on April 28th at 1pm (EDT).