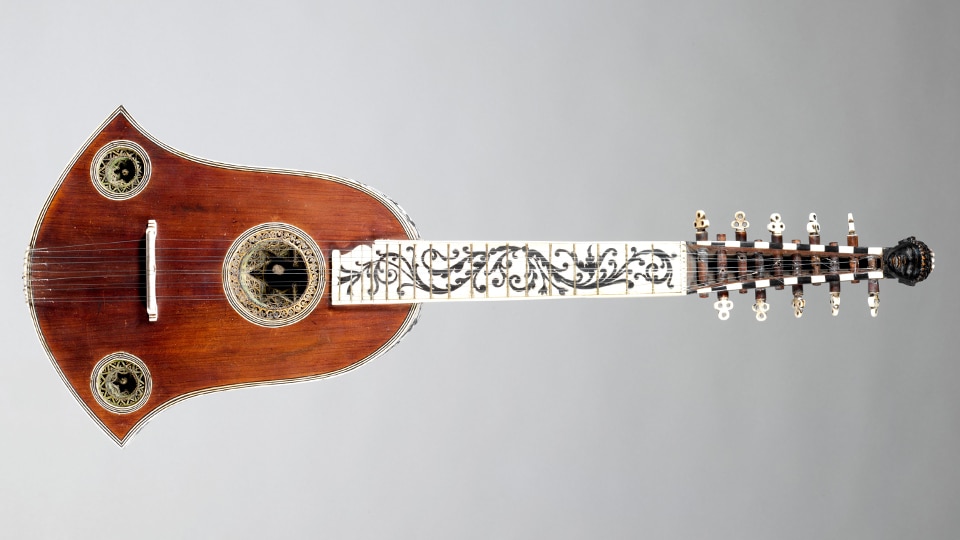 The modern guitar didn't spring into existence in the 1950s as you might have been led to believe – hundreds of years of musical evolution show a diverse if not haphazard evolution of fretted, stringed instruments. The cittern and citole share some similarities with modern guitars as well as each other, and they're important historical milestones on the path from gut-stringed acoustic instruments to modern electric shred machines. 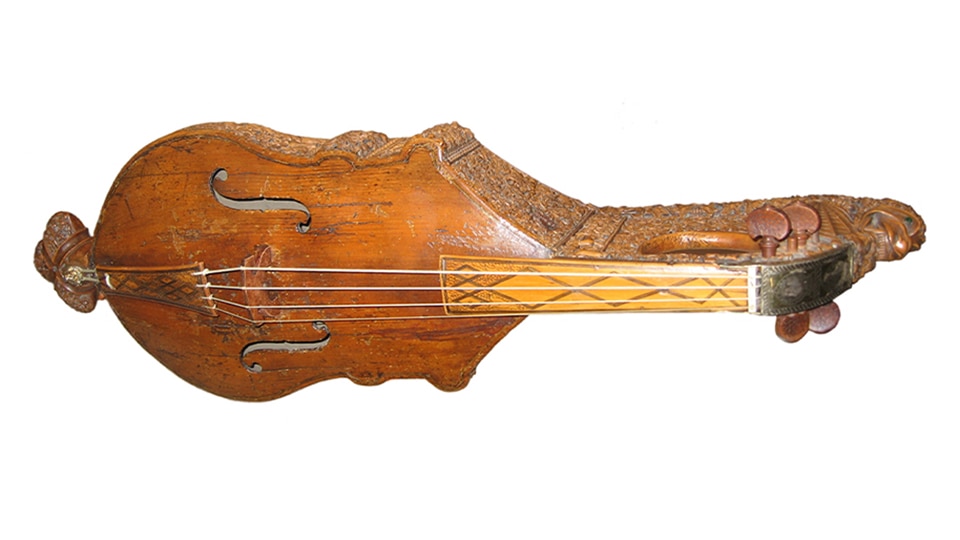 And you thought Les Pauls from the Fifties were rare – this is the only citole in the collection of the British Museum.

The medieval citole had a small, sometimes guitar-shaped body. Carved from a single piece of wood with a soundboard glued on top, the citole has an oddly shaped neck for stability. It was also played with a plectrum, but it was held differently -- at a downward angle, with the strumming hand reaching up from beneath the body. Eventually the neck would get longer and become the more-modern cittern, but this medieval instrument seems to have served a similar function in society to its modern counterpart.

The sole surviving medieval citole at the British Museum (formerly known as the Warwick Castle Gittern) is a misleading artifact, because it has been modernized to look like a violin. It should have tied-on frets, and no violin-like f-holes.

The Cantigas de Santa Maria, played here, is the largest collection of early solo songs in Europe. We still aren’t completely sure what the music would have sounded like, but the research continues!

What did people do in barber shops before the advent of mobile phones? They played citterns like this one while they waited for their turn!

A popular instrument during the fifteenth and sixteenth centuries, the cittern grew out of the citole and was one of the few instruments at the time to feature metal strings instead of gut. Much like the modern acoustic guitar, the cittern was an affordable, easy-to-play instrument that was people from many walks of life enjoyed. They were popular additions to the waiting rooms of barber shops, a popular community gathering place during the time, where people would sing and play for each other while they waited to meet with the barber.

Because the metal strings made the cittern a bit louder it was popular in ensembles, but plenty of solo music survives, too.

The beauty of fretted instruments is that the fretboard layout grants access to many instruments once you understand where to put your fingers. It's no coincidence that guitarists often gravitate to other fretted instruments as they gain experience and confidence. But even more exciting than finding connections between these instruments is seeing how they are different; different tunings and approaches grant you access to a whole other world of music. You don't need to own one of these instruments to take important lessons from it: don't assume what your playing doesn't have a history, but also challenge yourself to find out what it really is. You may learn something that helps you with your own playing.