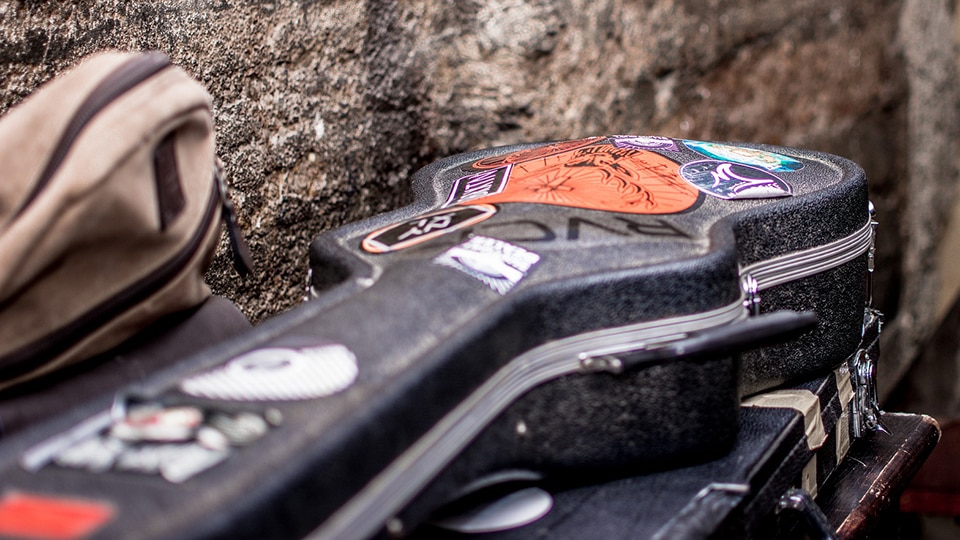 Tales from the Tour: Getting Guitars Ready for Flight

"Sorry, that guitar case is too big to carry on. You'll need to check it."

As a touring musician, these are the last words you want to hear from airline staff before boarding a flight to a cross-country or international destination. But you'll hear it more often than not, as overhead compartments continue to shrink in size and flights remain overbooked – meaning you'll be lucky to get on the plane, let alone your instruments. 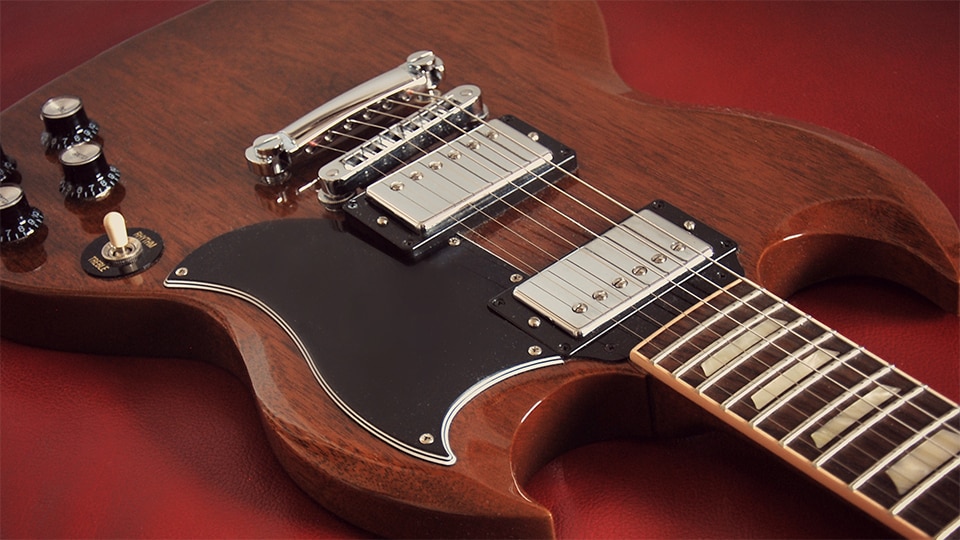 Wood can be damaged by sudden shifts of temperature or humidity – and that's exactly what the baggage hold of an airplane offers.

Somehow I managed to get away with carrying on my Gibson SG all the way to Europe to play some shows with Hammers of Misfortune – including the sold-out Roadburn Festival – and part of the way back. I stopped over in New Jersey to visit my family before heading back to California on a different airline, when a staff person stopped me at the gate and whisked away my prized possession to somewhere deep in the bottom of the plane. When I landed and picked up the case at baggage claim, the guitar felt like an icicle – it was late winter after all, so the SG basically spent 6 hours in freezer-like conditions. Miraculously, it survived without warping! Exposing wood extreme temperature and humidity changes can literally change the shape of your guitar neck, which can then prevent it from staying in tune. This is precisely why you want to bring your instruments into the plane as carry-ons whenever possible. 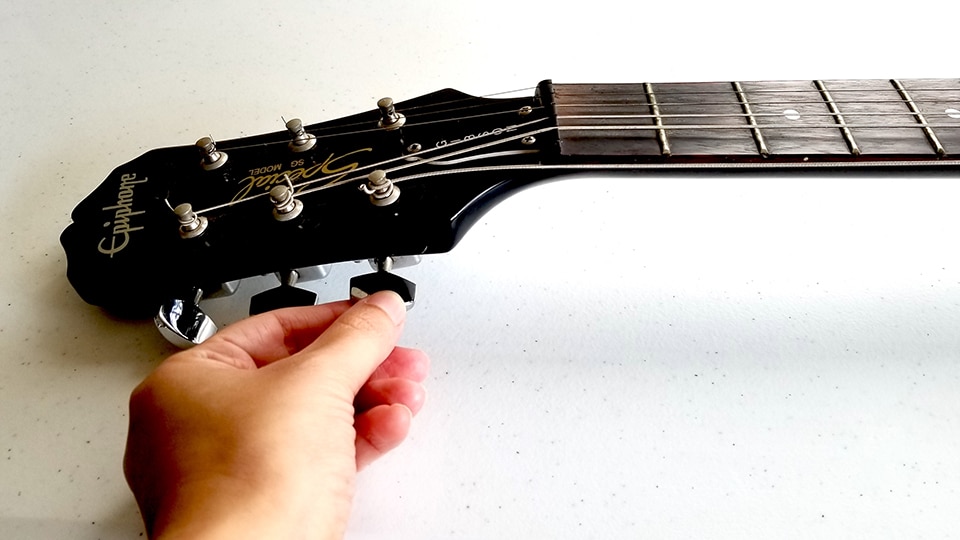 It's a good idea to reduce the tension on your neck before any major travel with your guitar or bass.

I did loosen my guitar strings before boarding all of my flights, and I'd recommend you do that any time you fly with your guitar. Temperature and pressure changes during the flight can cause damage to the guitar neck with the added string tension. Also, duct-taping down the latches on my guitar case gave me additional peace of mind that the case wouldn't fly open as it got tossed around on luggage belts.

I remembered the usual stuff to pack, including extra strings, wire cutters, and nail clippers – you don’t want long fingernails getting in the way of fretting notes. I brought European plug adapters for devices that can operate on 220 volts (guitar pedals, laptops, and cell phones) but made the mistake of frying out my flat iron which only runs on the American standard of 110 volts! 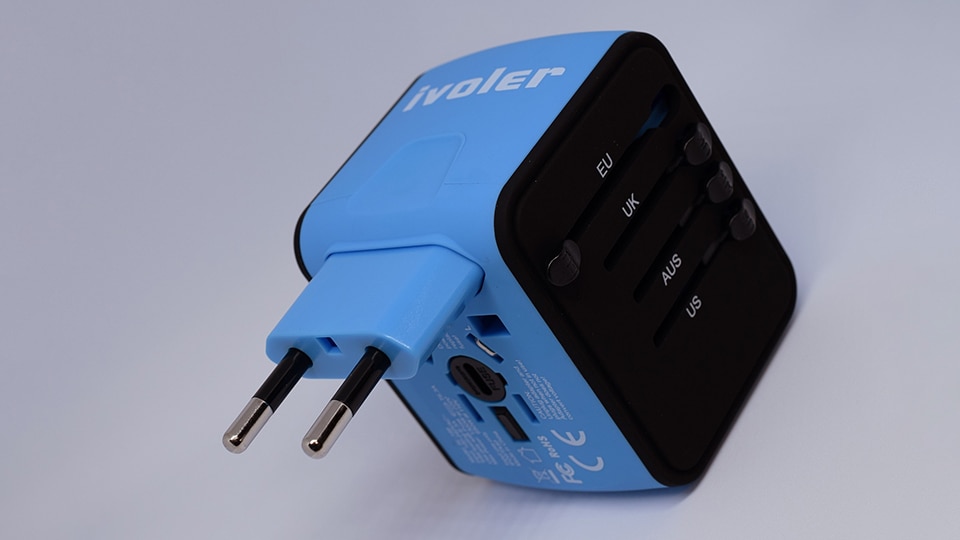 Just buying an adaptor to convert from between types plug isn't enough! Also make sure your devices' power supplies can operate on the target country's voltage, or you'll get a smoky surprise.

On a later trip with Hammers of Misfortune, I wasn't so lucky after checking my guitar on a domestic flight to play the Fall into Darkness Festival: the nut cracked slightly around the slot of the low E string so that the string buzzed at the first three frets, deeming them unplayable. I didn't want to raise the action because I play a lot of single-note leads, and I knew that would make them much more difficult to play without any practice. Fortunately, two of my bandmates were tech-savvy enough to share a quick fix until I got the nut repaired: I could slot in a little cardboard from a matchbook between the broken nut slot and the low E string. That raised the string enough to stop buzzing, and I was good to go for the show. 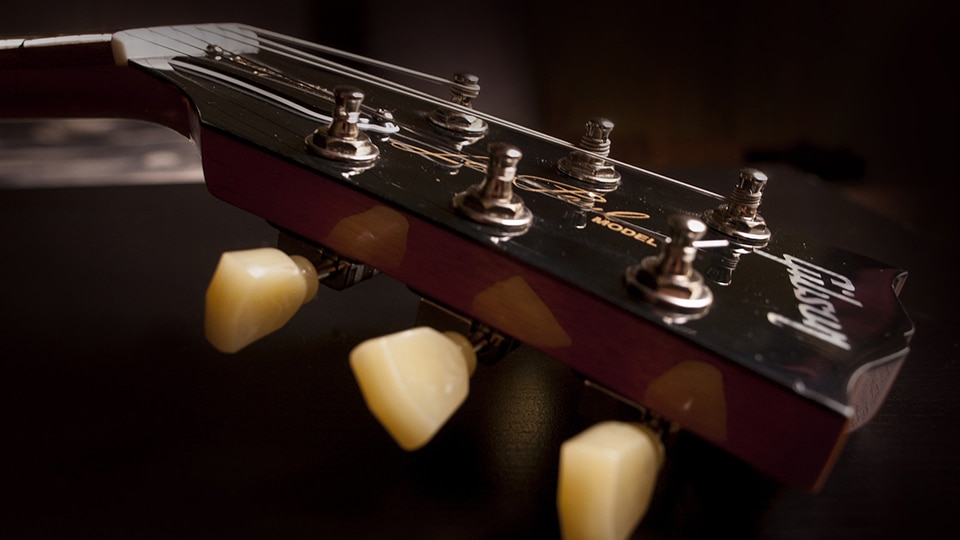 You might be lucky enough to find a guitar store that can replace a broken nut in the road, but minor hacks like the matchbook trick can save you in a pinch.

It's always safest to carry your guitar onto a flight – but when you can't, invest in a solid road case that secures your guitar's neck. (Wrapping a small towel around the headstock is another way to help do this.) It's always a risk when checking your instrument as baggage, but the show must go on!

"Travel adapter plug" by aixklusiv is licensed by Pixabay.

"Electric Guitar Strings Musical" by StockSnap is licensed by Pixabay.