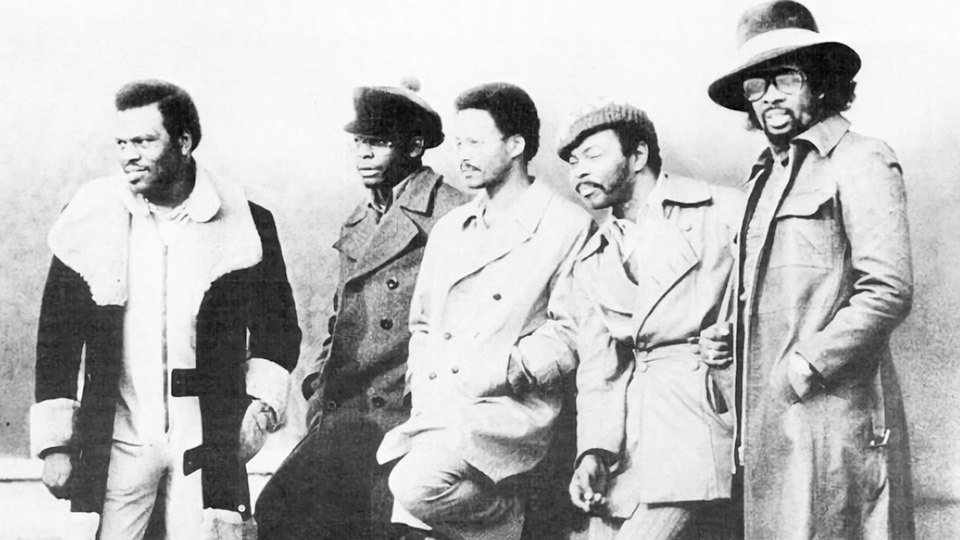 "Shining Star" and the Philly Soul of The Manhattans

Through their Philadelphia International Records label, Kenneth Gamble and Leon Huff helped to transform the sound of 1960s soul into something more lush, symphonic, and dramatic. Lavish instrumental arrangements with sweeping strings and piercing horn sections dominated R&B in the early 1970s, embodying what became known as "the Philadelphia sound" or simply "Philly soul." Infusing funk and jazz influences, the orchestrally-laden soul music set the stage for disco later in the decade -- what James Brown and Parliament-Funkadelic trombonist Fred Wesley described as "putting the bowtie on funk."

Enter The Manhattans, a popular R&B vocal group from nearby Jersey City who claimed to name themselves after the cocktail rather than the nearby island. With roots in the early 60s doo-wop era, they hit their stride in the 1970s, striking gold with "There's No Me Without You" and chart-topper "Kiss and Say Goodbye," the second-ever single to go platinum after the Recording Industry Association of America introduced that certification in 1976. Penned by Manhattans member Winfred "Blue" Lovett, who also performed the spoken baritone monologue in the song's intro, "Kiss and Say Goodbye" captures the essence of Philly soul, with its soft strings, organ and vibraphone melodies countering the mournful lead vocals courtesy of frontman Gerald Alston. It's no coincidence that the backing band was none other than MFSB – which stood for "Mother, Father, Sister, Brother" – a pool of over 30 musicians who laid the foundation of the Philadelphia sound, and the house band of Philadelphia International Records.

"Shining Star," The Manhattans' highest charting hit since "Kiss and Say Goodbye," is another sweet slice of Philly soul from 1980, with all of the genre's hallmarks: lush string washes, punchy horns, organ, and funky bass lines. The group's dynamic back-up harmonies weave in and out while Gerald's lead vocals carry the song's narrative, highlighting certain phrases: "Honey, you are my shining star" and "Wanna be here right where you are." What sets this song apart from the rest is its brief, catchy, and repetitive guitar hook, based on a I-IV progression, while major seventh chords from the organ add color to the overall sound. Based around E and A chords, the guitar line uses an open C chord shape at the seventh fret with a couple of hammer-ons from D to E on the D string, before strumming an A major seventh chord. Sampled by several hip-hop artists since, the guitar hook obviously made a considerable impact in the decades to come.

The sampled guitar hook in "Shining Star" isn't The Manhattans' only connection to hip-hop. Manhattans signer Gerald Alston sang lead on Wu-Tang Clan's "Stick Me For My Riches" on their 2007 release 8 Diagrams. The track is an impressive slab of lamenting soul-rap, a six-minute evolutionary link between Philly soul and hip-hop, and one of many ingenious generational and musical crossovers that prove that genres don't exist in a vacuum.

"The Manhattans" by Starday-King Records is in the public domain.