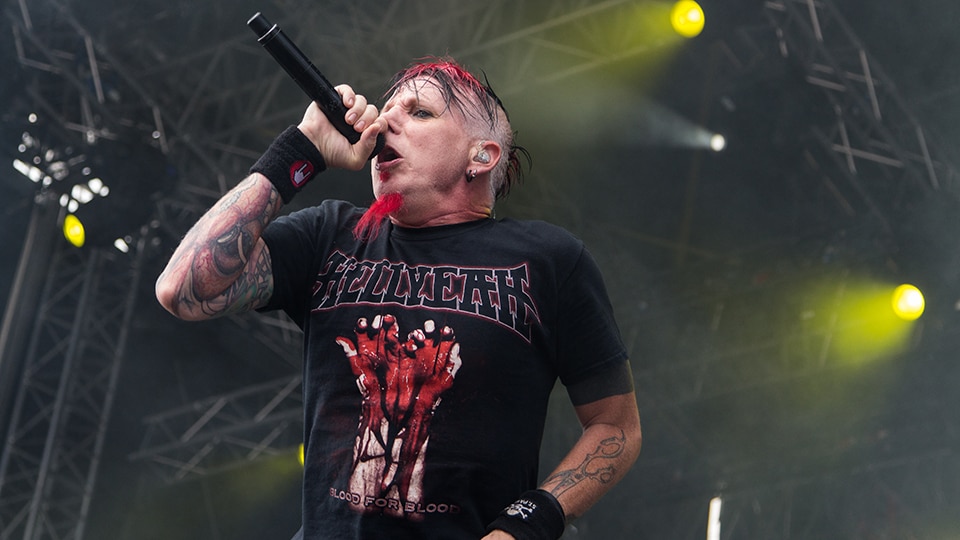 Three Mudvayne Songs to Creep You Out This Week

As the weather cools and the days grow short, you'll want to dig into Mudvayne's discography for some darker and heavier listening. Beyond their theatrical live presence replete with body paint and stage names, the nu metal quartet draw upon an eclectic set of influences from death metal, punk, and grunge to progressive rock, jazz fusion, and hip-hop. While head-banging riffs in drop B tuning (B-F#-B-E-G#-C#) give the compositions their death-metal edge, lead singer Chad Grey's lyrical style is nightmarishly sinister, yet also emotionally vulnerable and self-reflective. Here are some haunting tracks to get you in the gloomy seasonal mood.

From their critically acclaimed debut L.D. 50 – the title which, eerily enough, is shorthand for "median lethal dose" – "Death Blooms" showcases groove-laden riffs at constantly shifting tempos, with progressive breaks at the 1:50 mark reminiscent of early 80s-era Rush. Chad Grey's vocal performance varies between shouting and death growls to soaring, heartfelt melodies. Lyrically inspired by his grandmother whose family neglected her as she got older and who had a profound influence on his life, Chad summed up the song's premise in an interview with MTV: "The song is basically about being OK to die. You have to have a sense of self-fulfillment before you're actually able to go to the other side and be prepared for it."

Conceptually based on the real-life serial killer Ed Gein (the inspiration for multiple murderous characters from horror films), this song from the debut is chock full of tri-tones, historically known as the "devil's chord." Gradually building in volume from a quiet, Nirvana-esque intro, "Nothing to Gein" blasts into full aggression while also featuring bassist Ryan Martinie's virtuosic slap style and enormous tone. Simultaneously dissonant and funky, Mudvayne's cross-genre influences are on full display in this creeper of a track.

A more downtempo tune from the band's self-titled and most recent album from 2009, "Scream With Me" showcases Chad's more emotional side, with lyrics about deep depression and despair – "Ever feel like dying, ever feel alone, ever feel like cryin', lost child in a store" ¬– while venting one's frustrations: "Stand in the corner and scream with me, a body full of empty, a head that's full of rage, better believe it!" A tasty solo full of unison bends comes in just after the two-minute mark, then dynamically drops out for an acoustic guitar break with hushed vocal lines before a final round of the fist-pumping chorus. At this point in Mudvayne's career, the band members had already done away with the "alien freak show" makeup, claiming that the music was more important than the visual aspects. Perhaps going makeup-less inspired the lead singer to write more vulnerable lyrics, revealing the actual real-life darkness of humanity.

"Chad Grey from Hellyeah at the See-Rock Festival 2014" by Alfred Nitsch is licensed under CC BY-SA 3.0 Austria.