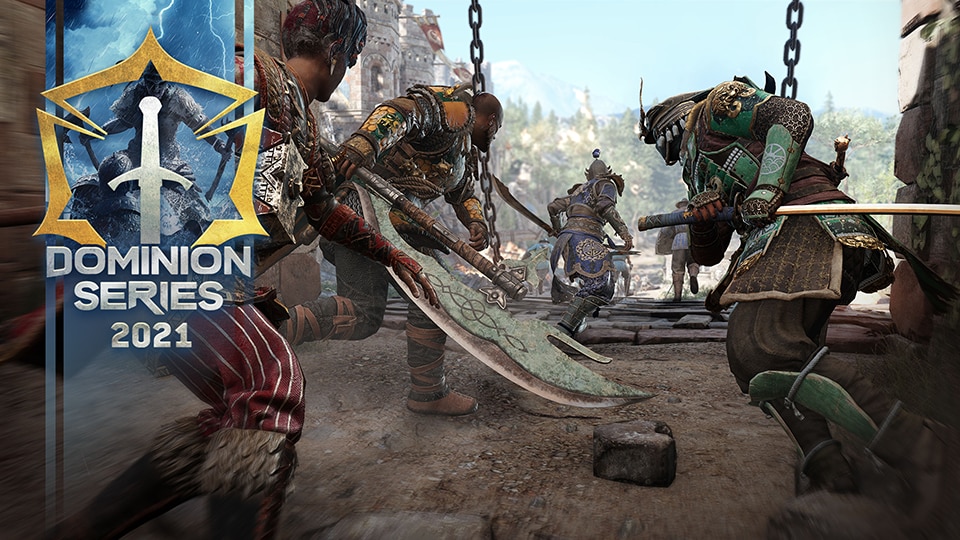 Just like the previous two stages, Stage 3 began shortly after the launch of Year 5 Season 3: Tempest with 4 open qualifiers. Winners of each qualifier will be competing in the Major for cash prize and point earnings, counted towards qualification for Stage 4, which consists of the Last Chance Qualifier and Championship Final.

For more information about the 2021 Dominion Series, visit the official battlefy page at https://battlefy.com/dominionseries

Major Format The Stage 3 Major consists of the 4 winning teams from the Stage 3 Qualifiers. They will compete in a double elimination format with a bracket reset for the Grand Finals. The initial bracket seeding based on order of qualification. All matches will be played Best of 3.

For full context of the teams and players participating, we highly suggest you check out the VODs of all the qualifiers, which were streamed by the For Honor Discord Dojo (EU) and Norgoz (NA). Below are the links:

Additionally, TheFilthySpaniard has written a more in-depth summary of all the teams and the meta shift for Stage 3 – catch up on all the drama and betrayal that has occurred here: https://www.reddit.com/r/CompetitiveForHonor/comments/qt0km0/catch_up_with_the_dominion_series_before_the/

VIEWERSHIP REWARDS
By tuning into the Major broadcast, viewers will be able to unlock exclusive in-game rewards through Azarus after authorizing their twitch account with the extension.

Viewers will earn points to unlock 5 tiers of rewards through watching the streams and correctly answering Challenge Questions based on the broadcast.

Additionally, the top 3 viewers who earn the most points by the end of the broadcast will earn the Grand Prize of 100K of Steel.

Here is the breakdown of the tiers of rewards for Stage 3: