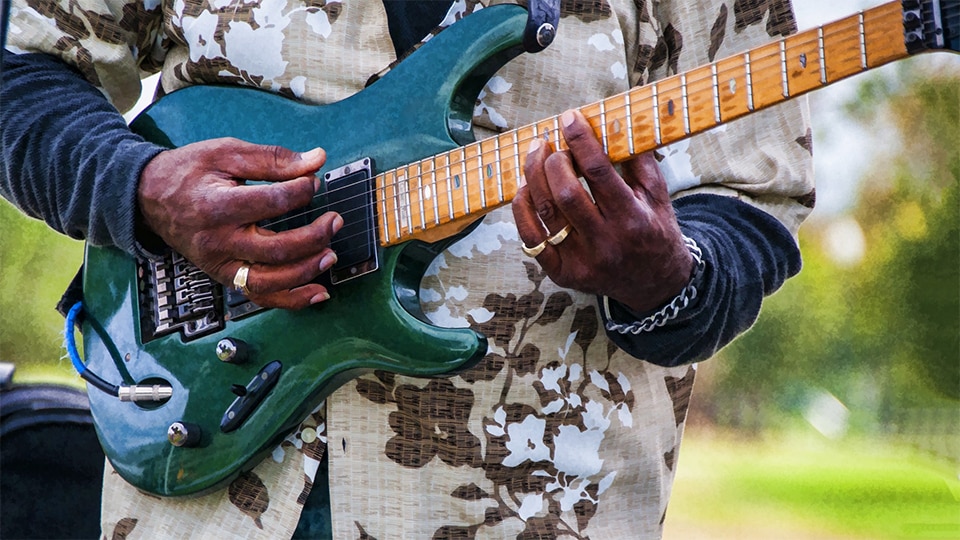 Chord progressions are the sequences of chords that make up the harmonic backbone of a song. Whether simple or complex, they are the foundation upon which the rest of the song – melodies, solos, riffs – are built. 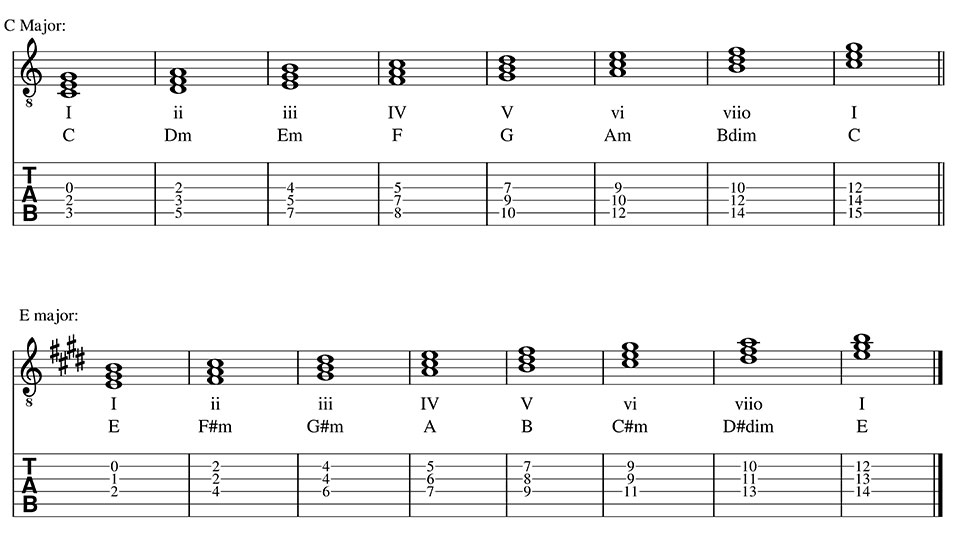 When writing out chord progressions, the Roman numerals in the example above are shorthand to express chord progressions in any key. Each Roman numeral represents the function of a specific chord within a key. For instance, no matter what key the song is in, the ii chord will always be the chord built on the second scale degree of the relevant scale. Because Roman numerals represent the relative position of chords in relation to each other rather than being tied to specific frets or notes on the keyboard, they can be used to show the relationships between chords in any key. 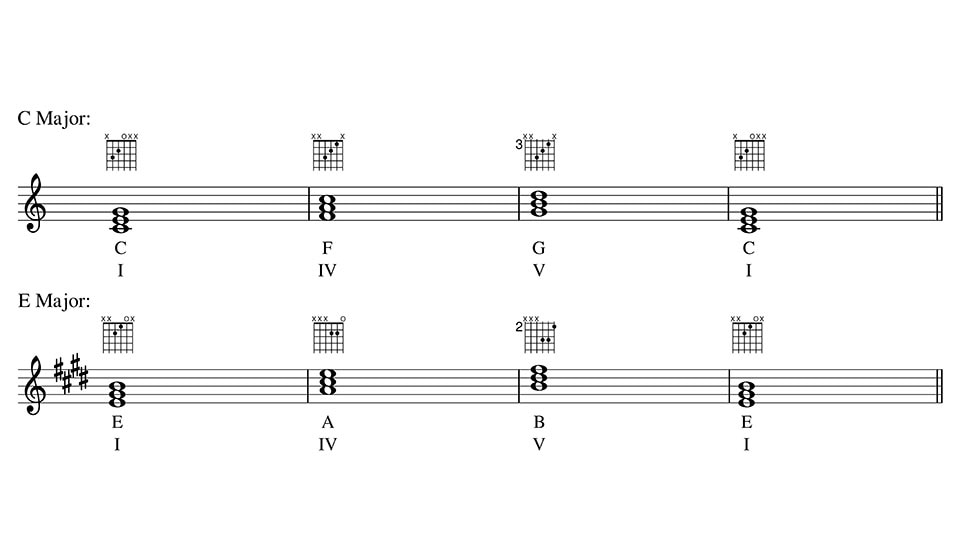 While the chords in each of these two passages are completely different, the relationships between the chords remain the same. Because of this, they have the same Roman numerals.

Depending on which position they have on a given scale, different chords sound “stronger” or “weaker” than their counterparts. Knowing these distinctions makes for building more effective chord progressions. In this context, “strong” chords either feel the most or the least stable in the key, the least stable pulling toward the most stable. The strongest chords, according to the rules of functional harmony are the tonic and dominant – or I, V, and often viio – chords. Because the V and viio chords contain what is referred to as the leading tone of the scale – a note one half step below the home pitch of the key – it is unstable, the dissonance between these notes pulling chord progression back toward the tonic. The tonic, on the other hand, gives much-needed resolution to the V chord and establishes itself to feel like “home” within a key. The ii and IV chords are considered predominant chords because they set up V and viio. Mediant chords, or iii and vi, don’t move the harmony along as much because they share two notes in common with the tonic and thus sound similar.

If you play the chords in an order where one leads logically to the next, you can make the phrases of your songs sound more like statements with a beginning, middle, and end. Don’t feel like you are obligated to write chord progressions this way; there are plenty of other ways to write them that defy expectations or don’t change chords at all. Nevertheless, knowing which chords work well together will help you to make better choices in these situations as well. Try out different chord progressions and listen to whether chords “pull” toward or away from one another. Take note of these sounds and listen for similar moves in songs you know and love.