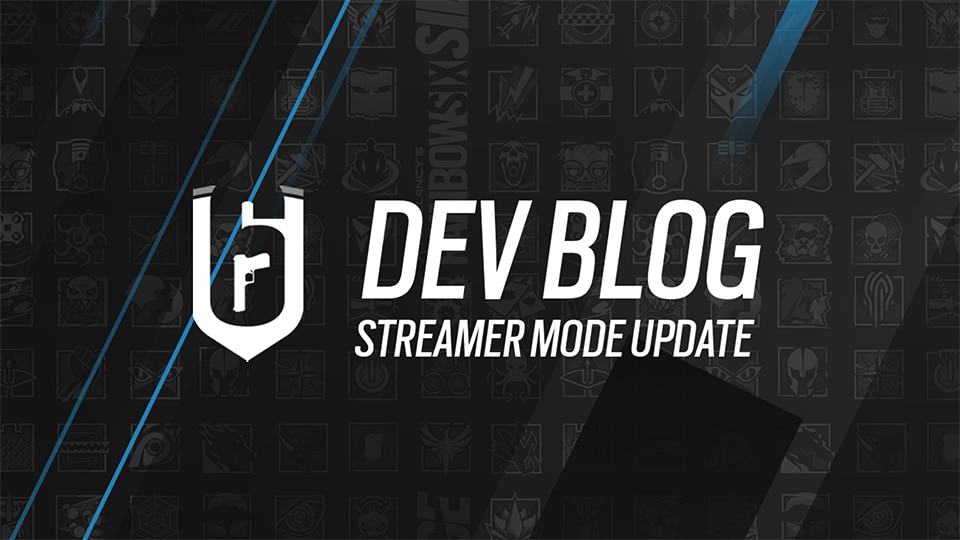 In August 2021, we released an article outlining the top issues and community concerns among the Rainbow Six Siege community in which we informed our intention to provide a complete solution to protect our content creators. In this update, we will provide insight on what we will soon be doing for the protection and privacy of all our players, including our streamers.

The protection of our entire player community is important and key for our game. In addition to the importance of this subject for our content creators, we believe that it is also everyone's right to be protected while playing.
Therefore, we are working on establishing sustainable solutions to protect all of our users, not only at the game level, but also at the account level with several Ubisoft partners and teams.

We are motivated by the same goal: improving our users' protection. Whether it's by giving more control over their personal data or public identity, we believe that our users require and deserve an improvement on this matter. We are aware that changes must be done within the Ubisoft environment and externally (external third-parties).

For this reason, we are working on three fronts:

Consequently, it is no longer only about protecting our streamers, but all of our player base and, even more globally, all users of Ubisoft services.

Players will see a new section in the Options menu called "Privacy" which will contain all the current options related to queue sniping that were deployed with Y6S1.1. To discourage and prevent disruptive players from using streamers' public information in a toxic way, we improved and created a new set of options that will allow players to increase their gameplay privacy while being able to keep their legacy name without the need to create multiple accounts or change their account name to avoid stream snipers. Hence, here is the set of options that will compose this new protection:

Status: Planned to release during Season 4, but not at season launch.

Privacy and Data Sharing at the account level remains a particularly key point.
We are currently working with internal service partners at Ubisoft to establish and provide sustainable solutions from the short to long-term. We are aiming to better protect our players and global users by increasing the protection and control over their data at the Ubisoft level.

Our end goal remains to protect anyone in terms of identity in Rainbow Six Siege, but to ensure a smooth deployment and to gather key players’ feedback, we will first release to a small pool of content creators, who remain one of the user groups most impacted by identity-based harassment in-game. Our plan is to roll out this feature in a gradual way, which will allow us to stress-test the functionality of each setting and allow adjustments to be made before a wider release.

To summarize, these first sets of privacy settings described above (including part of the account privacy settings) will be deployed initially on Rainbow Six Siege on PC via a soft-launch release to a limited audience during Season 4. Following the results of the soft launch, these features will roll out publicly to our entire PC community. As noted above, the “Account Identity Privacy” option is more experimental and is possible not to ship publicly with the rest of these options. We are also planning to extend these privacy features to console players in the future.

Rest assured that this topic remains a top priority on the Rainbow Six Siege development team and across Ubisoft. The Player Behavior team and the different stakeholders involved are committed to protecting our players' personal identity and providing a safer environment for our players.

We will release a roadmap around the launch period of Season 4, followed by further planned updates to be released iteratively. We will continue to inform you of the long-term plans including console release.