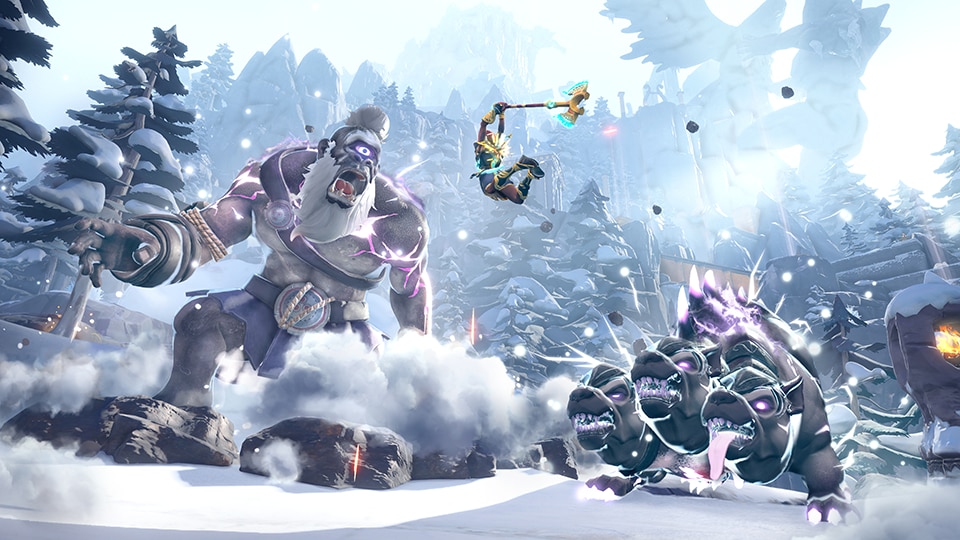 Your Guide to the Mythical Creatures of the Golden Isle

While playing Immortals Fenyx Rising, you will encounter a wide range of mythical creatures. Today, we’ll introduce you to some of these creatures while also breaking down the way their difficulties are ranked and highlighted so you don’t get in over your head.

In Immortals Feynx Rising, enemy difficulty is ranked by color. Just one look at a foe is all that’s needed to understand how much of a threat they pose. Take a look at the following scale to get an idea of these difficulty ranks.

Brown (uncorrupt): These enemies will not attack on sight but will defend themselves if provoked. Be careful of these alpha animals while exploring because while they don’t pose an immediate threat, they can turn the tide in an already-difficult fight if aggravated.

Red: Red enemies are base-level enemies and provide a healthy challenge but can be bested with careful use of your many skills.

Blue / Purple: Blue and purple enemies are elites. They provide a greater challenge and should not be underestimated. Make sure you’ve upgraded your gear and abilities at the Hall of the Gods before tackling these foes!

Gold / Green: These enemies are lieutenants and act as a true test of what you’ve learned over the course of your journey. They are among the toughest foes the Golden Isle has to offer but promise greater rewards for besting them.

Grey: Grey enemies are legendary foes and the strongest creatures you will encounter on your journeys, save for bosses and some other surprises. Proceed with the utmost caution and be prepared to use everything at your disposal to come out in one piece.

An Abridged Bestiary of Mythical Creatures

The Golden Isle is home to countless mythical creatures, both big and… bigger. Below, we have provided notes on some that you may find lurking in the early stages of your adventure. 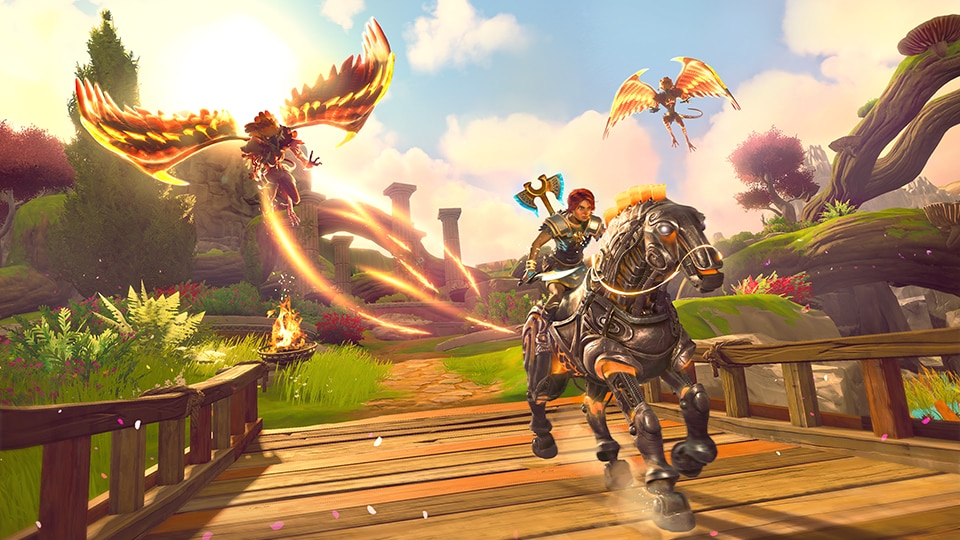 Harpy: Harpies can often be found hunting in groups and use both ranged and charge attacks to overwhelm you. While it can be difficult to adjust to the sky as your battleground, flying enemies are best challenged with a bow or air attacks. Remember: you can also use your parry to counter their projectiles to create an opening for a counterattack.

Cyclops: These sizable opponents will use their strength to challenge and overwhelm you. As a result of their monstrous size, they are quite slow. Use your speed to counter cyclops and watch out for their ground stomps which are unblockable. 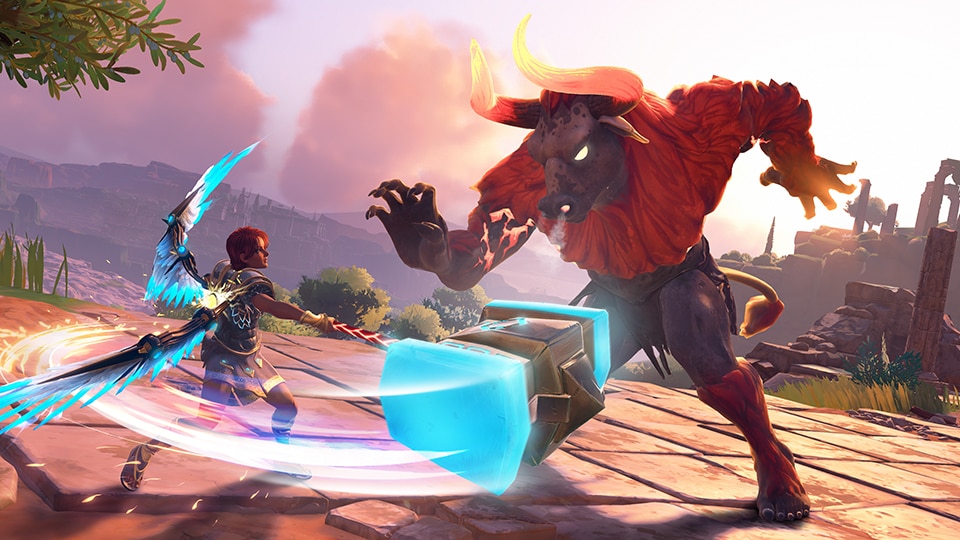 Minotaur: Minotaurs are other powerful enemies you’ll butt heads (and horns) with. They are very resistant to damage and incredibly mobile. Wait until the perfect moment to dodge out of the way of their charge attacks and utilize the environment to stun them, earning yourself a chance to attack.

Gorgon: Gorgons roam the Golden Isle, boasting a strong mix of close and long range attacks. Offsetting their wide range of attacks, they are quite slow so make sure to avoid tail swipes and parry their long range beam to stun them.

Wraith: Little is known about these mysterious and deadly foes, aside from the fact that they are corrupted heroes. If encountered, they will tirelessly pursue adventurers until they leave the current zone.

This is just the tip of the bestiary iceberg. What other fearsome foes and surprises can you expect on your journey across the Golden Isle? Only time will tell! 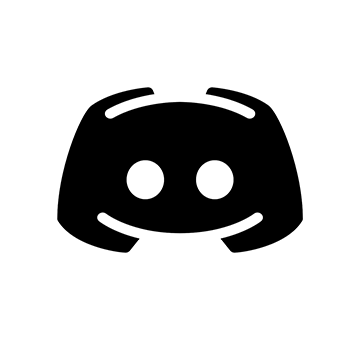