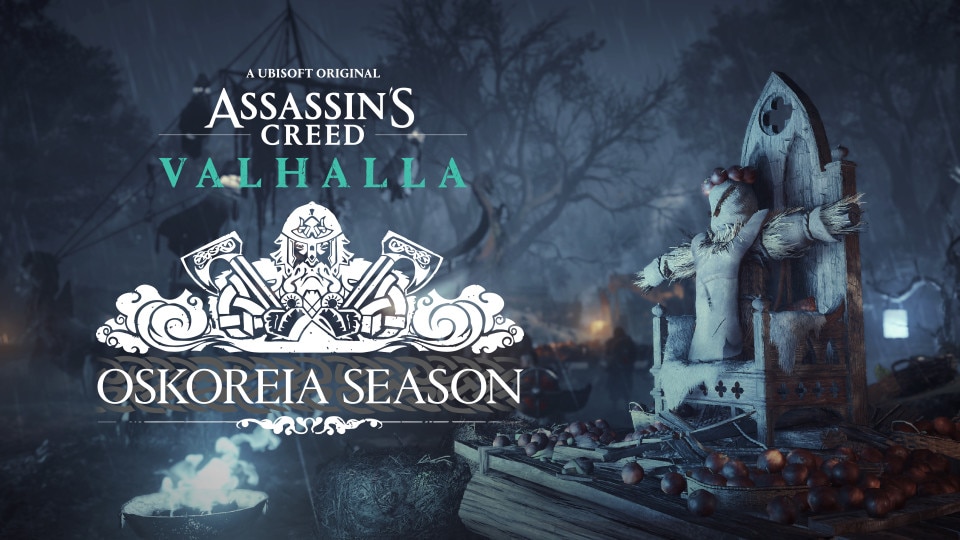 Assassin’s Creed Valhalla: Oskoreia Season and Tombs of the Fallen

The harvest season marks the start of Odin's Wild Hunt. In this otherworldly tradition, spirits of the dead rise and savagely hunt the weak among the living. Defend your settlement from this harrowing threat by proving the Raven Clan is no easy prey. In this free, limited-time event, you'll find new activities and quests, and a peculiar new stranger, all to reap a wealth of rewards. The Oskoreia Festival will be available from November 11 to December 2.

*Progression requirements: Players must reach England and complete one of the first two narrative arcs (Grantebridgescire or Ledecestrescire) and have a settlement at Level 2 to participate in the Oskoreia Festival. 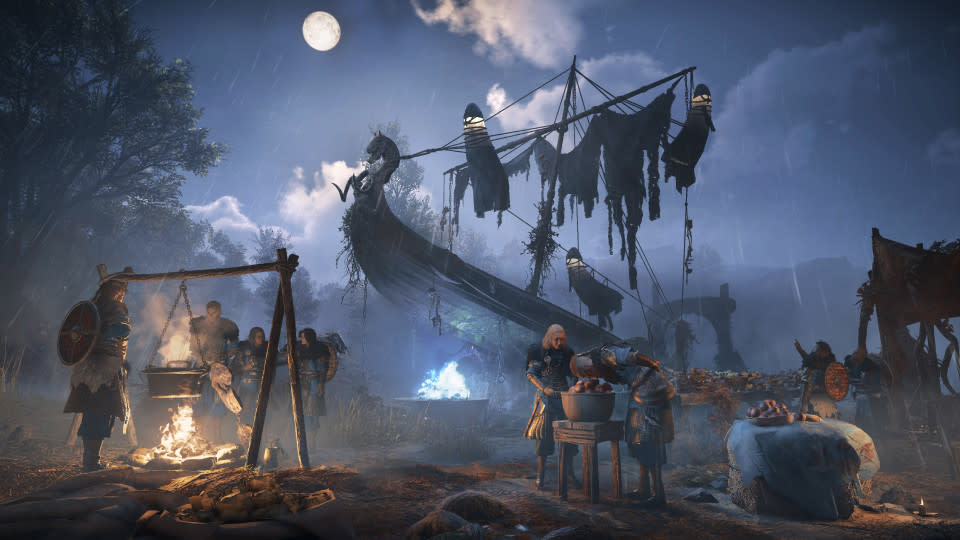 A ghastly fog has enveloped Ravensthorpe. Some claim this spectral shroud offers protection from the spirits of the Wild Hunt, though others disagree. Regardless, the festivities go on! In the Oskoreia Festival, you'll partake in three replayable activities -- archery, horseback riding, and a new tournament against spirits.

A new horseback riding track makes its way around Ravensthorpe and time is against you! Use your mounted archery skills to clear blockades and hit specific targets to increase the timer. Each shot that hits the mark will grant you more time to stay in the race and give you a chance to reach the finishing line. Finish with enough time on the clock and earn a bronze, silver, or gold medal!

In the Oskoreia tournament, you'll be cast into the Veil. In this spectral realm, you'll fend off waves of spectral warriors as swiftly as possible. Face the various challenges ahead, from trained warriors to untamed beasts and monsters, and unlock harder levels to put your fighting skills to the ultimate test.

The archery contest returns with a twist! Shoot as many targets as possible to win points, but beware of the newly added friendly targets, as they will impact your progress and keep you away from the highest score! 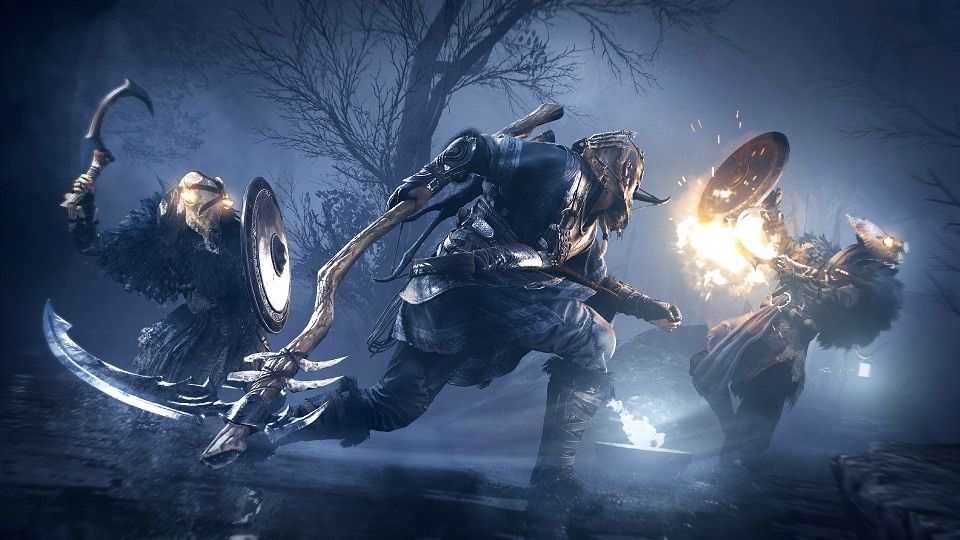 New quests during Oskoreia's festivities will see you protecting Ravensthorpe from harmful spirits. With such a troublesome threat, you'll take aid from a strange newcomer, the Mad Monk, in the quest "Homeward." After dealing with the Monk's antics, you'll have a chance at flexing your deduction skills in "An Honorable Death." In this quest, you must solve the mystery of a fallen warrior whose name is written among those remembered yet recognized by none. 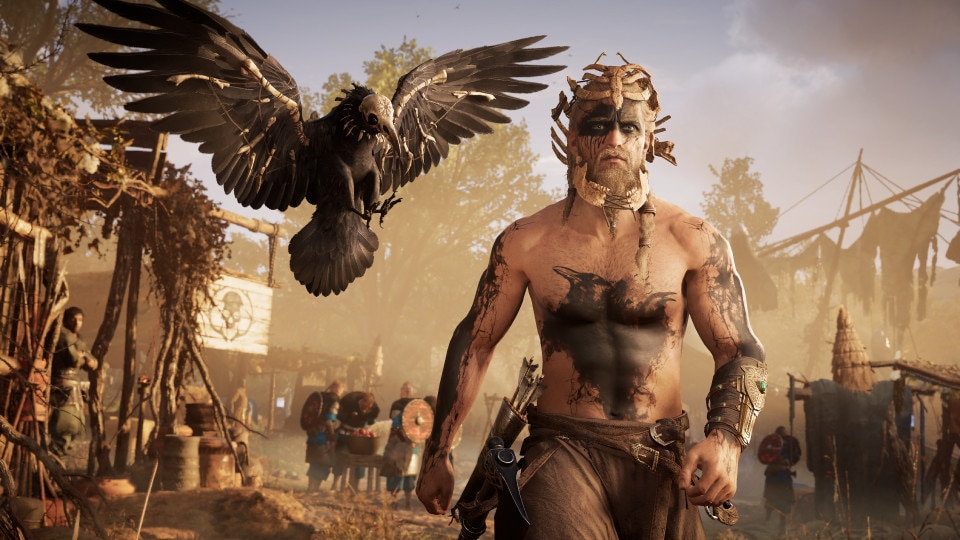 Completing activities and quests will earn festival tokens to spend at Norvid's shop, filled with an array of frightening items, including the most fearsome weapon, Hel's Scythe. Tokens may also be spent on settlement decorations, as well as new "bone" hair and beard styles, guaranteed to inspire fear in your enemies. You can also get your hands on a tattoo set and a new raven skin.

TOMBS OF THE FALLEN 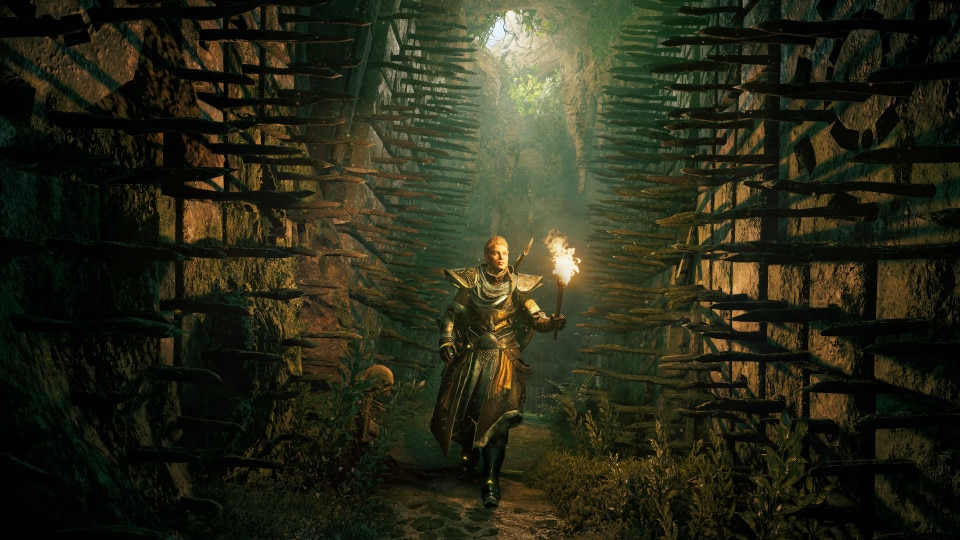 Adventure calls and those curious enough to answer will find the all-new Tombs of the Fallen. In these puzzle-focused tombs, you'll delve into vast, hidden subterranean caverns to be rewarded with tales of mystery, history, and irresistible loot. Use your parkour abilities to make your way through these tombs filled with danger -- watch out for traps and poison! Observe and explore your surroundings, and solve environmental puzzles to acquire time-forgotten treasures.

Scattered across England, these sprawling dungeons will be available from the moment you unlock your settlement, with no other prerequisites needed besides your ability to track them all down. You'll be able to traverse these forgotten tombs for free starting November 9.

For the achievement hunters, you can unlock two new trophies -- Spelunker and Crypt-ologist -- by completing one and three Tombs of the Fallen, respectively.

A YEAR IN VALHALLA

On November 10, Assassin's Creed Valhalla celebrates its first anniversary! Keep your eyes on our social channels to participate in the birthday celebrations!

Exciting new rewards for our community will also be up for grabs! Available on November 9 from Ubisoft Connect, you'll be able to redeem a free gift of 50 Opals, as well as the new Mentors Guild back tattoo design. For 100 Units, you'll be able to secure Valravn's Claw, an elegant new one-handed sword designed by the members of the Mentors Guild. Starting November 11, earn an exclusive unicorn mount and Assassin's Creed crest back tattoo by participating in our Special Event Challenges.

Thank you for playing and stay tuned for more details on Year 2! There is much more to uncover in Assassin's Creed Valhalla.