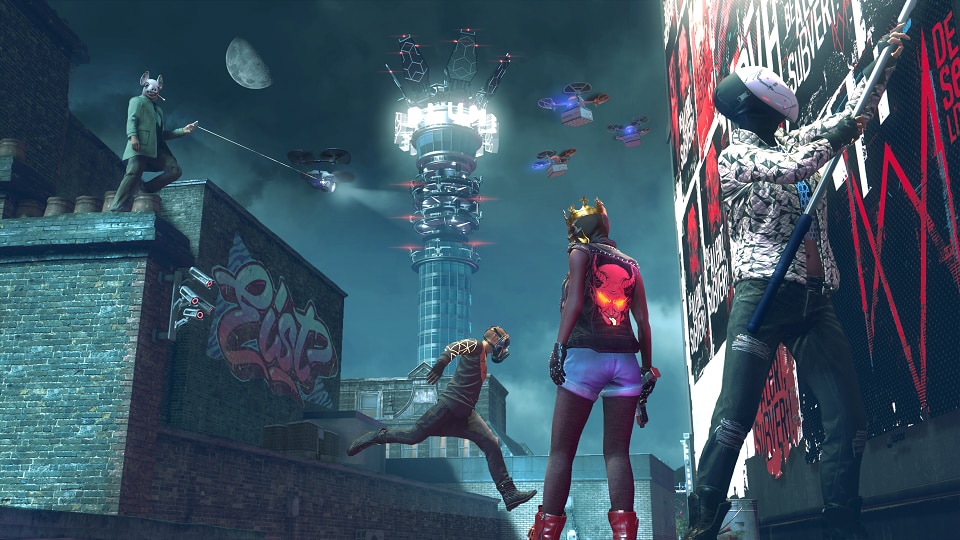 State of the Game

Watch Dogs: Legion has been out for a few weeks, and we want to take some time to talk to you about the current state of the game, what we have done so far and what’s coming next.

First, we would like to thank you for joining us in our near-future London! We have seen so many amazing shots of your crews, stunning fanart, and a lot of positivity on social media, the forums, reddit, and all the other places where you’re reaching out to us.

When going through your feedback it is also clear that the performance and stability of the game has been a source of frustration. We are working to make sure the experience is as smooth as can be for all platforms.

In late October, we deployed a hotfix patch to address several issues that were identified the week before launch, including a crash that occurred when launching the game in different audio languages, and an overheating crash on some Xbox One X that happened during “Into the Void” mission.

This was followed-up by Title Update 2.00 in early November, that fixed several crashes on console, with additional optimization for HDR to reduce flickering for some users, closing the infinite loading screen bug that would appear on rare occasions, and much more.

On Wednesday, we deployed Update 2.10 on Xbox One, which addressed some of the recurring crashes that some players were reporting.

What You Can Expect in the Coming Month

TU 2.10 was the first round in our work to reduce the crashes players experienced when playing the game on Xbox. We continue to work on the remaining crashes, a couple which are linked to certain hotspots in the #Justice4Claire mission, and are looking to address them in the next patch.

Cross-progression was one of our goals when developing Watch Dogs: Legion. We wanted to make sure that when players went from playing the game on current gen consoles to playing it on next gen, they wouldn’t have to restart their progression. We also wanted a cross progression experience for our players on PC and Stadia.

When we first began to receive reports from players about lost progress or corruption, we began to investigate where their save files became broken, or why they weren’t updating. Thanks to your detailed reports, and attached save files, what we’ve identified so far is that the issues predominantly affect PC, with a few rare cases on PlayStation 4 and Stadia. The game has frequent spots where it auto-saves, creating either a hard save, meaning that it takes everything available to it and updates the file, or a soft save where it queues up some light data on the player, such as your character’s current position in the world, to apply during the next hard save. If the game crashes, or a player force quits (e.g. Alt F4 on PC), a loss of progression might occur with the queued soft save data that it has yet to write. This is what we’ve identified to be the cause behind the majority of lost or corrupt save files.

An additional cause for some of these occurrences is the underlying bug on PC, where the game freezes when exiting to the main menu.

We’re aiming to have a fix out for both Save File corruption issues in the coming week. We are also looking to add a manual save button for all platforms before the end of the year.

Our priority is to stop the FPS drops so that our players have a smoother playing experience.

We brought improvements to performance in both our hotfix and TU 2.00. However, we recognize that our players with higher end graphics cards are not getting the framerates they expect, and other still experience intermittent framerate drops.

We are also adding more logging on the backend, to assist us in identifying and make optimizations for cards that might still be experiencing issues with the game. This will also give us clearer information that will help us as we look to improve performance overall, and our goal is consistent 60FPS for higher end GPUs.

While we are primarily focusing on tech stability and fixing tech issues in the coming month, PlayStation 4/5 players should also expect a fix to the “quitting to menu” crashes. In addition, we are fixing the bug that caused characters with the “Doomed” trait (may die randomly) to occasionally die immediately upon recruitment.

We‘re committed to ensuring the best playing experience for everyone, and all the fixes and improvements that have already been deployed are in large part thanks the detailed tickets, files, and comments that you’ve provided to our customer support. Thank you very much!