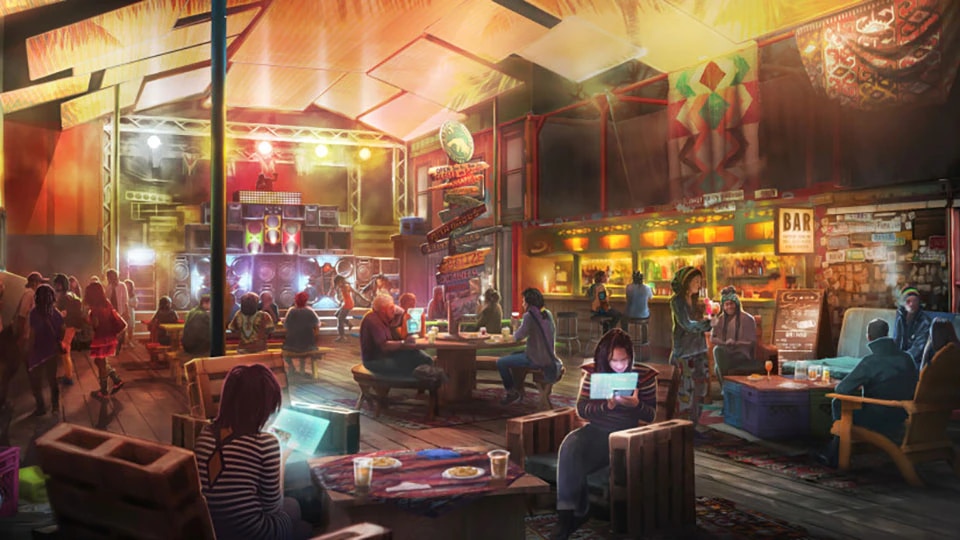 Welcome back to another edition of Tea Time with Bagley! This week, we talked to Art Director Patrick Ingoldsby about the launch of TU4.5, and the new skins and operative packs.

Mina has been out for a while now and TU4.5 brought a myriad of fixes for her. She’s now also available in the in-game store for players that do not own the Season Pass. She’s a unique character, and players have shown off their skills with her, as well as using the advanced character customization to express themselves. What has the team seen in the community?

We are super proud of how well she's been embraced by the fans, and it shows that some ideas that come from left field as a contextual surprise can capture the hearts and minds of our fan base. For us, Mina in general is another expression of diversity in the kind of operatives we can add to the story of our world. She had narrative roots in our game's lore and is a welcomed special type of character that comes with rewarding abilities and visual design our concept and character teams developed together in partnership between our Toronto and Ukrainian studio partners.

Your team also added new Operatives to the in-game store with TU4.5, tell us a bit more about them.

The three new Operatives are a pretty rad addition that the player can add to their team. The Electropunk operatives are inspired by UK's very deep and rich club culture scenes! This for us was a chance to push the limits of our curation tech in order to offer 3 new exciting and gorgeous looking new operatives that will add to other similar sets we've released in the past (like the Jungle Pack's characters). 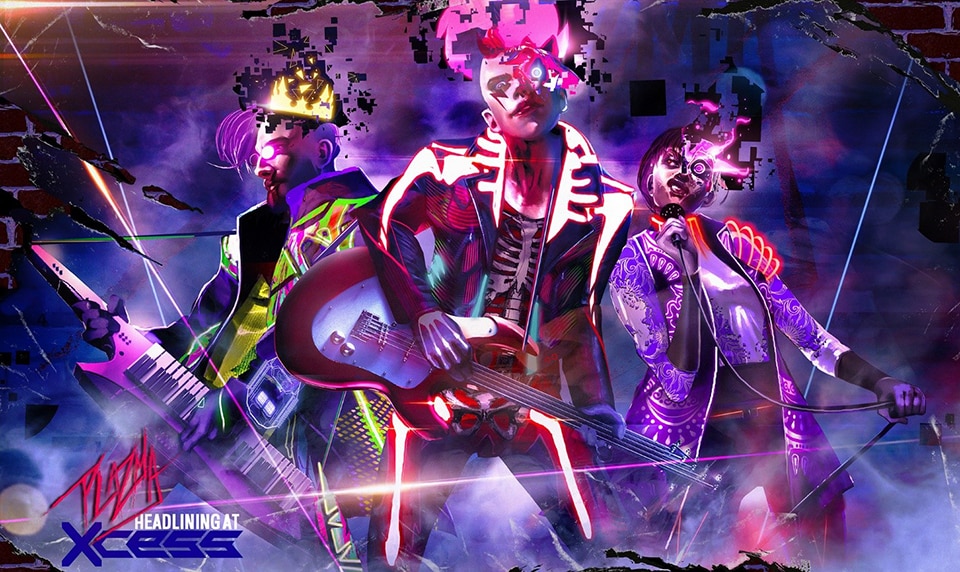 In our fiction the Electropunk operatives are members of a near future high tech underground band!!

The team also has been in awe with all the fan art coming from our community. Do you want to share one of your recent favorites?

As you can see in this example from RuL, these series of operatives are getting embraced and are capturing the hearts of our fans as we're seeing amazing fan art in the community of WD fans on line, some featuring Mina and Lnyx together for example! 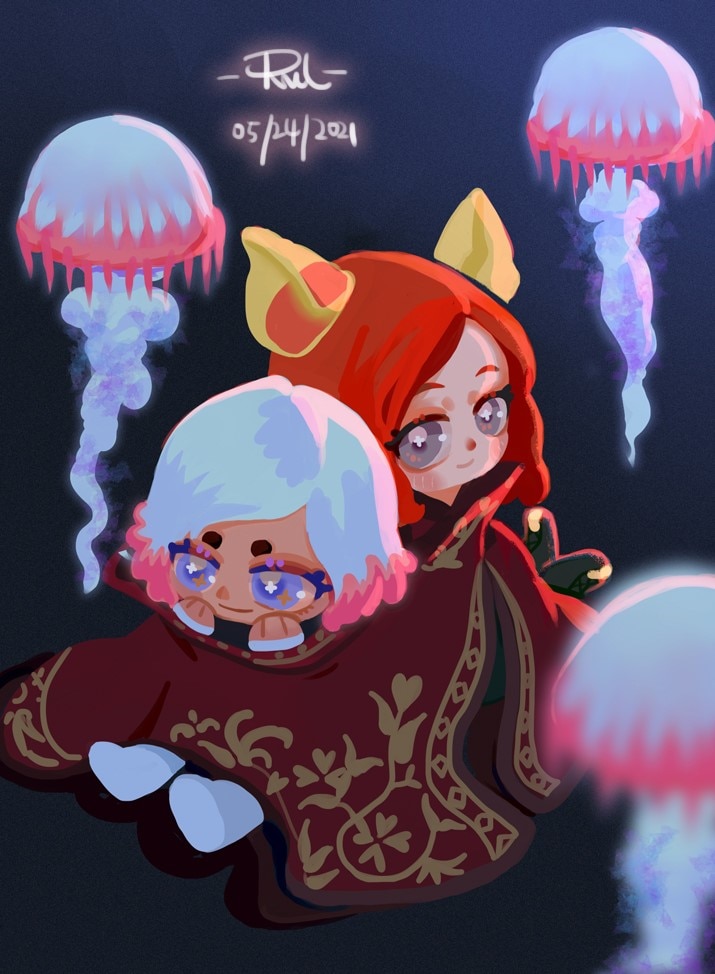 To us on the art side, taking these chances to push some striking and unique looking characters is paying off. Our development team is happily feeding off the energy of how the work we are doing for these DLC drops excites and captures the excitement of our players. For us the conceptual prospects are especially rewarding because of the positive response.

We’re excited to see our Watch Dogs: Legion of the Dead Alpha being embraced by our players on PC, and have been going through your feedback, as well as planning the next steps for the mode. First off, the mode should now be available for all PC owners of Watch Dogs: Legion, on both Ubisoft Connect and the Epic Games store.

Our first Legion of the Dead specific update is currently scheduled to go out on Tuesday, June 15. We’ll provide a full list of patch notes on the day of release but wanted to give you some high-level info on what to expect:

Additionally, we wanted to provide some of the team’s thoughts on some of the player feedback we’ve seen over the last week.

A progression system is something the team is very interested in bringing to Watch Dogs: Legion of the Dead. While we don’t have any details just yet, we know that character customization and more rewards are something we want to implement soon.

More zombies, different zombies, hordes? Sounds interesting to us! The team wants to take a look at how modifiers can spice up each run to make them feel more different than the last. For now, we’d love to hear more from our players and what they would like. What kind of zombies would freeze your blood or terrorize your neighborhood? How do you think different zombies could behave, look and what mechanics could they use? Let us know on the forums!

TU 4.5 also brought the 60 FPS performance mode to next-gen consoles. We talked with Stephen Buchan, Production Manager, and Roman Bobel, Engine Programmer, about their teams’ efforts to bring the feature to the game.

60 FPS performance mode wasn’t initially planned for Watch Dogs: Legion but has been something players have been asking for once they got their hands on the new consoles. How did the team react to the feedback and why did it feel like the right decision to prioritize this quality-of-life feature?

Stephen and Roman: Player feedback is super important to our teams and of course, we are gamers too. And as gamers we know there are many ways to play and enjoy Watch Dogs: Legion. Some like the beautiful graphics, the ray tracing technology and stunning visuals. But some of us are looking for a smoother gaming experience. With our 60 FPS mode on, players experience smoother and more precise navigation and aiming. Something for everyone. With that in mind we quickly came to the decision that adding this feature would be a big benefit for our players and started working on it.

What are some of the technical specs of the two different modes you want to highlight?

Stephen and Roman: The main difference between the mode is ray tracing technology being turned on and off, as well as an increase in FPS. Best quality runs at 30 FPS with ray tracing enabled, while performance mode turns off ray tracing and runs at 60 FPS. PlayStation 5 and Xbox Series X run in 4K at 60 FPS and the Xbox Series S runs at 1080 60 FPS. Also, the mode can be switched on the fly, so you can try out which one you like better without needing to restart the game!

Do you have any special shoutouts for the team working on this mode? It took some hard work to make it happen!

Stephen and Roman: Our 3D programmers are the heroes of this mode and deserve a round of applause. To be able to play Legion at 60 FPS in 4K is outstanding work. No other visual or graphical cuts were made to the game, with the exception of ray tracing to make this mode work.

Don't forget to tune in for #UbiForward, tomorrow, Saturday June 12 at 11AM PDT / 2PM EDT / 8PM CEST. We'll be showing off the Bloodline Story Trailer - http://ubisoft.com/forward! 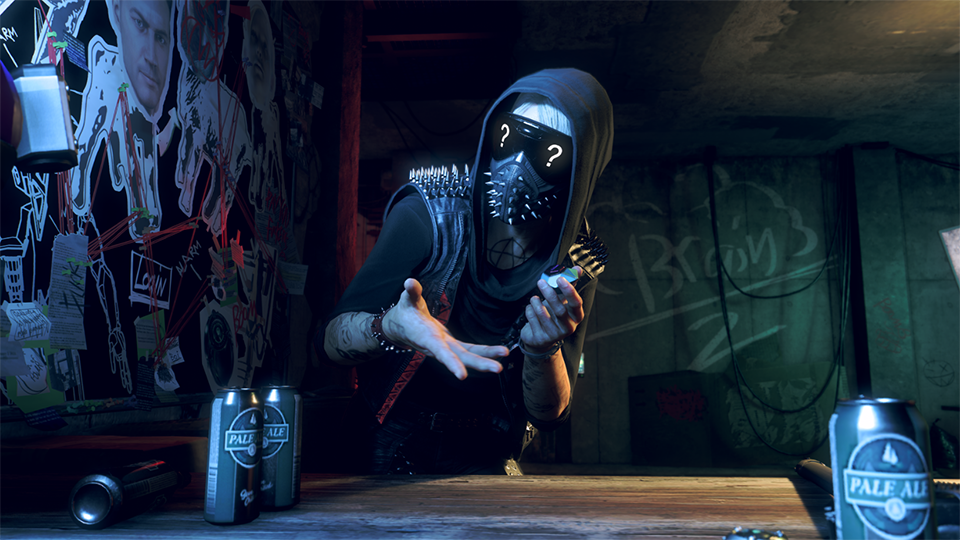 We hope you enjoyed our second Tea Time with Bagley. Hit us up on social media @WatchDogsGame and don’t forget to head over to the Watch Dogs: Legion of the Dead forums for any feedback on our newest mode.