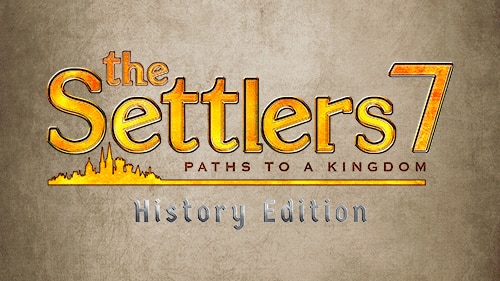 The Settlers 7 – Paths to a Kingdom History Edition

Let yourself be enchanted by the new world of Settlers - in the midst of green forests and lush meadows, it will bustle again. You alone hold the fate of your people in your hands. An innovative victory point system and 3 different ways to play give you a lot of variety to build up your blossoming kingdom. Which strategy will you choose? Whether as a well-read scientist, crafty merchant or brave general - it is up to you, with a smart tactic, to build a prosperous kingdom with power and prestige. Based on strong game mechanics, deep gameplay and the foundations of the highly acclaimed Settlers games, you will easily become engaged in the exciting campaign, skirmish maps or multi-player challenges.