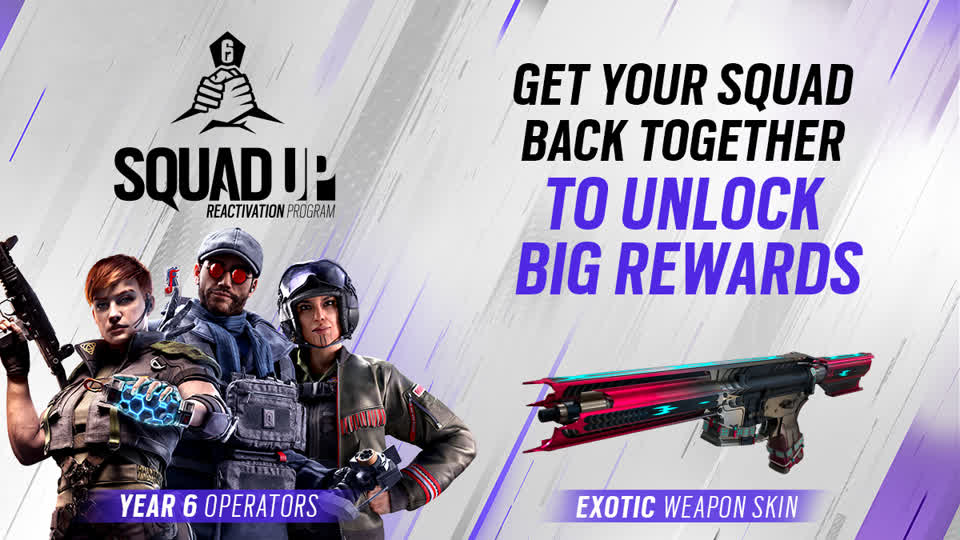 Get your squad back together to earn big rewards!

It is time to rally your former teammates and get your Squad back together to earn free Operators and an exotic weapon skin with the Squad Up Reactivation program.

After playing five matches together, in any PVP game mode, both players will earn big rewards. Players inviting their former teammates will earn rewards for each of their four friends completing the program: from new Year 6 Operators,a new exotic weapon skin or other fallback rewards including Battle Pass points if they already own those Operators.

Each returning invited player will unlock a Year 4 or Year 5 Operator or other fallback rewards. Then, they can bring back four more players themselves, play the five matches, and boom. Even more rewards!

Invite your friends now and learn more about the Squad Up Reactivation program.