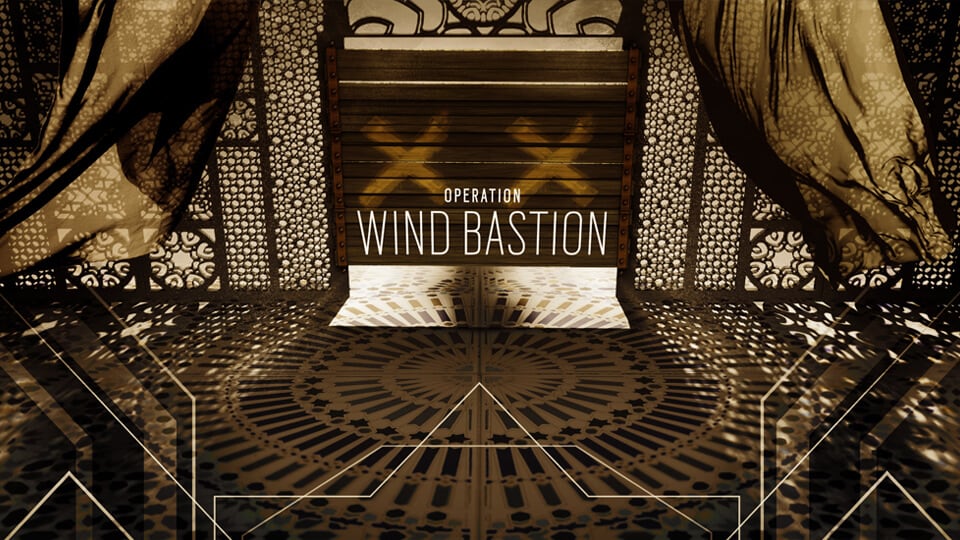 For Operation Wind Bastion and following a written agreement with the resident Commander, Rainbow Six has secured permission to use the renowned fortress located in the Atlas Mountains. You’ll have the rare opportunity to test your skills inside a stunning mudbrick kasbah. Enjoy unprecedented roof access, but do try to stay focused despite the breathtaking oasis just next door.

The first Operator is a Defender and the Commander himself who is as stoic as the mountains are immovable. He is stationed at the country’s legendary kasbah, a training ground that has shocked and awed thousands of incoming soldiers. Strict and imposing, he inspires respect and has taken it upon himself to guide the future of Moroccan Special Forces.

The second Operator is an Attacker who travels wherever the wind takes her. She’s among the few explorers who can cross the Sahara, climb up the Alps, trek through Asia’s rainforests, march along the Arctic Circle…and still return to her unit in operational shape. Perceptive and resourceful, she’s an expert on environmental operations with a knack for pushing the enemy back.

Visit our Rainbow Six Twitch Channel on November 17th and 18th for the full reveal of Operation Wind Bastion during the Pro League Finals.