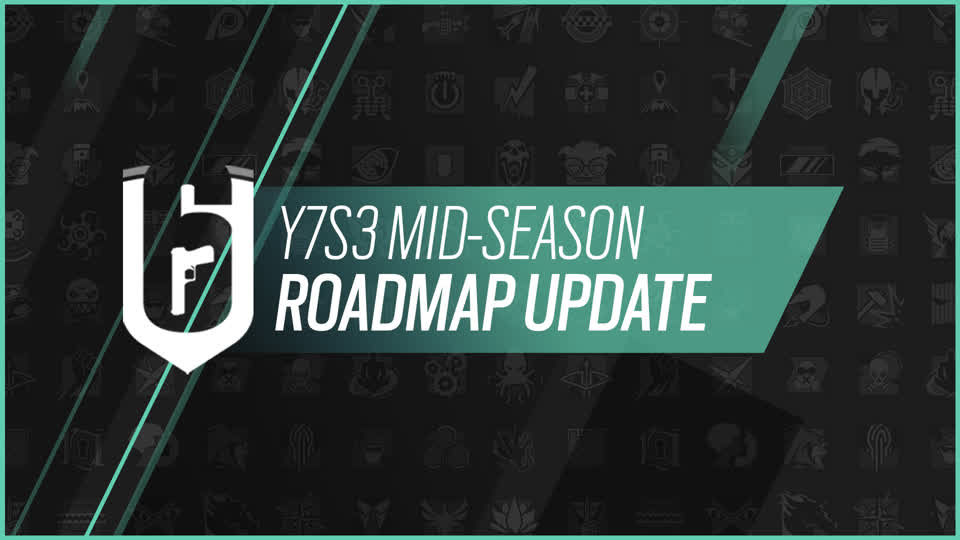 Each season, as we introduce new content, we will now also provide an updated Roadmap to ensure transparency on upcoming features.

We've stated previously that the reality of developing for a live game means that our roadmap may evolve depending on the priority given to each feature and various other factors.

As you'll get to see below, Y7S4 is packed with new features and in order to deliver a strong season, a few topics have also moved around.

That said, let's dive into the mid-season Roadmap update 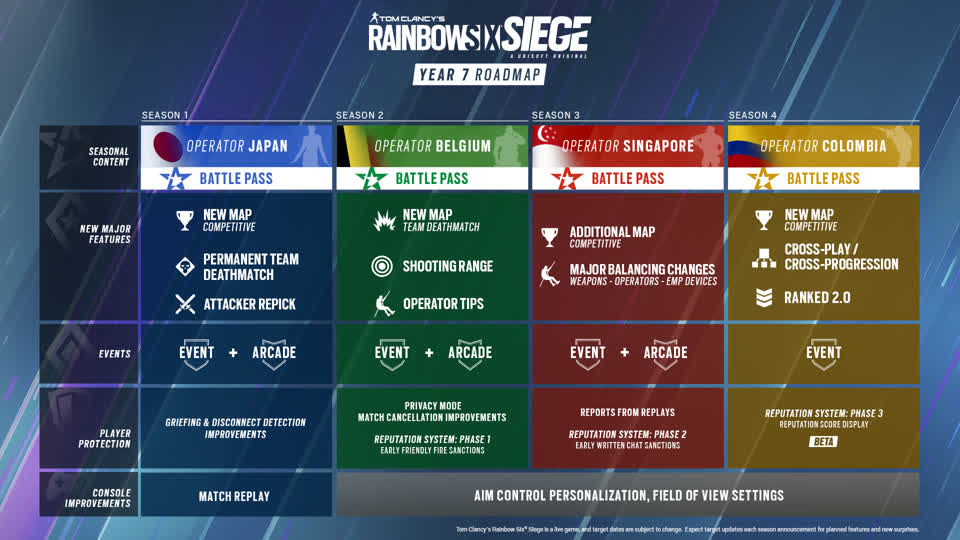 The Ranked 2.0 system has been fine-tuned and is ready to be released during Y7S4. This will change the way your ranks are attributed as well as updating several other parameters. More information on this feature will be shared during the Y7S4 reveal panel.

Our team is currently working on several improvements for consoles such as Advanced Controller Options to customize aiming, which will be released during Y7S4. We've decided to move the release of the Controller Layout Presets to early Year 8 to focus on these other console quality-of-life updates.

We are hard at work to bring several former Arcade Game Modes into the game permanently, but in order to finalize their implementation we will need more time than anticipated. In order to bring you the best experience, we are shifting the release date of this feature from Y7S4 to Y8S1.

We want our players to feel protected, by allowing them to play safely and avoid any undesirable verbal abuse. The end goal is to reduce behaviors such as insults, threats, offensive language and more. We will also continue to adjust the thresholds of reputation penalties that were previously released in order to detect and look at repeat offenders that perform regular abuses through our game systems (friendly fire and unwanted communication). We need time to learn from the Reputation Penalties that have recently been deployed, so we are shifting the release date of Early Voice Chat Penalties from Y7S4 to Y8S1.

This new feature will allow players to access their Reputation Standing. During the beta phase, coming in Y7S4, players won't receive any positive or negative effects based on that Standing. Our objective is to start with a safe onboarding process that gives everyone a chance to adapt and modify their playstyles and interactions accordingly. We are looking forward to the community's input as we continue to improve this feature.

Check out the public Roadmap for more information on the changes coming your way!