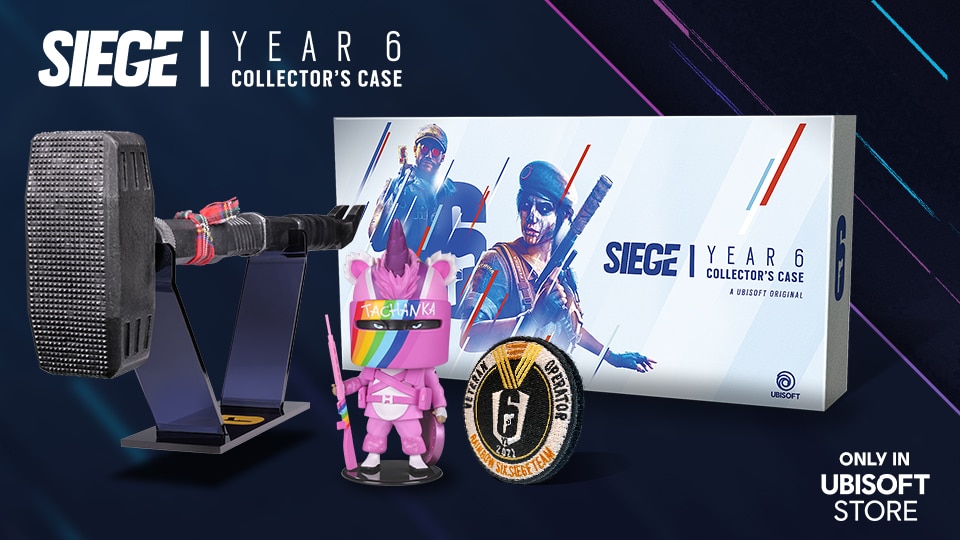 Rainbow Six Siege is all about tense, tactical actions and strategic team coordination. But it’s also about blowing giant holes in walls, and if you’ve ever wondered what it feels like to wield Sledge's signature hammer, you won’t have to wonder anymore, thanks to the Rainbow Six Siege Collector’s Case. Available in extremely limited quantities, the Collector’s Case is available exclusively at merch.ubisoft.com for pre-order right now in select regions*.

The Rainbow Six Siege Collector’s Case comes with a variety of physical and digital goods (available on the platform of your choice), but does not contain a copy of the game: 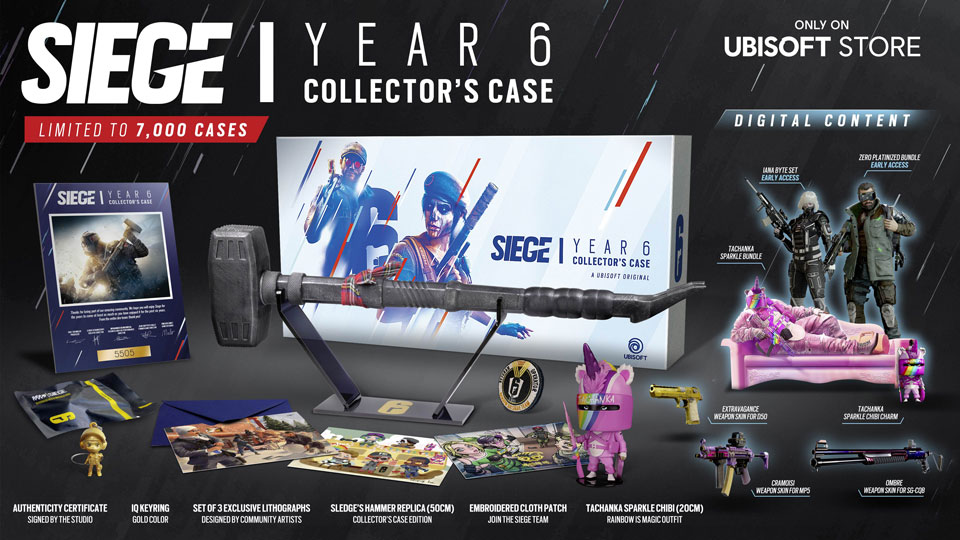 *Available in the US, Canada, and most territories in Europe, the Middle East, and Africa.

**Final content and release dates subject to change. Some features may not be available at launch. Content may be available for purchase and/or as giveaway(s) separately at Ubisoft’s sole discretion at any time. System requirements pending. Please check system requirements and product details/restrictions before purchase and upon game release before redeeming your pre-order.