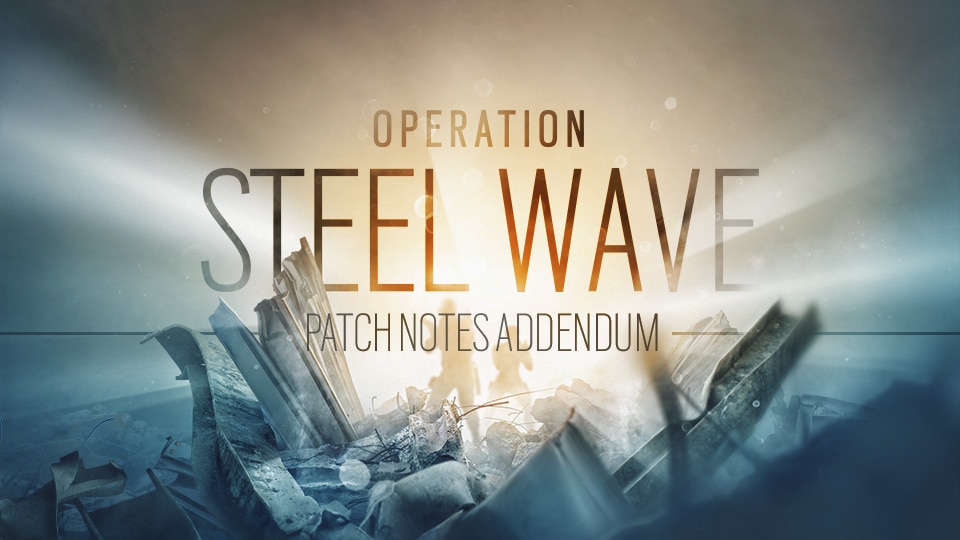 Over the course of the Steel Wave test server period we have resolved a variety of issues and made a few additional updates.

During the Steel Wave test server period we received a number of feedback requests for balancing tweaks to the new Operators. After evaluating feedback from players, and data from the TS, we plan to make a few balancing changes to the new operators with the 2.1 patch. The changes will not go into effect until the Y5S2.1 update.

After re–evaluating a number of current game–meta and gameplay factors, we made the decision to swap out Melusi's deployable shields for C4 to prevent putting extra pressure on attackers and specific attacker utility.

*Buff to the ACS12's damage to make it a bit more viable than it is currently. ADS speed should also now match other weapons of the same category. Furthermore, on release, the ACS12 had 300RPM, and it was lowered by a later balancing change. With this change alongside the change to slugs, the 300 RPM should not have issues with destruction. *

French localized audio for Ace and Melusi will be available in FR at launch. RU localizations are still unavailable.

This fixes an issue where alarm cooldowns meant that players could cross metal detector barriers multiple times without an alarm sounding (if it was already triggered previously and on cooldown).

Added a top window blocker and bars to the wall facing treehouse to allow players to shoot through, but players will not be able to rappel in through that window.