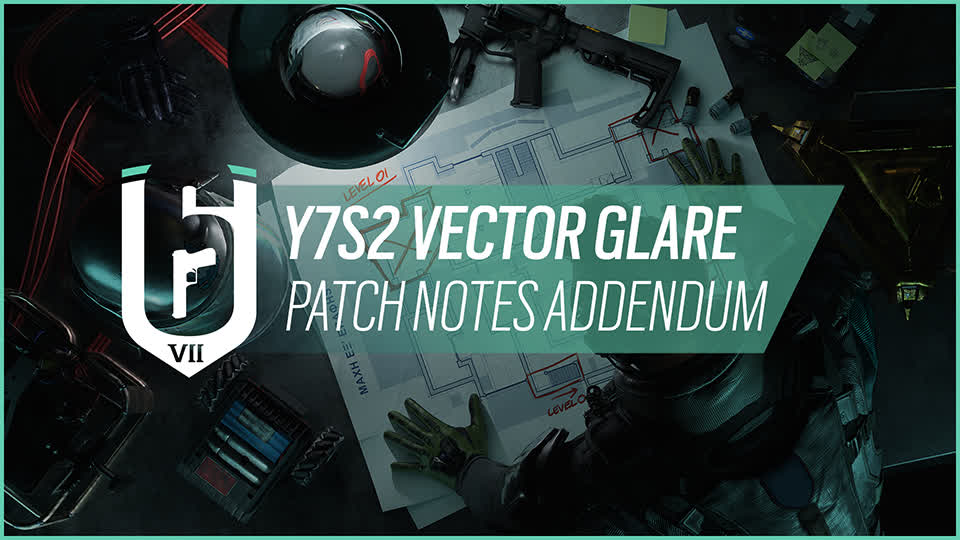 FIXED - The defuser doesn't automatically drop when the Operator carrying it is downed.

FIXED - Melee hits do not register on a shield that is clipping through a surface.

FIXED - Vigil's ERC7 activation sound can be heard from anywhere on the Map by the Attackers' drones.

FIXED - Defuser disappears if the player who has it crashes during the droning phase.

FIXED - Blood splatters are not being displayed when shooting an enemy with M249, SR-25 and DP27.

FIXED - Attackers can fall off the roof by interrupting the rappel animation.

FIXED - The planted bomb sound effect is missing for some players after the defuser is dropped in a site and then planted in the other site.

FIXED - Player can get stuck in their drone when preparation phase ends.

FIXED - VFX for camera switch will show when another player switches to a camera you are on.

FIXED - Operators can discover the game mode objective through Sens' Light Screen without seeing them.

FIXED - Sens' Light Screen is invisible to players reconnecting to the game if it was deployed before the reconnection.

FIXED - Defenders see the R.O.U. Projectors as friendly gadgets when using the Smart Ping on the Light Screen.

FIXED - Sens' R.O.U. Projector System moves Player sideways when it hits the operator after bouncing off an obstacle.

FIXED - Some parts of Sens' Light Screen will stay visible for 2 seconds upon the auto destruction of their gadget.

FIXED - Sens does not receive the "Peek a Boo" kill bonus for killing an enemy after passing through a Light Screen.

FIXED - The trajectory of the R.O.U. Projector System curves when deployed underneath a barricade that faces the Player.

FIXED - Glaz's sight and the bullet origin are offset if the Holo A sight is equipped.

FIXED - Red Dot B is not aligned when aiming down sight with the SPAS-15.

FIXED - Incorrect animation for Osa's Talon-8 Shield when picking up from a window.

FIXED - The explosion reverb of Kapkan's EDD is always the same despite the size of the room.

FIXED - Nomad's Airjab Launcher laser is not disabled when Nomad is affected by EMP.

FIXED - Iana's warning message is displayed while the gadget is recharging or affected by EMP.

FIXED - Valkyrie's camera in "losing signal state" is not displayed if the operator is in affected by EMP.

FIXED - Blitz's warning message is displayed while the shield is in cooldown and when in disabled state.

FIXED - Sens' last two projectors of the R.O.U. Projector System are not in synchronized with the rest when despawning.

FIXED - During match replay, rewinding while watching a player's POV will move the character through all locations it has been in quick succession.

FIXED - In a Bomb custom game, the plant time is 4 seconds no matter the custom game's setting.

FIXED - Subtitles are not present during the intro cinematic for new accounts.

FIXED - Mute button is greyed out for some players in game.

FIXED - Purchased elite skins do not show up as owned after purchase.

FIXED - Launching the game on PC using PS4 or PS5 gamepad and swapping to an Xbox controller will lead to input loss from new connected device.