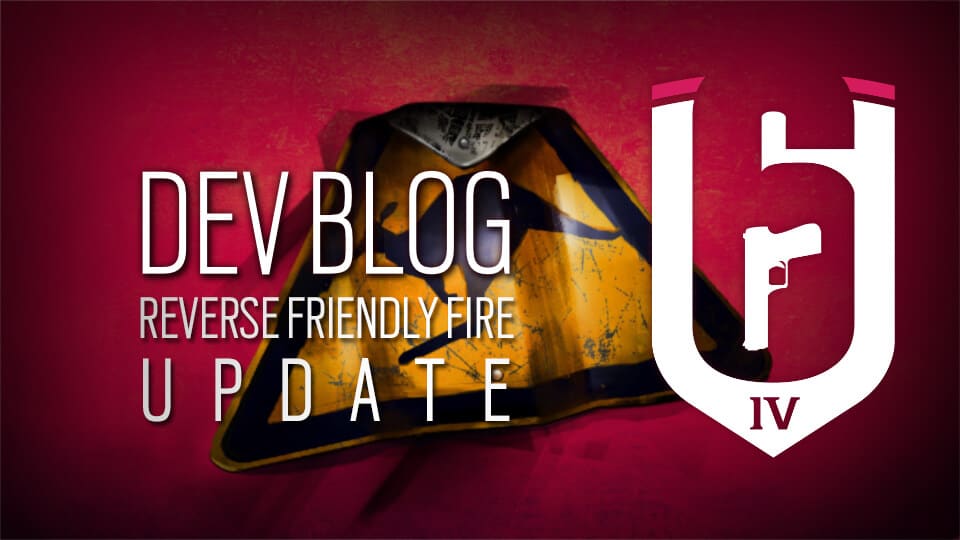 Reverse Friendly Fire (RFF) is coming to the live servers tomorrow. When a player abuses the friendly fire mechanic to grief their teammates, this system is activated. We believe that this first version will be a positive step forward in our fight against team killing while maintaining the same intensity and high stakes gameplay that is core to the Rainbow Six Siege experience.

The Y4S1 release of RFF is not our final version of the system. Future iterations and improvements will continue based off data and player feedback.

Community feedback so far has been invaluable and allowed us to make early iterations to the system. For example, RFF can now activate based on total friendly damage. In these cases, there is no validation screen for the offending player’s teammates. We are also striving to make it clearer how operators and gadgets will react to this system. We have consolidated some guidelines below for your reference.

*Explosive gadgets that do not do damage (i.e. stun grenades, Ying’s Candela) will not be affected by RFF in any way

*Explosives currently will continue to damage teammates even under RFF. This is not intended and will be fixed in Season 2.

*These explosives do not trigger RFF. While under RFF, these also do not reverse damage dealt and can continue to damage teammates. This can change in the future with feedback and further game design considerations.

We welcome any additional feedback on the Rainbow Six subreddit!