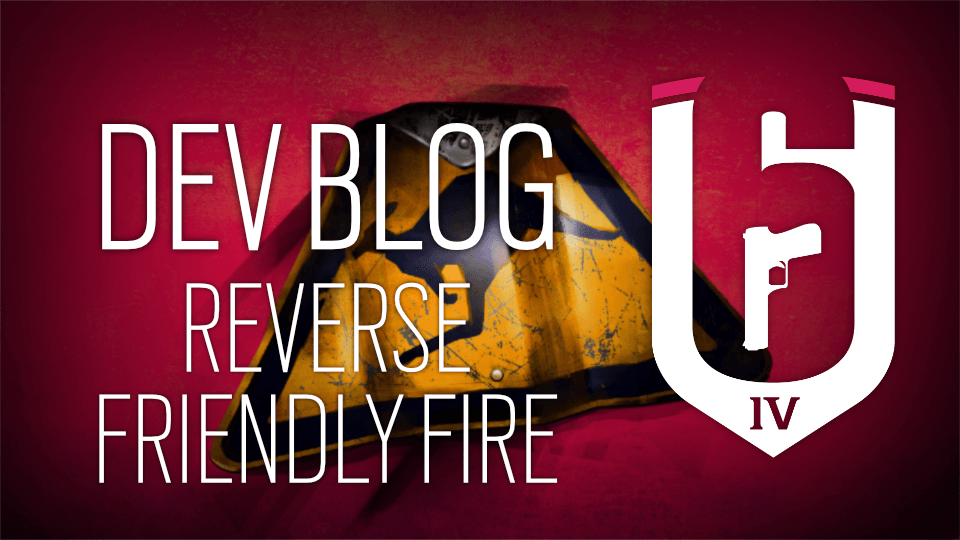 We are planning to activate Reverse Friendly Fire on the Test Server. This is the latest feature we are working on in our efforts to address toxicity.

The goal of this system is to contain the impact of players abusing the friendly fire mechanic, while maintaining a degree of flexibility for accidents. We will collect data and feedback from both ranked and casual playlists on the Test Server, and iterate before releasing it live.

With Reverse Friendly Fire, when a player shoots an ally or the hostage, a warning message will appear on the offending player’s screen. The same will occur if a player uses their unique operator gadget to hurt a teammate (i.e. Maestro's Evil Eye or Twitch's drone).

After a player’s first validated team kill, all further damage inflicted upon teammates or the hostage is reflected back to the player. When a player uses a unique operator gadget to deal this damage, reflected damage will impact the gadget itself.

Should the victim not make a decision, Reverse Friendly Fire is activated by default.

After an intentional team kill is validated, Reverse Friendly Fire will stay active for the match instead of kicking that player. We will continue to track team kills, and we may issue appropriate sanctions after multiple offenses.

We will continue to address toxicity as we proceed into Year 4 and beyond. We look forward to hearing your feedback and findings on the Reverse Friendly Fire system through the forums and on the official subreddit!