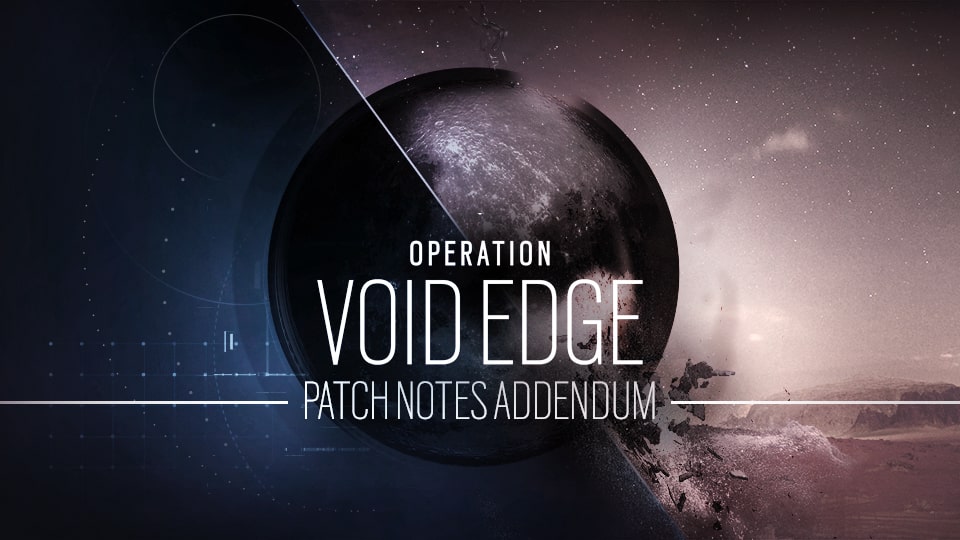 Over the course of the Void Edge Test Server we've made numerous updates and bug fixes.

Click the image above for the rest of the Y5S1 Operation Void Edge Season Patch Notes.

Situations and Tutorials can now be found in the new Learning Area section.

The Learning Area is a new section that groups all learning-focused content in one place for easier navigation and better accessibility. We’ve also added new Learning Tips for beginners in the Learning Area to help new players ease more quickly into the Rainbow Six Siege experience. These tips will rotate automatically but players can scroll through the tips themselves as well.

After the last buff to her Scorpion EVo3, we saw players primarily picking only the Scorpion and an overly large increase in her win-delta and pick-rate. We also observed Ela’s K/D and K/R ratios jump much higher than what we would like to see from a healthy balance change. While we still want to keep her Scorpion fun to play, our primary focus is to keep her balanced.

These changes are aimed at scaling back some of the changes made in Y4S4.3 and tweaking her EVo3 to be at a more appropriate power level closer to what we had in mind