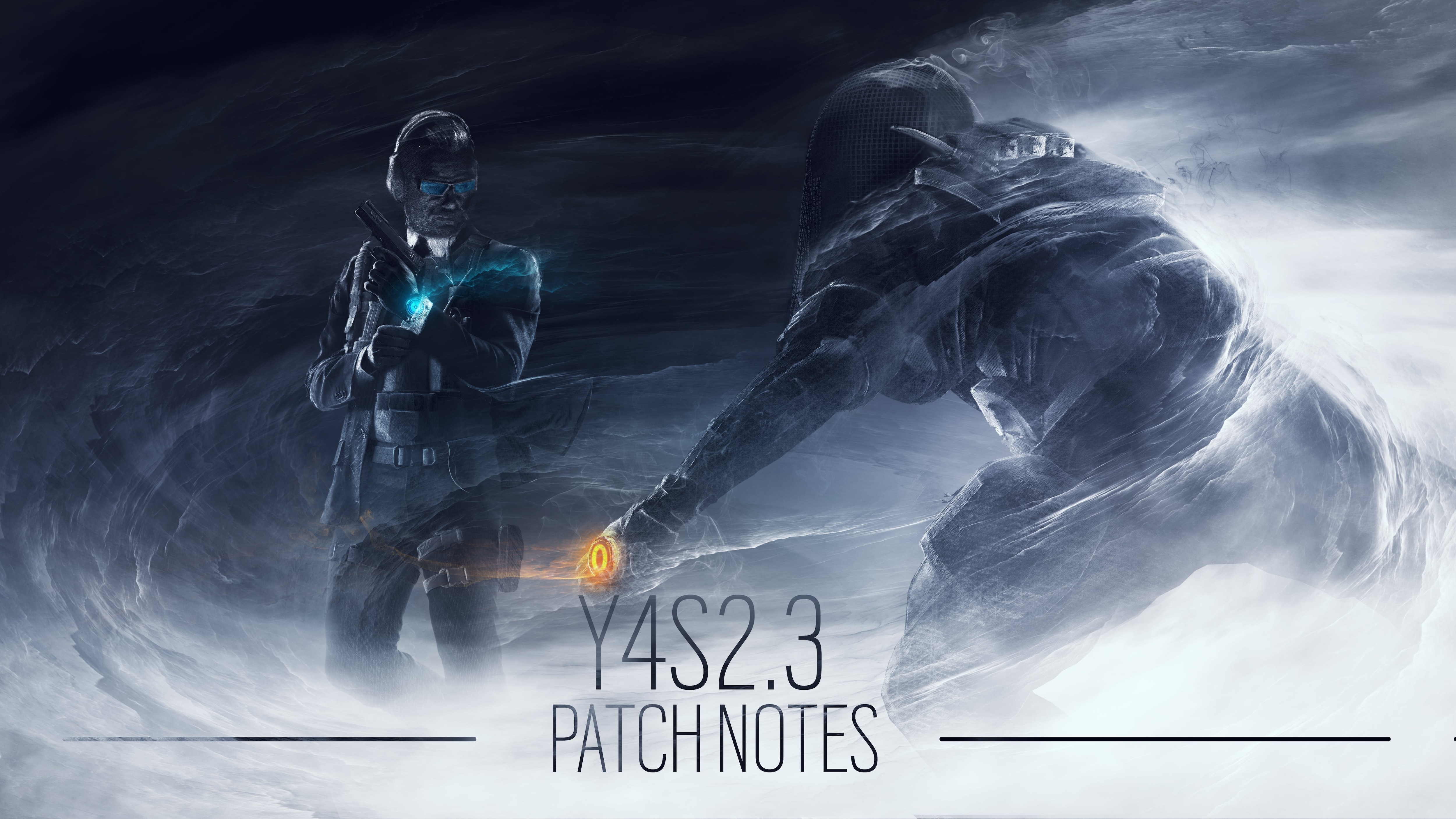 The primary focus of the Y4S2.3 patch brings balancing around shields, Glaz buffs, Jackal nerfs and a QOL change for Maverick torch SFX. There’s also a few other balancing tweaks as well as further improvements to the RFF system to moderate griefing teammates. Check out more detailed explanations on the balancing changes in our Designer’s Notes.

We are running low on AAA batteries, so to save energy we’re tuning down Yokai’s power a bit.

Glaz has been feeling a bit left out so we gave him some incentive to join the party.

You can rest easier now. Maybe.

Can you hear me now?

As per the law of equivalent exchange, you can now spend longer being spooky, but also spend longer getting a full refill.