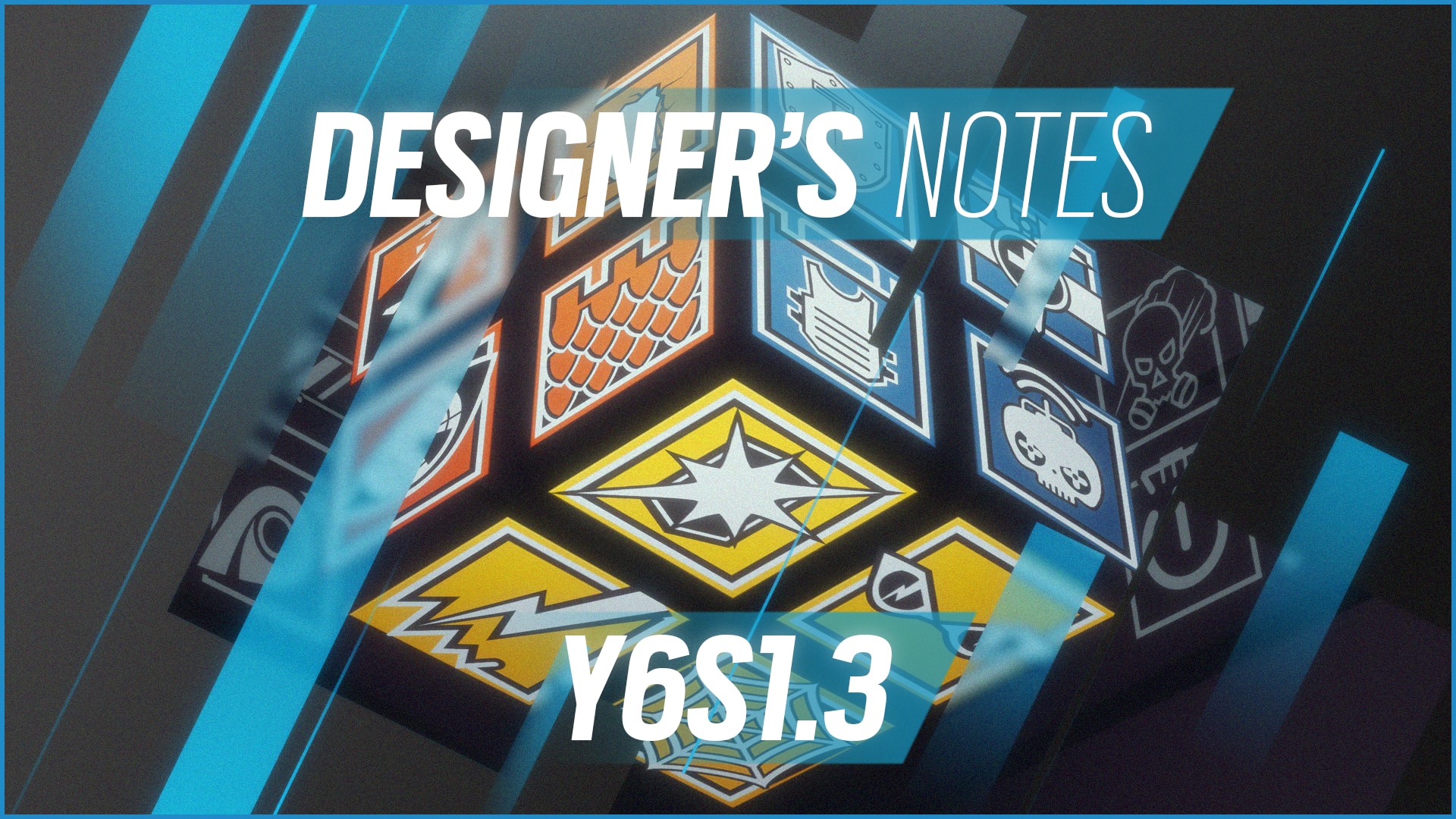 In this latest edition of Designer’s Notes, we'll go into more detail about the balancing changes that’ll come with the Y6S1.3 patch and give you an insight into the reasons behind these changes. 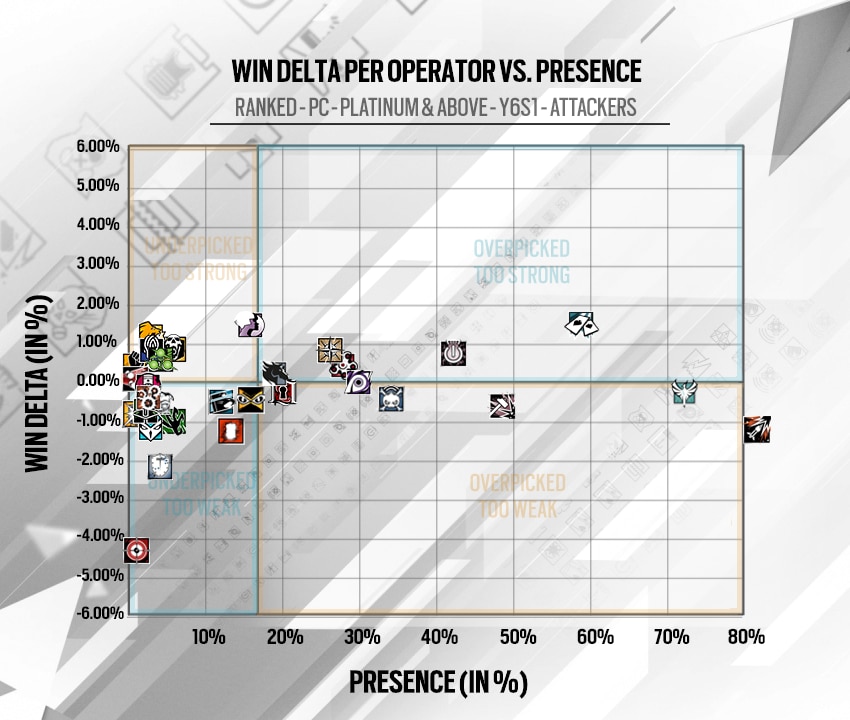 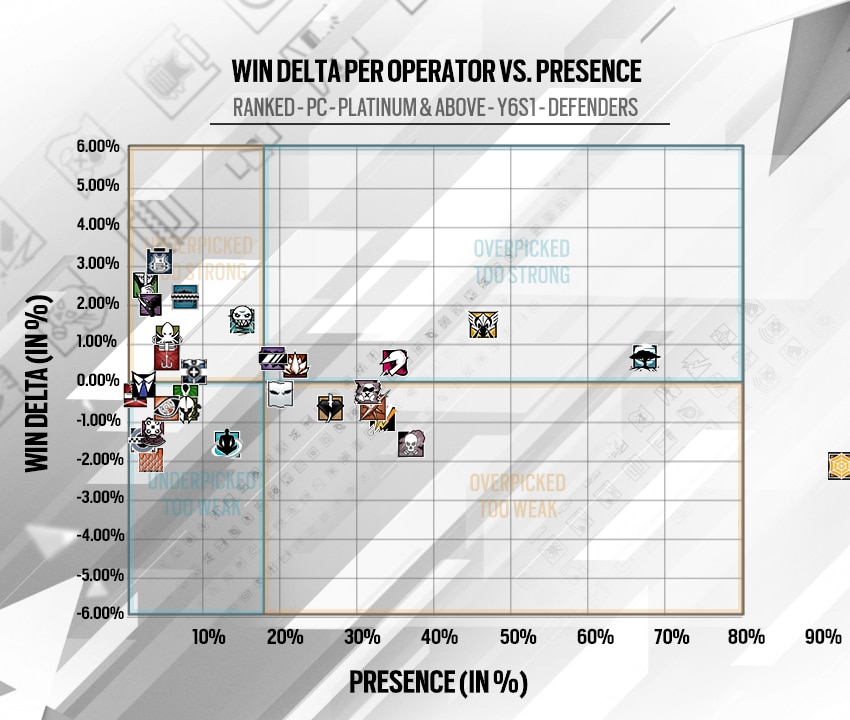 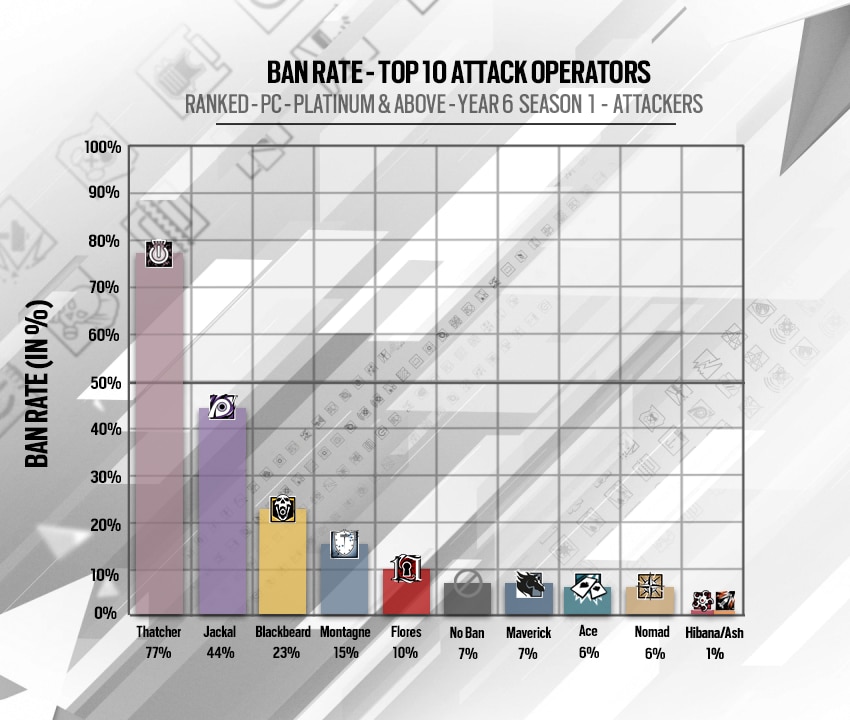 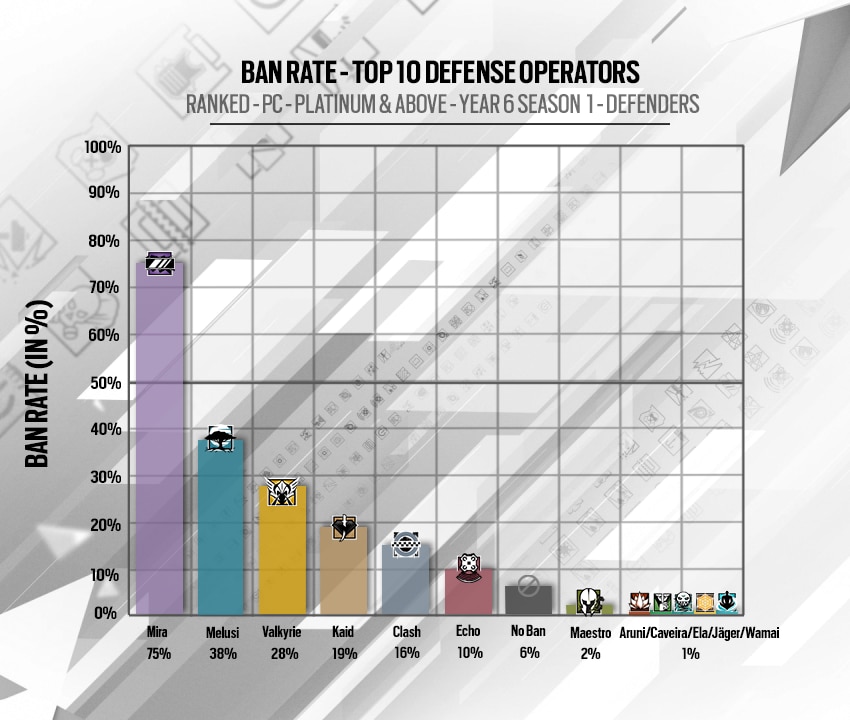 Looking at the Balancing Matrix, Ace has climbed higher in pick presence and win rate. Overall, we see him as a fast and versatile hard breacher, but he should not be the dominant pick for hard breachers in all situations. We’ve replaced his smoke grenades with a claymore, reducing his late game execution to give room for other breachers such as Thermite.

We are also changing how Ace’s gadget will work with Mira’s Black Mirror Window. Players already use Ace to counter Mira by opening a space beneath the mirror to deny defender access. Now, it can destroy the Black Mirror completely, adding more counterplay options for dealing with Mira.

Jackal is seen both a lot in matches and ban picks due to his overall strength and versatility. We’ve taken a look at the data for the C7E and found it a tad too strong. The change should bring Jackal in line with other operators, while not dramatically reducing his capability. Additionally, this should give more room for his PDW9 to be used, empowering players with the option to use either weapon depending on the map or strategy.

Jäger is a community favorite and we can understand why! While we all love Jäger and the utility he brings to team compositions, his 95% presence is too high to ignore. This is something we've spent a great deal of time working through how to address, understanding it will affect so many players and we want to maintain the identity of such a beloved operator while also encouraging greater pick diversity.

Our last change addressed his utility and while this was a change in the right direction, the data shows that his presence is still overwhelmingly high compared to other operators. Our next step is to look at the frag potential of his 416-C, which has been performing above average among ARs. By reducing ammo and increasing recoil, we believe this will require a greater degree of finesse from players to make the most of it. These changes help make the weapon less of a must-pick compared to other weapons and operators, while keeping it a strong weapon in a skillful player’s hand.

At the end of the day, though, we know that his denial utility is a huge part of what makes him such a draw—not just his loadout. We have potential tweaks for the ADS that we are considering for the future, but also understand this topic encompasses more than just Jäger. Balancing is an iterative process for any operator or weapon, so we will be closely monitoring how this affects everyone's favorite ADS-wielder and will continue to tweak as necessary as we seek that sweet spot.

Initial feedback after Tachanka's rework suggested that he would be too overpowered and game-breaking. However, the data now shows Tachanka with a low presence and low usage of grenades, causing his lethality to not be where we would like. We hope to see Tachanka viable in all levels of play, and as a good alternative or complement to Smoke to create new strategies based on area and time denial. We’ve increased the power, duration, radius, speed, and capacity for his grenades to make them more useful and lethal in combat. These changes should make them more deadly and useful in fights while also not feeling overpowering.

We want to improve Thermite’s capability in a wider range of in-game scenarios. By giving him smoke grenades, we feel he will have more impact in late game execution, offering another avenue for providing utility, even after walls have been opened.

DMRs are designed to be effective in long range engagements. However, they are currently limited by only having a 3.0x for these fights, which is not comfortable in all maps or situations. We are adding more sight options for DMRs to give players more freedom in their options, while keeping the intended focus of the weapons in sight.