This Season, Rainbow Six Siege presents an event watched over by The Moon herself.

An eternal battle between The Sun goddess and The Storm god rages on. They call upon their mortal followers to capture the Altar’s Sacred Flames. Imbued with ancient spirits and armed with powerful kunai, operators have been cast into the roles of The Devoted and The Possessed. It is now a frenzied race to find the flames, capture the altars, and gain favor from the gods to obtain freedom.

Join this celestial battle and escape the chains of purgatory. Welcome to Rengoku!

During this battle in the clouds, Operators have shed their normal attacker and defender roles, as well as their identities, instead being fully dedicated to their temporary divine patron in search for the sacred flames.

On one side we have The Devoted, vying for The Sun’s victory:

Fuze is called Homura and is heating up for the confrontation; Capitao, as Masurao, slithers into position to strike; Zofia burns at the opportunity to get started, now known as Kagerou; Twitch prepares a good harvest in this battle, under the guise of Kagaribi; Osa, now called Kasumi, scouts the area to pave the way.

In opposition, we have The Possessed, working for The Storm’s triumph:

Bandit gets ready to shock foes in his path as the mighty Ikazuchi; Maestro stands guard as Mononofu, preventing intrusion; Kapkan prowls the zone ready to pounce, now called Hagane; Thunderbird, bearing the name Taoyame, swoops in like a gale; Rook bides his time to neutralize threats as Tachikaze.

Rengoku takes place in a mysterious temple with a new Control-type game mode, with Respawn. The match starts with three Altars being active out of seven locations. Every two minutes, the three active Altars will change location and must be captured again. Remaining in an Altars’ room will capture it for your team to start accruing Favor.

Altars can be captured by the opposing team if they stand in the room uncontested. This stops the Favor gain for your team and instead starts giving Favor to the opposing team. Be fast on your feet to stay in control!

Both teams are equipped with shotguns as their main weapon during this event, so take care around corners. Special throwing knives known as kunai can also be set as secondary weapons. Each kunai, on impact, generates a specific effect depending on the Operator (fire, poison, stun, knockback) that have no friendly fire. Beware, as kunai used as primary weapons can destroy walls and kill opponents in one well-aimed hit.

The team that reaches the required number of points first, or has the most points when time runs out, wins the match.

This event brings with it the Rengoku Collection, which contains uniforms, headgear, weapon skins and Operator Card Portraits for the Rengoku competitors. Rengoku also introduces the Battlefield Spirit Bundle which includes a signature weapon skin, a universal attachment skin, charm and background.

The Rengoku Collection packs can be obtained by completing the special Event Challenges, or by purchasing them for 300 R6 Credits, or 12500 Renown each. The individual Bundles may also be bought directly for 1680 R6 Credits each. 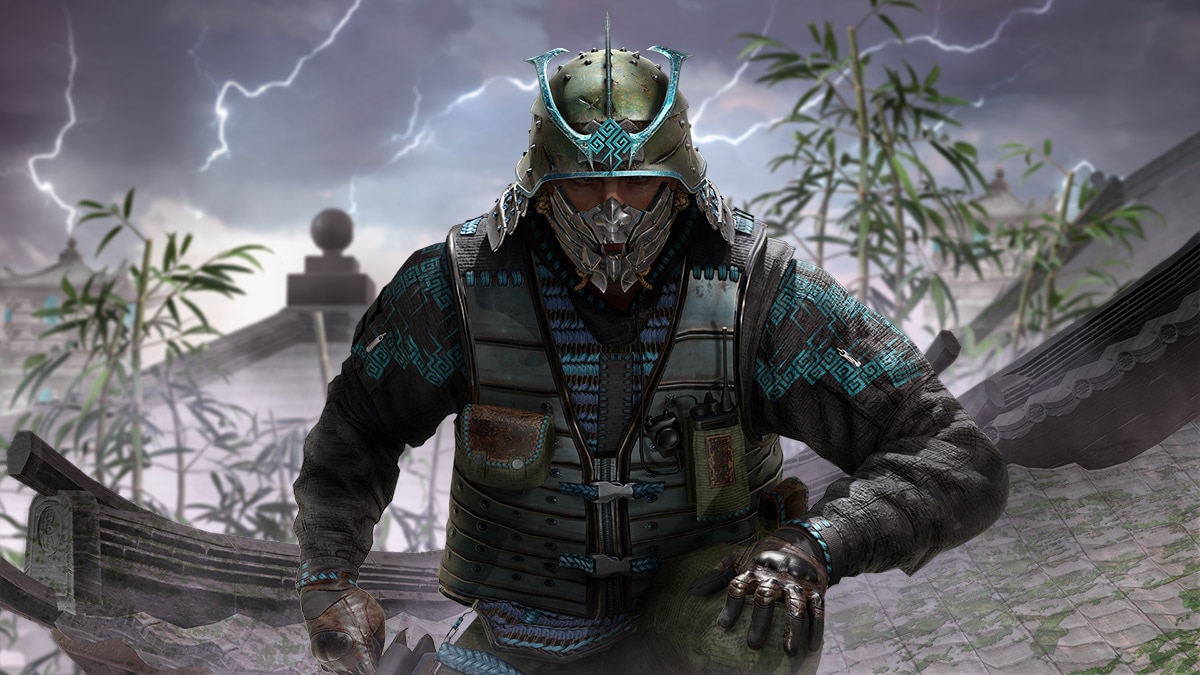