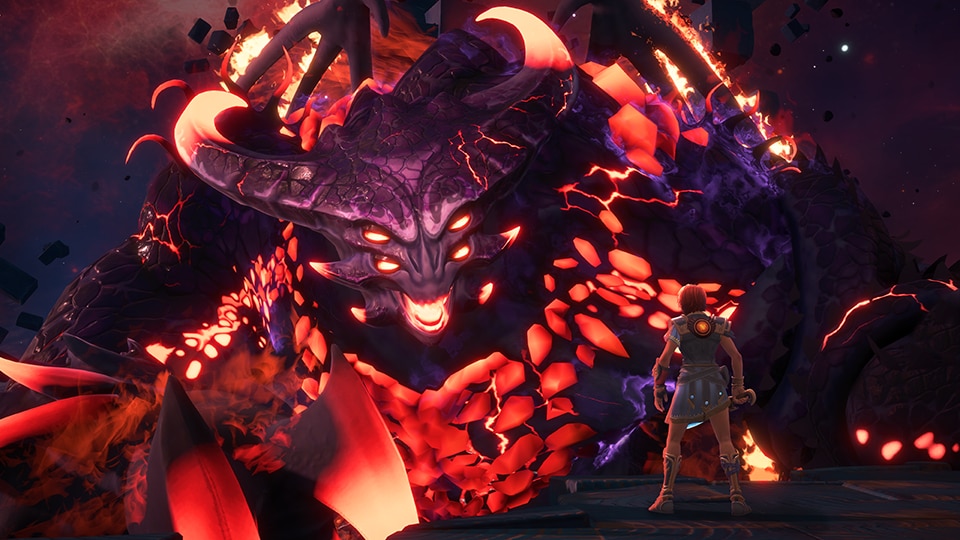 What You Need to Know Before Immortals Fenyx Rising Launches

In Immortals Fenyx Rising, you’ll travel across dangerous lands to rescue the Greek gods and battle the deadly titan, Typhon. With release day less than a week away, prepare for your journey as demigod, Fenyx, with everything you need to know before launch: December 3!

Have you purchased a digital copy of Immortals Fenyx Rising and want to know when you will be able to pre-load and launch the game on your platform of choice? We have the dates and times you’re looking for below!

In order to install Immortals Fenyx Rising, players will need to ensure they have the following free space on their respective platforms:

Looking to play on PC? We have also broken down the different system configurations needed to run Immortals Fenyx Rising at various settings: 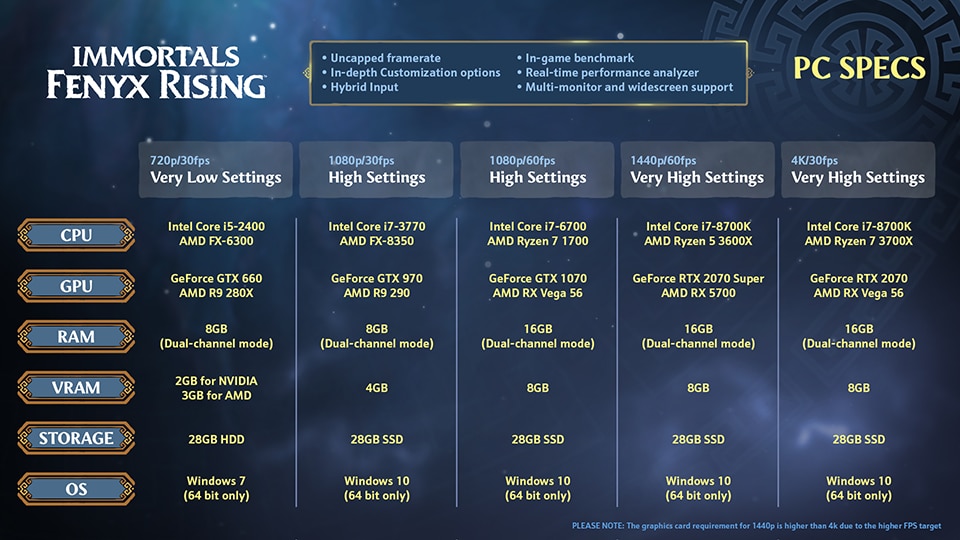 What to Expect on Launch Day

Prior to launching Immortals Fenyx Rising, you’ll be prompted to install a Day 1 patch. This update will provide improvements to gameplay features, performance, and visual quality across all platforms. PS5, Xbox Series X, and Xbox Series S players will receive a 25gb Day 1 patch which includes a variety of next-gen improvements and optimizations, including a performance mode and quality mode which are only available on next-gen consoles.

Please note, patch size will not increase the overall size of the game, as it will replace data rather than add to it. This Day 1 patch will also allow us to optimize and reduce the file size of future updates. Switch, PC, and current-gen platforms will all receive a smaller Day 1 patch. 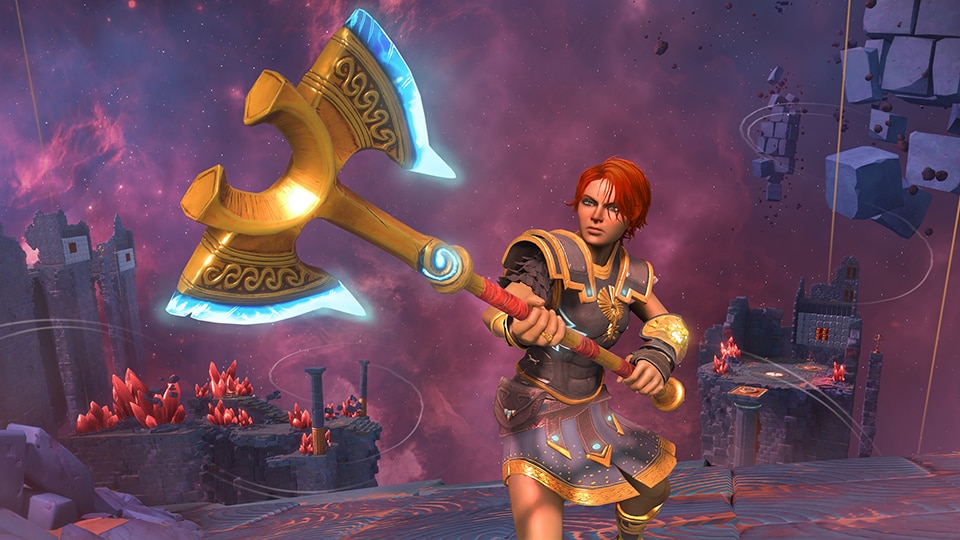 As part of the previously-announced post-launch plans, all Immortals Fenyx Rising players will have access to Live events, store drops and other additional gameplay content so players can continue to experience our world. This ongoing free content will include daily & weekly quests, community contests, brand new Vault challenges, and cosmetics.

Players can also look forward to a season pass, which will receive three full story-driven DLC episodes as well as a bonus quest, When the Roads Get Rocky. Read on for an idea of what to expect from these three game-changing episodes:

During A New God, players will continue their journey as Fenyx, following the events of the main game. Players will have the opportunity to visit Olympus and take on new challenges in vaults built by the gods in an attempt to join the Inner Circle of the Pantheon.

Myths of the Eastern Realm

In Myths of the Eastern Realm, players will immerse themselves in Chinese mythology as they embark on a new journey. This DLC episode brings with it a new playable hero, Ku, new creatures to battle, a new open world to explore, and a new fighting style based on Chinese martial arts.

Finally, return to the Golden Isle for a brand new top-down gameplay experience. Play as new hero, Ash, as she meets new, lost gods and seeks to bring balance back to the world. The Lost Gods will also include a new progression system that will allow players to build with their very own playstyle.

Stay tuned for more details regarding post-launch content, including daily and weekly quest, new vault challenges, and much more. 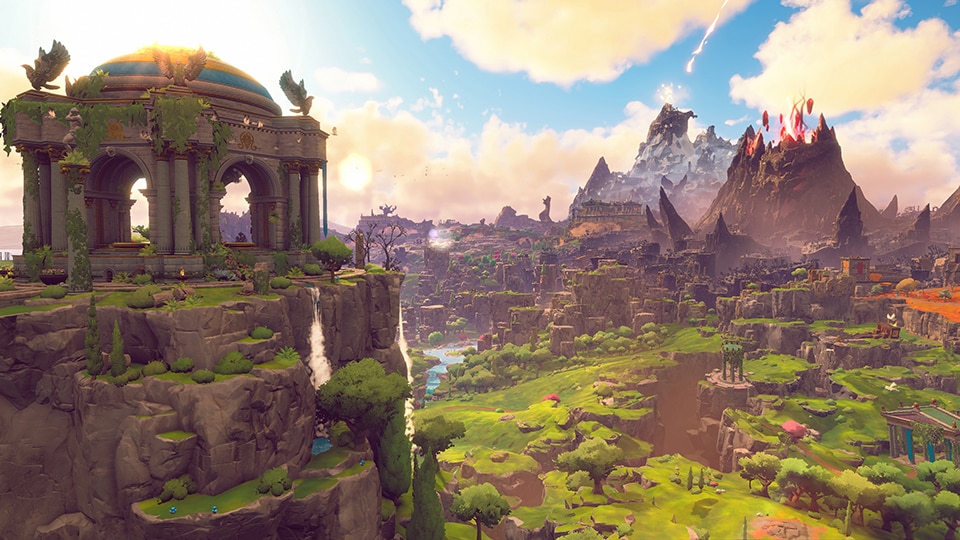 Where to Find Us

That’s it! We hope you’re just as excited for the upcoming launch of Immortals Fenyx Rising as we are.