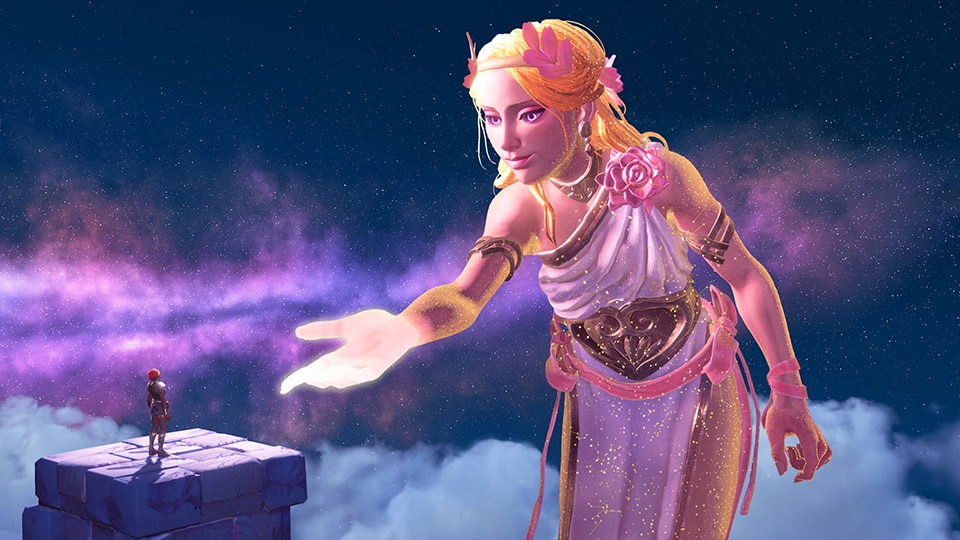 So, you want to defeat Typhon, do you? Well, if you’re going to take on such a feat, you’ll need a few pointers. Read on for five essential tips to help you start strong in Immortals Fenyx Rising!

1) Visit the Hall of the Gods First

This may seem obvious, but when you’re able to go anywhere in the game, it’s important to learn the absolute basics before you start on your grand adventure. After learning the basics in Hermes’ region, plan on spending some quality time in Aphrodite’s region next.

Aphrodite’s region is where you’ll find The Hall of the Gods, your home base for getting quests, upgrading gear, unlocking skills, and so much more. And, as an added bonus, you’ll easily be able to get your first mount along the way.

If you want to know more, check out this guide for all the intricate details about this extremely important location.

2) The Best Skills and Abilities to Get First

You need more than basic moves to master Immortals Fenyx Rising, which is why there are several skills and Godly powers available to help strengthen your character and diversify your capabilities.

Godly powers are magical attacks and moves earned from Gods and creatures around the world, while skills are upgrades linked to Fenyx’s physical attributes.

Once you’re able to upgrade, we recommend getting these skills and powers first:

Climb Jump – This skill allows you to move faster while climbing by jumping in any direction.

Glide Boost – This skill allows you to glide faster.

Apollo’s Arrows - allows you to control the speed and trajectory of your arrows, giving you a leg up on some puzzles requiring precise arrow shots.

Phosphor – Finally, when you meet Phosphor, you can begin upgrading his own powers to add attacks, invisibility, and a throwable decoy of Fenyx.

Stamina management is an important part of combat, because it allows you to perform special attacks with your abilities, thus dealing more damage. Simply put, the more stamina you have, the more you can chain these abilities.

Using abilities will deplete your stamina, so keep your stamina meter afloat by delivering light attacks with the sword, the swiftest weapon in the game, and use heavy attacks to push the enemy stun bar even faster. Stunning enemies leaves them vulnerable to further attacks.

Additionally, building your combo meter in combat with weapon attacks and abilities allows you to deal more damage in a fight, giving you a strong advantage against large group of enemies.

To make the most of exploration, you’ll need some goals and things to look for. While you can activate it anywhere at any time, we specifically recommend getting to a high vantage point and using Far Sight to identify important points of interest on the map.

5) Look for Braziers and Cracks in the Walls

If you find yourself stuck in a puzzle or location, keep an eye out for unlit braziers to activate and cracks in the walls to smash through. Both will often point you toward the next step in solving the puzzle or allow you to reach a new location. And if you’re feeling truly stuck, keep an eye out for a blue glow at the edges of your screen after interacting with a puzzle element, as it points in the direction of an important element that has changed.

There you have it… five essential tips to help you get started! Of course, these are only a few of the tips and guides we have available through Gameplan. Check out our guide detailing Things You Didn’t Know You Could Do, a breakdown of skills and godly powers, a tour of the Hall of Gods, and some strategies on how to defeat different creatures around the world. May the Gods watch over you!