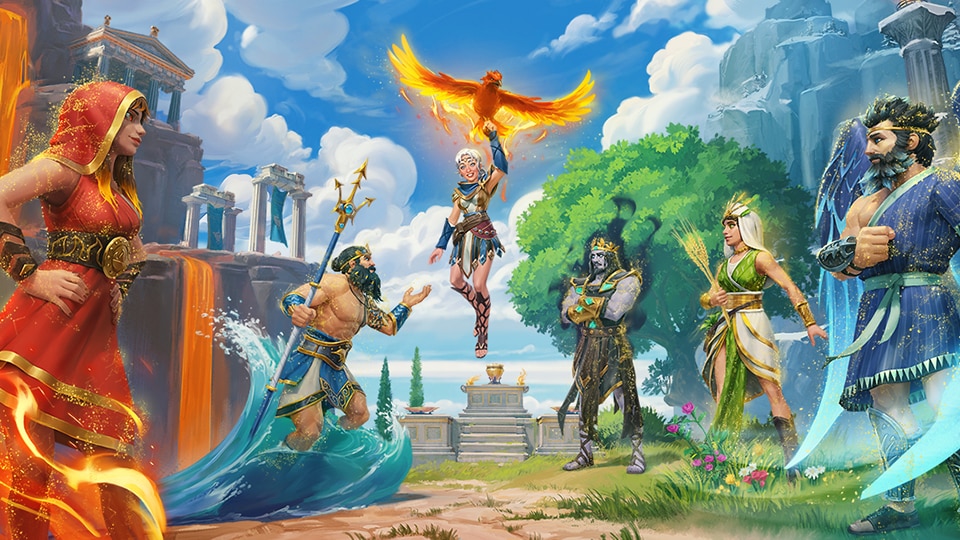 Our third DLC, Immortals Fenyx Rising – The Lost Gods, will be available on all platforms on April 22nd. Dive into a new top-down adventure set in Greek mythology and meet Ash, our new silver-haired heroine!

Immortals Fenyx Rising - The Lost Gods takes place almost immediately after the events depicted in Immortals Fenyx Rising – A New God, so consider this a SPOILER WARNING! All over the world, disasters are ravaging cities and tearing the world asunder. Fenyx, the Pantheon’s newly appointed God of Unity, suspects the world’s catastrophic state is because several gods have abandoned Olympos. After Zeus orders the Olympian gods not to contact the missing deities, Fenyx turns to an unlikely champion, Ash. After all, Zeus never said anything about enlisting the help of a mortal...

After exploring Chinese mythology in Immortals Fenyx Rising – Myths of the Eastern Realm, we return to Fenyx’s story, with a new angle to explore what happened with some gods you did not get to see in the main game and first DLC.

A humble temple sweeper who never lost faith in the gods, the enthusiastic Ash, our young hero-to-be, travels to the Pyrite Islands 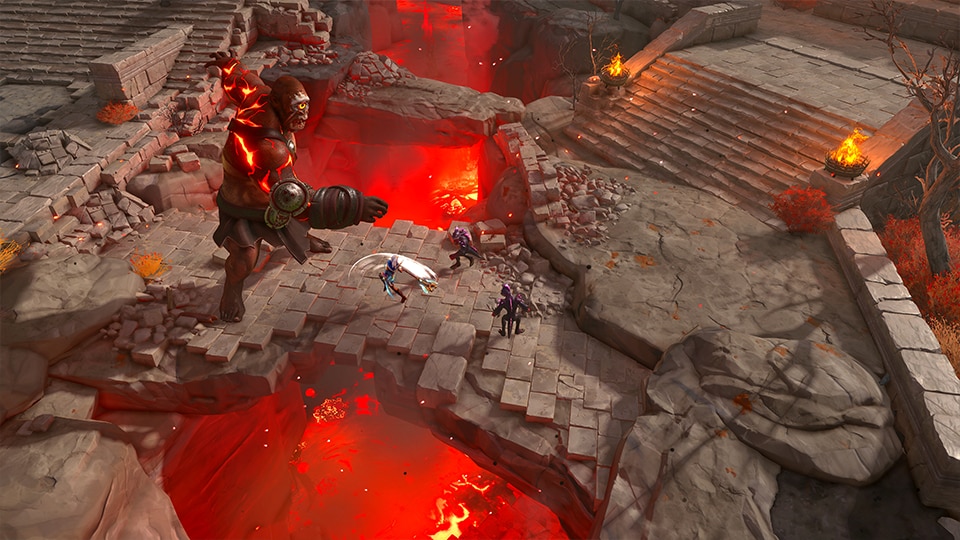 Pyrite Island was created by Poseidon without any offering made to balance its formation.. The island broke into pieces as Poseidon raised it from the sea, and each of the wayward gods picked a piece to rule over. The theme of this island is centered on the balance of the Greek’s classical elements: fire, water, earth and air. We looked for gods that embodied each of those elements, to give each god a section of this new, fractured world. The core pillars from the main game have been translated for a top-down experience with new gameplay elements. We wanted to offer our players a top-down brawler-like game, with more enemies on screen, additional tactics for managing your placement and resources, and faster pacing. Since we wanted to keep the look and feel of the main game, it was an exciting challenge. 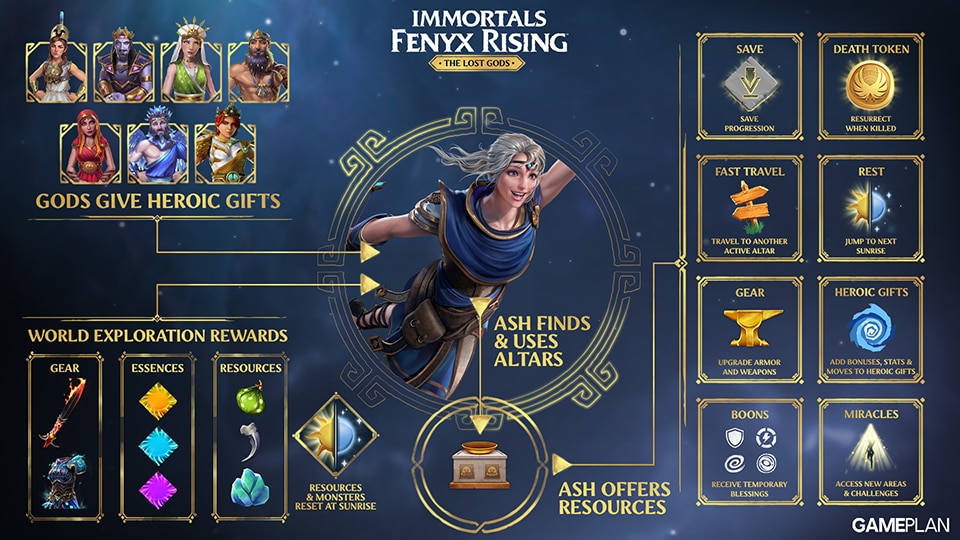 There is no Hall of the Gods or singular hub in the DLC. Instead, your progression is centered around altars to provide offerings to the gods, so that you can get help and gifts, such as upgrading your powers, saving progression or getting temporary but powerful blessings. An offering is a way to petition the Gods for help. Ash needs to find altars to offer the gods valuable resources in exchange for assistance. Altars are key in the DLC; it is where you can save your progression, upgrade Ash, fast travel, and more.

We can’t wait for you to see everything we’ve got in store within the new experience of Immortals Fenyx Rising - The Lost Gods. Be sure to let us know what you think by talking to us on Twitter, Reddit and our Forums, or share stories of your adventures with fellow players on our Discord! Now go forth and help find (and maybe save) the Lost Gods!