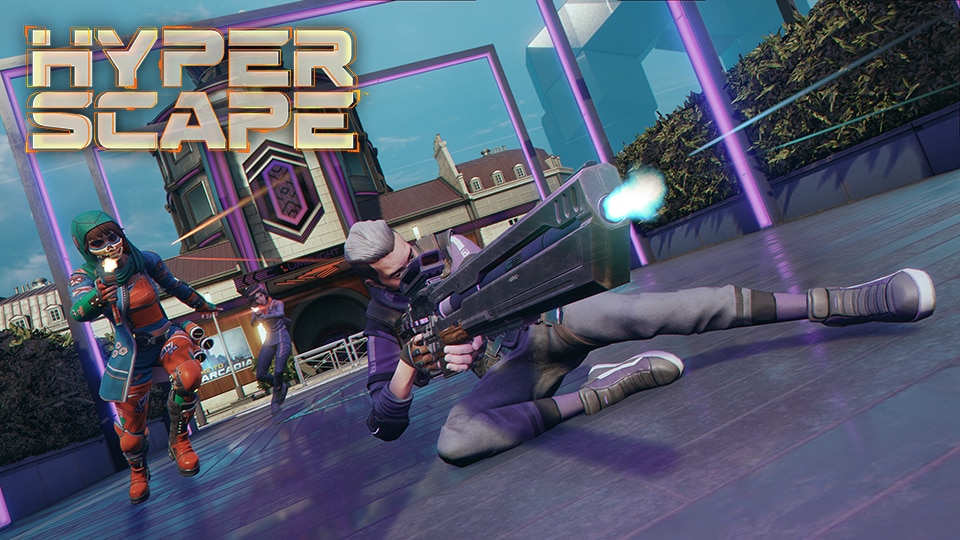 The Hyper Scape team wanted to take a moment to address the important topic of cheating and hacking in the game. We’ve seen from your posts around the community that cheaters/hackers have begun popping up more and more, and we’ve seen it in our data as well. We want to state firmly that action on this topic is treated with the highest priority on the team, and we fully understand the large disruptive impact upon our players when they come into contact with cheaters in game.

BattlEye – Our Weapon of Choice

Hyper Scape uses BattlEye for its anti-cheat solution. More than simply a piece of software, the BattlEye team themselves are key partners for us in the fight against cheating. We have direct lines of communication open with them so both sides can keep our detection and banning capabilities constantly evolving.

For Hyper Scape specifically, BattlEye kicks in as soon as a player enters matchmaking. What that means is, you need not worry about cheat videos that only show players doing game-breaking things in the lobby or training areas, as those are only local to the machine. Once those same players connect to a lobby, BattlEye detects them and deals with them, generally with an automatic account ban or hardware ban, within minutes of detection. Note: Currently, we intentionally do not trigger the ban immediately upon detection to help obfuscate the offending action the disruptive player has taken.

Since the beginning of Open Beta, at the time of this article’s publishing, BattlEye has detected and banned over 10,000 accounts from the game for using cheats. This includes Hardware ID bans in addition to permanent account bans. Over the past couple weeks we’ve seen you share video clips on reddit of alleged cheaters. In every case we have looked into, those offending players had already been detected and banned by BattlEye by the time we looked them up. In the case we come across cheaters who are not detected and auto-banned, their cases will be immediately escalated and passed on to BattlEye to pick it apart and update their detection tools to catch these new methods.

We’re All In This Together

A number of you have asked when the game will introduce a Player Reporting tool, as this will be key in tracking down more of these disruptive users. We’re pleased to say a first version of our Player Reporting system is arriving at the start of Season 1, which is coming very soon. Once live, we will be iterating on and expanding the feature set of the in-game Player Reporting tool, with substantial improvements planned to its capabilities during Season 1, Season 2, and onward.

In addition to the individual users of cheats/hacks, we are also actively keeping up with the providers of these tools as they emerge. This is an important part of our process to keep BattlEye up to date with the most effective detection capabilities. Well over 50 such cheat makers have already been shut down by our legal team, with more in progress as we speak. Both in the case of individual disruptive users and cheat makers, we must rely on a strong partnership with you, our player community, in bringing them to light. We urge you to share information on these providers when you find them, and if you have clear evidence of a player cheating, please contact us with the evidence and their username. Dealing with cheaters can at times feel like an overwhelming game of whack-a-mole, but we want you to know we’re on top of it, and with our collective effort against them we can keep the Hyper Scape a fair and fun place we all want to spend our time.

Live By the Contender’s Code

As a final note, we wanted to remind everybody of our Contender's Code. This is a document we strongly believe can guide our community development towards a positive future.