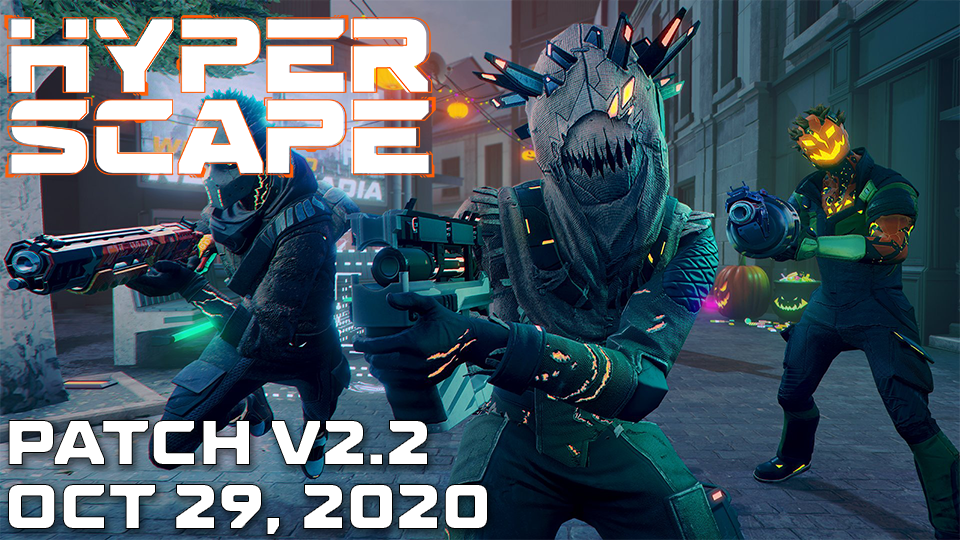 FOV SLIDER ON PS4 AND XBOX ONE

Reminder, that since our update earlier this week, we are now supporting the FOV slider on all generations of PS4 & Xbox One.

Developer Notes: You may have noticed the default FOV value has changed from 65 to 80. In fact, the value remains the same, but we converted our FOV measurements from Vertical (65) to Horizontal (80) to match player preference.

Patch 2.2 adjusts some of the changes from patch 2.1 and fixes a major issue with the Komodo.

While we intended to make the Komodo more efficient & popular, the goal was not to make it a dominant primary weapon. Its brutal rise was primarily caused by a bug in the radius of its explosion. It has now been fixed, and we also took the opportunity to increase a bit the value of a few under-performing weapons.

Developer Notes: The explosion AoE (Area of Effect) of the Komodo was supposed to have been increased from 2.5R to 3.5R in patch 2.1. Unfortunately, the actual value had been incorrectly set to 5.5R which explains why it had become so powerful. The AoE has mostly been reverted to the initial intention from patch 2.1, while keeping a bit of margin to make sure the weapon stays comfortable to use. The RoF (Rate of Fire) has also been reduced to make the weapon a bit less oppressing. We will monitor those changes closely in the coming week and re-adjust if necessary.

Developer Notes: The Mammoth Shotgun had not benefited from any buff lately, while most weapons received aim-assist or damage increases. The damage per pellet boost will make it more efficient in term of raw damage output, but the reduced critical hit modifier (aka “headshots”) will make sure it is still unable to 1-shot kill an opponent, even at full fusion.

Developer Notes: The D-TAP stays globally one of the least used weapons of the game; the increased damage and reduced lock timer should make it more reliable. The change on the critical hit modifier means the D-TAP will no longer deal critical damage (landing critical hits with this weapon was not intended and was only an unreliable trick shot for expert, this makes the gun more predictable/less exploitable)

Developer Notes: The Skybreaker’s damage increase affects only low fusion levels. The maximum damage output of the weapon is unchanged. This will make it more useful during the early phase of a match.

Developer Notes: The health regeneration change generated a lot of feedback. While we consider the longer delay for regen to kick-in (15s) to be a positive change for the pacing and lethality of combat, we agree the Health Regen Speed itself was now too slow. It has been strongly increased, but the Health Regen Trigger Delay stays at 15s.

Developer Notes: The Second Chance mechanic is having a positive effect on Solo Crown Rush matches, allowing new players to participate for longer duration, and learn the game faster. We are extending its duration to 6:20 to let more players enjoy it. As before, this mechanics is restricted to Solo Crown Rush matches only.