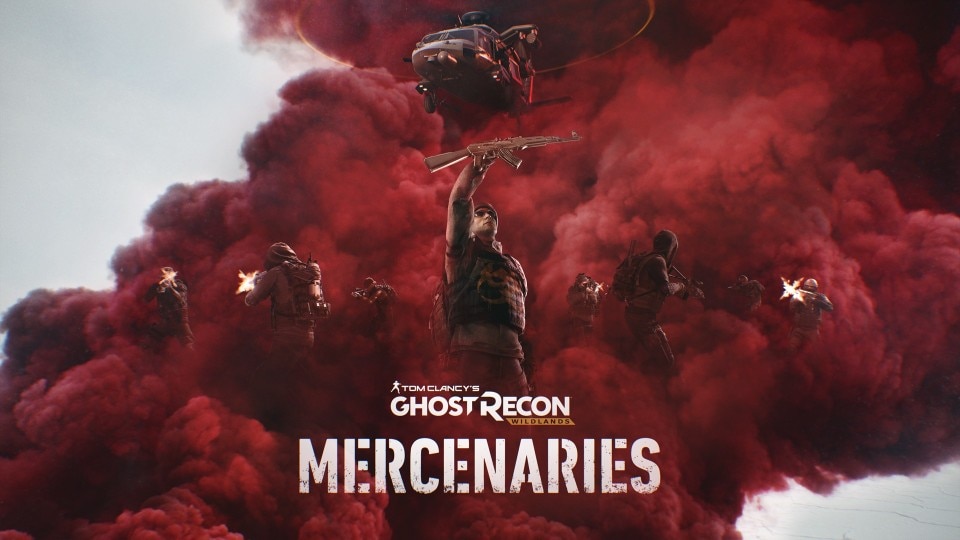 Your support of Tom Clancy’s Ghost Recon® Wildlands since the launch has been truly incredible. Through strong PvE content, Ghost War, iconic character appearances, and community requested features, you’ve stood beside us through every step of the journey.

We’re proud to introduce you to Mercenaries. We’re excited to experiment with this concept to bring something new and different before we launch the next installment in the franchise.

Mercenaries is an eight-player free-for-all PvPvE gameplay experience. Your objective is to call for rescue, locate and reach the extraction point, and be the first to board the chopper. 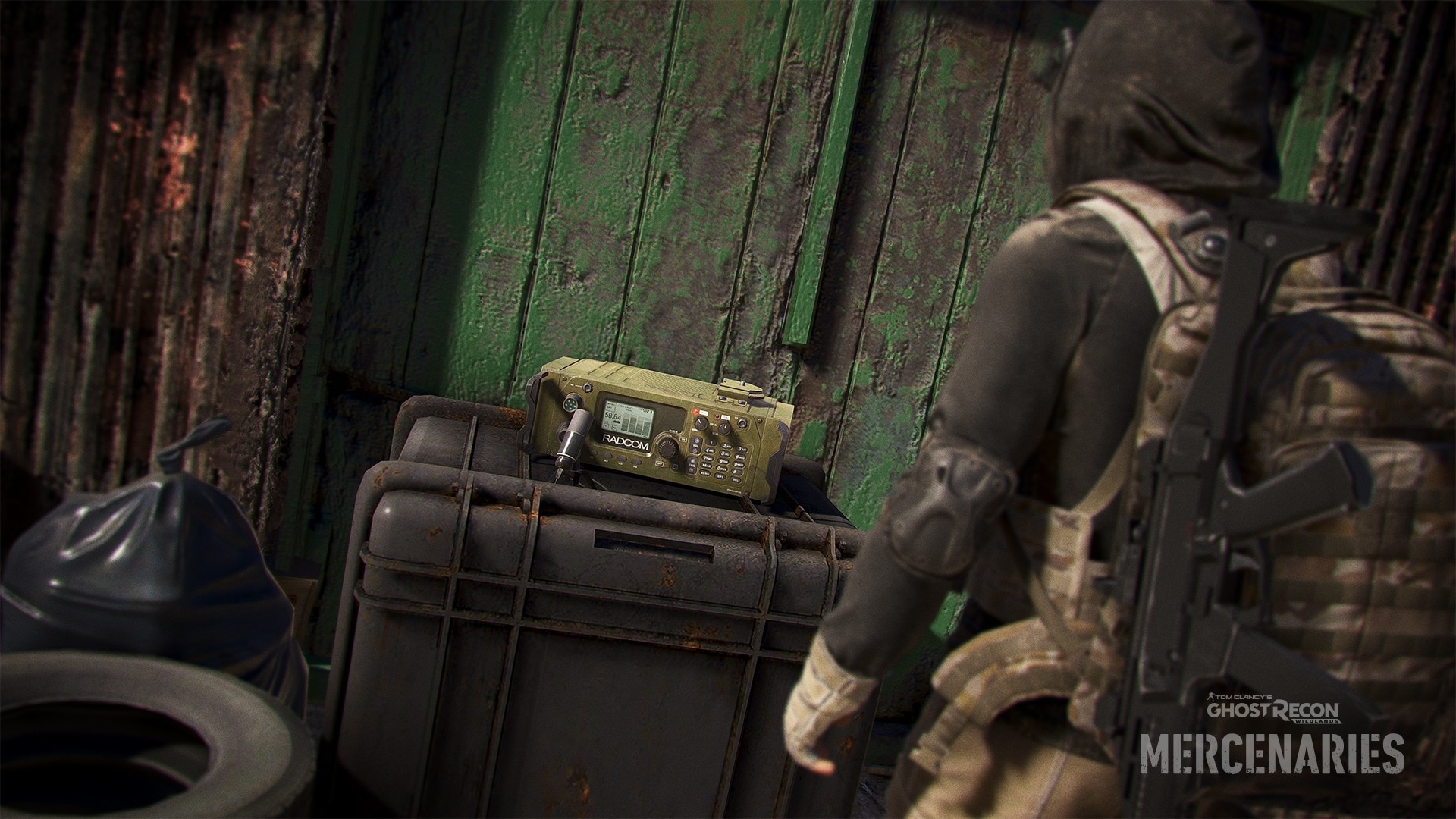 At the beginning of the match, your extraction point is unknown and you will have no weapons, gear, or items. You will need to locate and activate radio transmitters to shrink the possible extract zone on your map.

In order to locate the transmitters, you will need to find an intel marker. After interacting with the intel, you will have three choices to gain an advantage through the position of a transmitter and a randomly determined selection of the following:

• The position of other players for a limited amount of time

• The position of rare items like gear and weapons

• The position of a vehicle

During this phase, you will need to compete with other players and face Unidad soldiers to locate transmitters. You’ll also need to find gear and weapons to give yourself a competitive edge.

Once you activate three transmitters, you’ll reveal the exact position of the extraction point and gain one out of the five segments needed to fill your extraction gauge and board the helicopter. 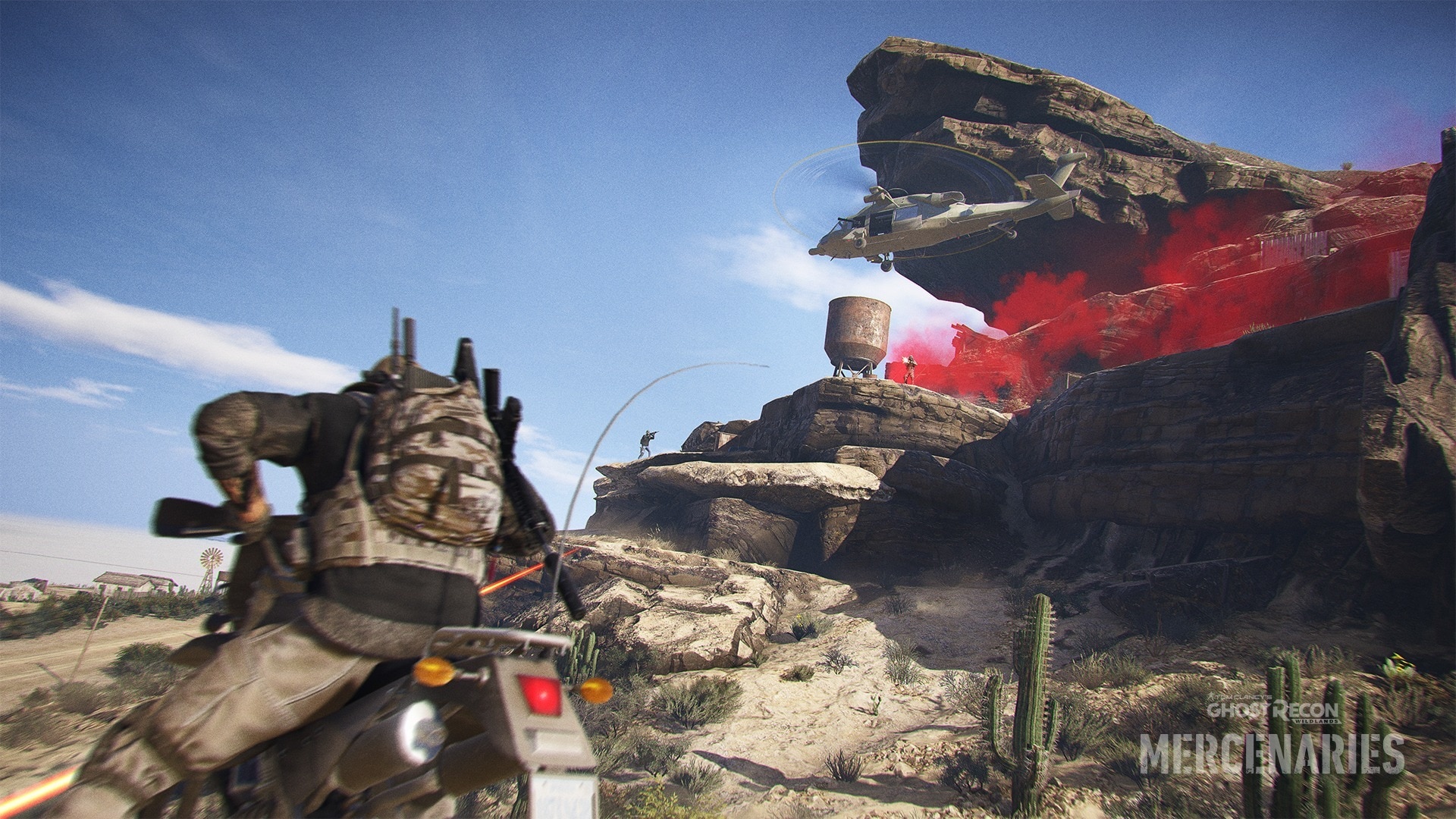 When you’ve activated three transmitters, the helicopter will start flying to the extraction point. When the helicopter lands, the location will be revealed to all players.

Those who haven’t activated three transmitters can still continue to gather intel.

Depending on your strategy, you can use intel to get better gear, reveal enemy player locations, or gather three transmitters yourself to begin filling your extraction gauge before reaching the helicopter. 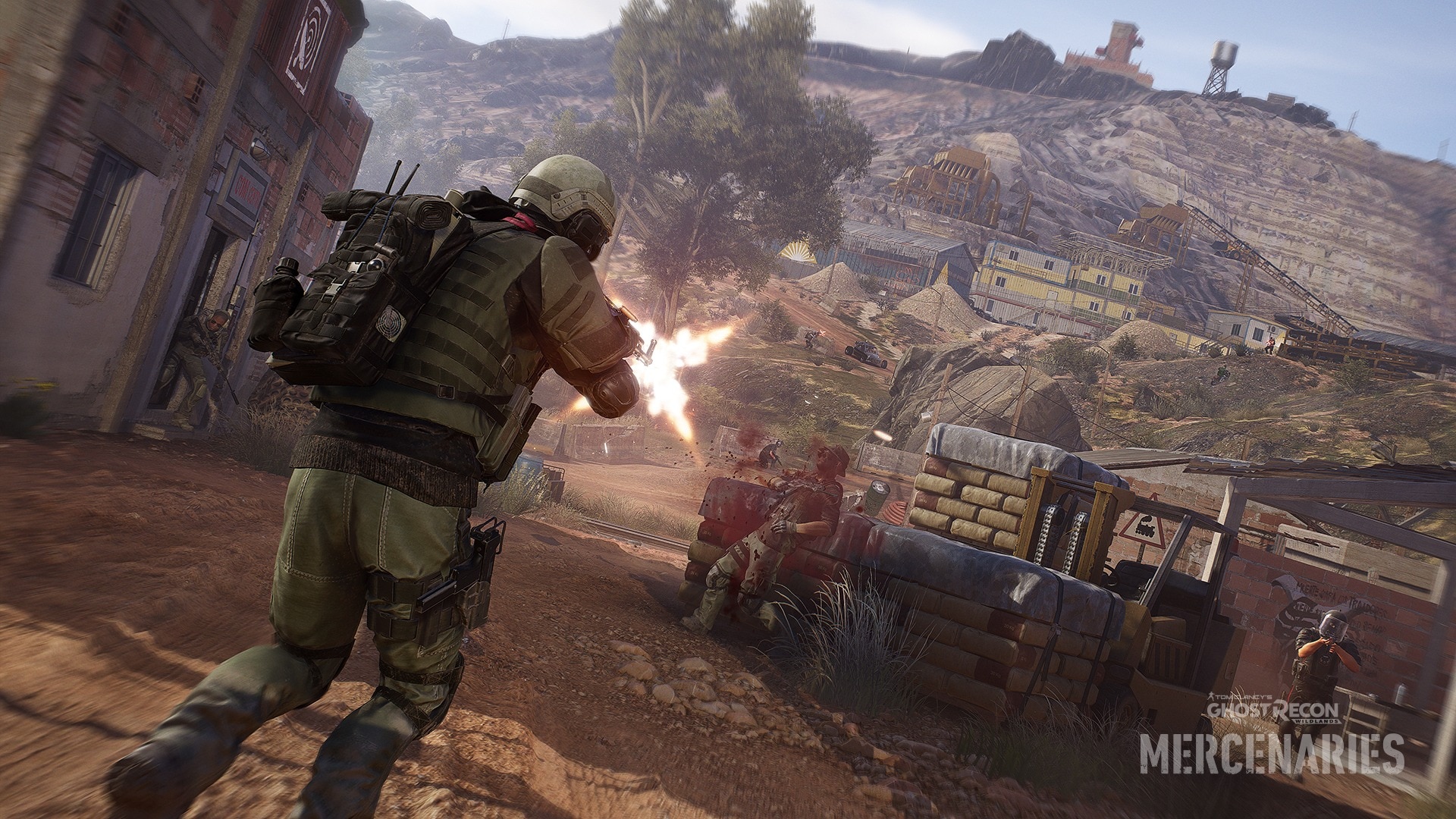 This gauge will have checkpoints, and if you are forced to leave the area or want to set a trap for the other mercenaries, the gauge will remain filled to the last checkpoint you reached.

The helicopter will not extract you if there are other players in the area, so you’ll have to use your best tactics to keep the other mercenaries out when your gauge is full.

When you spawn in the match, you will be equipped with nothing but your melee weapon. It will be on you to find the best gear, weapons, and consumables to fight enemy players and the Unidad forces.

Located around the map and on the bases, there will be caches where you are be able to find everything from sniper rifles and flashbangs to armored vests and healing syringes.

If you die, you will lose all of the loot you gathered and start at square one when you respawn.

This is Tom Clancy’s Ghost Recon Wildlands, so good tactics will always be rewarded. Utilizing the transmitter system, exploring the map, and infiltrating Unidad bases for loot will give you plenty of opportunities to get back in the game even if you die.

Mercenaries will have a new health and armor system. Based on the gear you pick up, an armor bar will appear. This bar will absorb a percentage of damage based on the penetration capability of your opponent’s weapon.

If you are injured, you can loot three different types of healing items to get back into fighting shape:

• Medikit restores all health and will stop bleeding

• Bandage stops bleeding but will not restore health

• Syringe restores health but will not stop bleeding 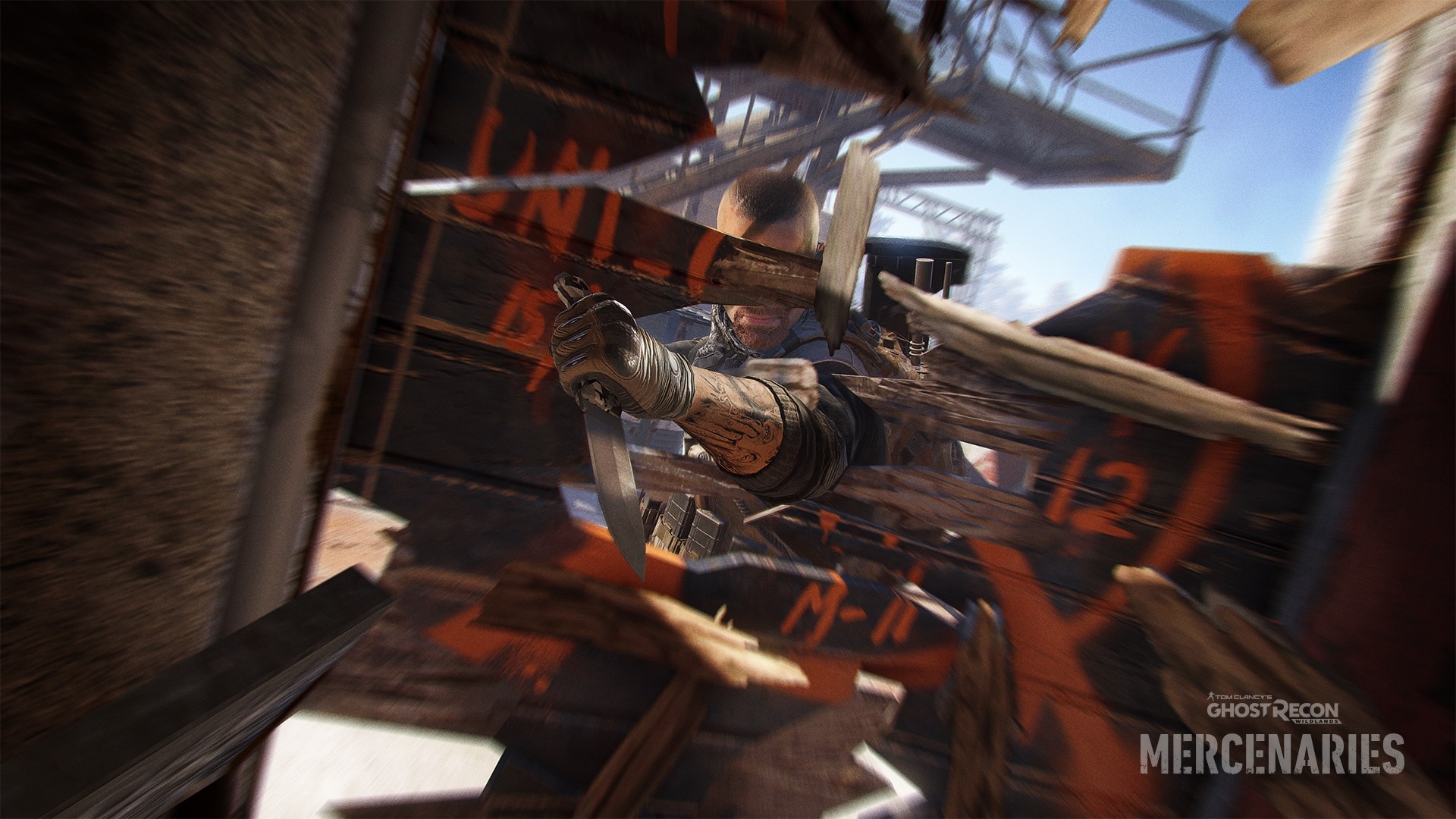 In Mercenaries, destructible doors can be opened with a CQC. Behind these doors, you’ll have the chance to find loot to help you take on other players and Unidad.

You’ll have to think tactically about when to do it as your opponents will be able to hear you breaking the doors if they are close by.

It’s up to you to weigh the risks against the rewards in every scenario of Mercenaries. 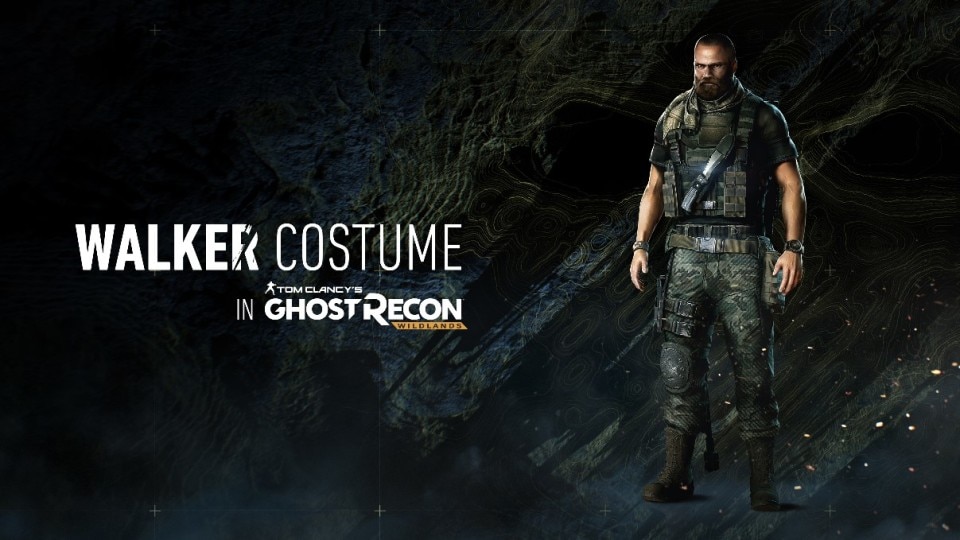 After completing your first game, you will be granted the Lone Wolf costume as a reward to thank all players who try out this mode.

You will also obtain rewards based on your number of wins:

• (PVP) Sapper mines will now blink while activating, similar to the Trapper.

• (PVP) Fixed exploits in the Dust Town, Lithium Mine, Zinc Mine, and Institute maps.

• (GUERILLA MODE) Fixed an issue in Guerrilla Mode where players would be rewarded with more Prestige Credits than intended.

• (GUERILLA MODE) Fixed an issue in Guerrilla Mode where a player would respawn in their "dead" animation when the revive is interrupted by the respawn mechanic.

• (PVE) Fixed an issue where the player would not receive Carzita's briefing video when entering Agua Verde.

• (PVE) Fixed an issue where Nomad would walk instead of crouching or crawling after picking up a dropped weapon.

• (PVE) Fixed a visual issue in the Itacua province.

To learn more about Tom Clancy’s Ghost Recon Wildlands, please keep an eye on ghostrecon.com, visit the official forums, and join the discussion on Twitter by tagging @GhostRecon or by using #GhostRecon.