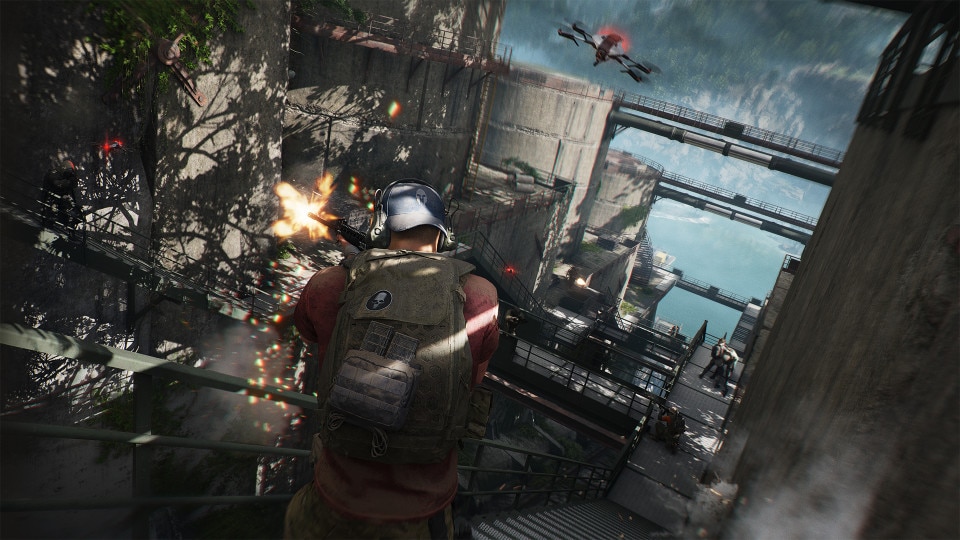 Classes will help you fine-tune your Ghosts and their abilities to fit your playstyle. Freedom of choice is key in Tom Clancy’s Ghost Recon® Breakpoint, and you can easily change your class in the Bivouac.

Four classes, including the Panther and the Sharpshooter, will be available at launch, providing many options for players to create their own playstyles. And there is more to come in post-launch!

The Assault is the master of the frontline. Their True Grit technique temporarily restores health and reduces damages taken. The Assault has access to a Gas Grenade, which deals continuous damage to enemies in the area.

The Field Medic is the perfect support for a full team of Ghosts. Its special technique allows Ghosts to use a Medic Drone that can shoot darts at allies to heal and revive them. Even when the Field Medic is down, Ghosts can still use it to revive themselves!

The Panther is for stealth players who want to fly under the radar. They have access to the Cloaking Spray, enabling them to hide from drones for a while, as well as the ability to use a smoke bomb to get away from their enemies.

The Sharpshooter is for players ready to take out their enemies one by one. They have access to a Sensor Grenade, detecting and tagging enemies in the area, as well as a special ammunition that provides more range and accuracy.

Perks are passive effects that improve specific aspects of your character. Players can equip up to three perks. If you like holding a gun, try Guerilla to receive a bonus in handling and injury resistance. If you like stealth, try Crouch Stealth to get a crouching bonus and noise reduction. If you want to run and gun, try Explosives Expert and get a bonus when you throw grenades. 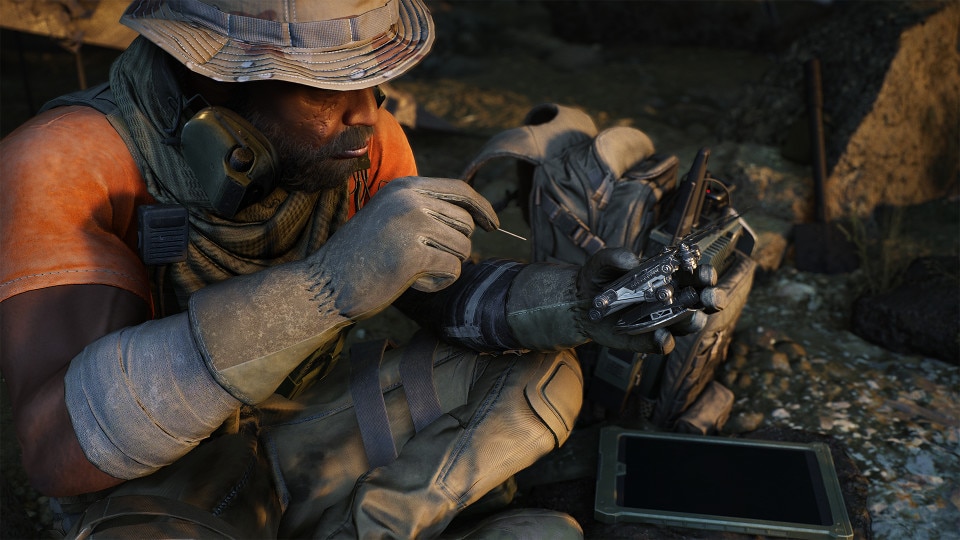 Bivouacs are a safe place to rest and prepare for battle, both in solo and co-op. You’ll find them in various spots, spread across Auroa.

Once per Bivouac, you will be able to gain a temporary buff by performing a specific action, such as cleaning your weapon, repairing your drone, healing yourself, or eating food. You will also be able to craft items, thanks to the materials and loot you will find in the world, and check on your squad’s gear.

Tom Clancy’s Ghost Recon Breakpoint is a military shooter at heart. We’ve taken care to ensure this guides our design philosophy when integrating new mechanics into the Ghost Recon franchise.

Just by playing the campaign, you’ll get all the gear you need to be on par with the end-game enemies. You will not need to engage in secondary activities to get gear if you don’t want to.

You can play with your friends in co-op regardless of differences in player or gear level. World balancing is player-centric, meaning your character level, gear level, and chosen difficulty setting will apply only to your session.

Regions do not have level restrictions. The Raid is the only activity that requires a minimum level. Some activities and enemies have set levels, but you can still take them on at any time with the right tactics and skill.

PvP will have separate balancing to ensure that all players have a fighting chance, whether they’re just starting out or have the best gear. We will have more to share about this system soon!

Human enemies have different types of protection and some may be slightly harder to kill, but they can always be taken down with a single well-placed headshot unless they’re part of a rare archetype sporting serious head armor, such as the Heavy.

Drones will have a visible Gear Level that will affect several variables, including the amount of damage they can deal to the player and the speed at which they can detect the player.

The Gear Level of drones will evolve with the player’s progression to ensure that there is always a challenge for you to take on.

In Tom Clancy’s Ghost Recon Breakpoint, players will be able to find two types of loot: weapons and gear, and resources.

Ghost Recon Breakpoint will have a ton of weapons and equipment to complement the way you play. No matter your style, you’ll find an arsenal of weapons that excel in every type of combat: close-quarters, mid-range, and long-range.

We want you to have fun trying out all the different weapons Ghost Recon Breakpoint has to offer, but if you have a favorite weapon model, there are ways to ensure you can play with it throughout the game.

Skill is still a Ghost’s best weapon. A well-placed shot and good tactics will be rewarded no matter the weapon you’re using.

Materials can be found throughout the world and will allow players to craft consumable items, such as rations, bandages, or syringes.

Weapon Parts can be used to upgrade the Mark of a specific weapon family.

Drone Parts can be found on drone carcasses and can be used to craft items related to drones, such as Solo SyncShot Drones.

Gear Parts can be acquired when dismantling gear and can be sold in Erewhon, your base of operations.