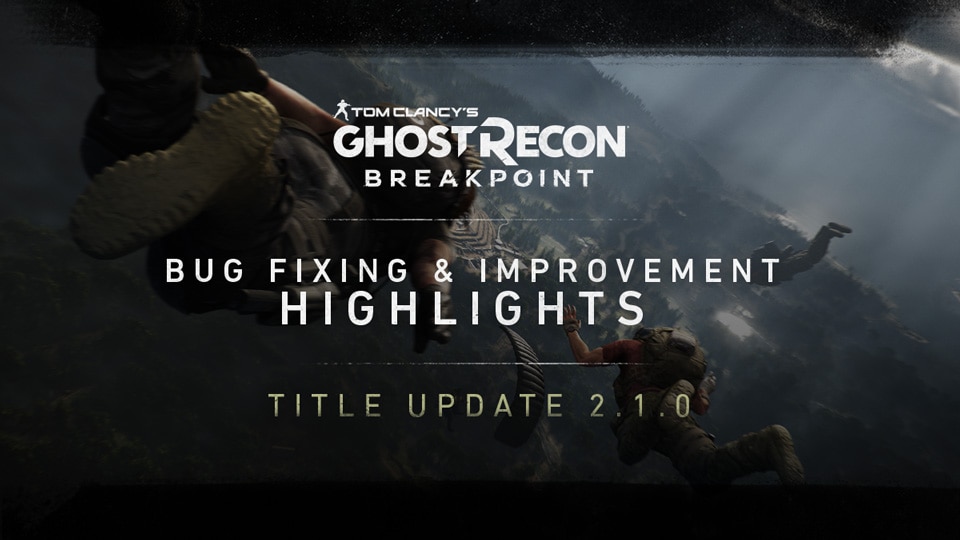 Below is a list of some of the major bug fixes and improvements that will be included in our next upcoming patch for Tom Clancy’s Ghost Recon® Breakpoint, Title Update 2.1.0.

If you are expecting to see a fix that is not listed below, please be aware that this is not a comprehensive list of all fixes and updates to TU 2.1.0. We will be sharing the full list of Patch Notes closer to the release date of the Title Update.

Make sure to check back in on July 9 for an update on what improvements are also coming to the Gunsmith in TU 2.1.0!