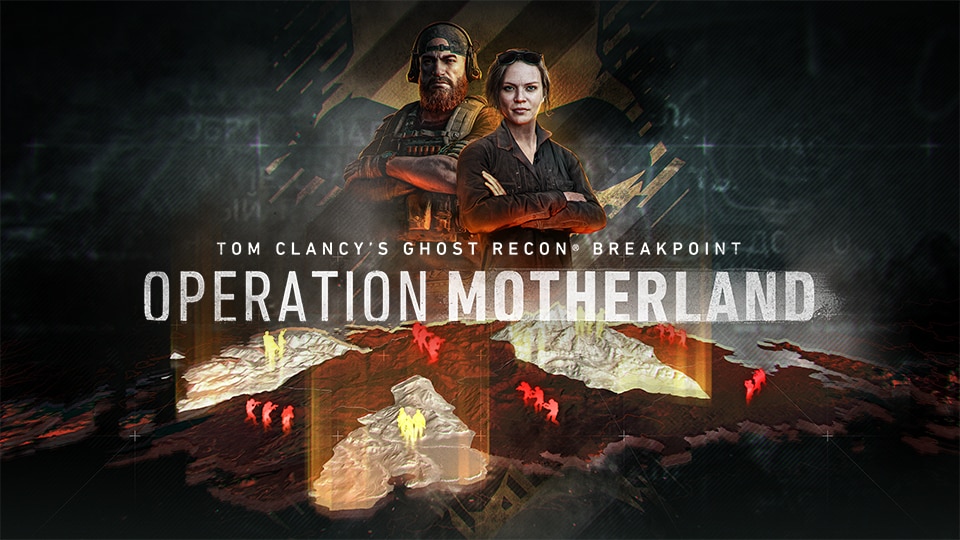 Your mission on Auroa is over and Nomad has left the island. A few months later, the island has become a key strategic target for powerful countries interested in controlling the island and its technology.

The CIA aims to ease global tensions by giving the power on the island to a neutral force -- Ito and the Outcasts -- turning Auroa into an autonomous country.

This operation, led by Karen Bowman, is called Motherland. What Is Conquest Mode?

Conquest mode is a new alternative mode to the classic Tom Clancy's Ghost Recon Breakpoint story mode, with an emphasis on player actions having consequences on the island of Auroa. A variety of missions will be available to choose from, including destroying objectives, securing enemy camps, stealing vehicles, and choosing to extract or eliminate the four Bodark Lieutenants.

As players progress through Operation Motherland, they will free Auroa from the clutches of the Bodarks, with the help of the Outcasts and Karen Bowman.

Conquest mode marks the return of faction warfare to Tom Clancy's Ghost Recon Breakpoint. As players conquer Auroa, the Outcast presence will increase in the wild and in encampments, making faction warfare more frequent. You'll notice road checkpoints, convoys, hostage situations, and patrols fill the island based on faction presence. These events will vary in difficulty according to their respective regions -- be sure to check your TacMap to find more details on each region's challenges. They are ruthless infiltrators and manipulators, allied to Sentinel and Wolves. The five Bodark enemy archetypes will be present both in encampments and in the wild.

Each type of Bodark enemy will have equipment that changes based on the highland, urban, and wild biomes. Players will notice new Russian weapons and vehicle skins on the Bodark faction.

Players will also be able to get kitted out with new items in Maria's Shop, including a Mixed Materials Ghillie Outfit, so their own options will increase along with the Bodarks'.

The island of Auroa itself is going through some changes along with those fighting for control of it. New atmospheres specific to five separate zones will be in effect, with an overall autumn/winter feel. Weather changes including cloudiness, rain, fog conditions, and sunniness will vary more around the island based on region.

Players should notice more variety from day to day, particularly after bivouac rests. We have also done a thorough review of environmental effects including insects, fumes, grasses, and bird flight, which should add even more life to Auroa. Optical Camo is unlockable in Conquest mode! The optical camo function with a gauge system that starts at 100 and decreases with time and according to player action. Turning on the camo consumes a certain amount of gauge per second, and firing a weapon or running will increase the rate of consumption.

The Optical Camo allows players to be invisible to enemies up to a certain distance; as players increase the efficiency of their camouflage via the upgrade system, their camo will become even more efficient. While Camo progression is only available in Conquest mode, the Optical Camo can be used in story mode as well.

Players will have many reasons to keep returning to Conquest mode, as the maximum XP level has been raised to 99. Skill points can also be used to increase weapon mastery and focus on a preferred playstyle.