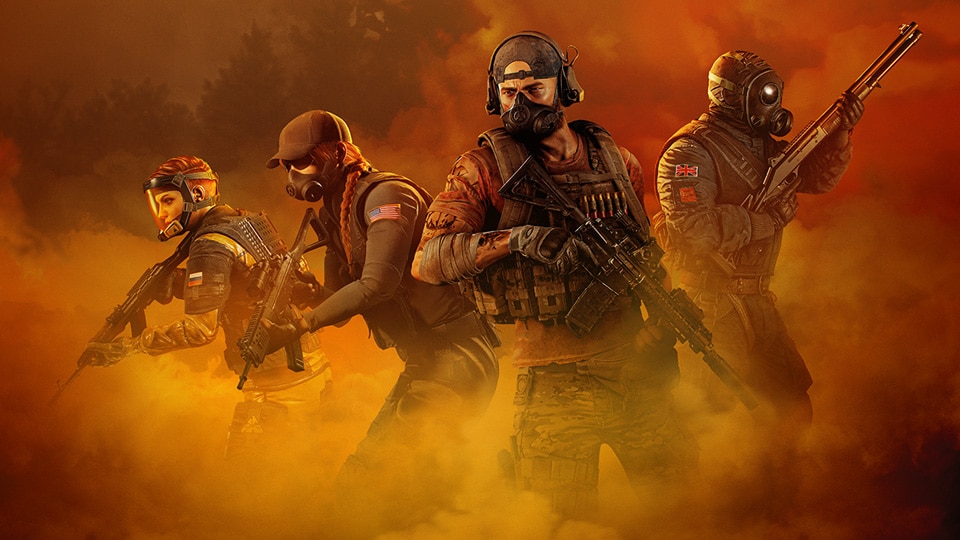 There is an emergency on Auroa. Reports have come in of gas clouds appearing across the island, and it is your mission to investigate. But don’t worry, you won’t be going in alone. Beginning on January 21, you will join forces with Ash, Finka, and Thatcher of Rainbow Six and take on this growing threat together.

After contacting Lesion, Nomad learns that Sentinel is producing a toxic gas called Amber Ruin and is planning to sell it overseas. As the gas is already spreading across the island, it is up to you to put a stop to this and prevent the nerve gas from leaving the island. In addition, you’ve been tasked with helping Rainbow find a cure for the affected populace. You will need to use special CBRN gear, as well as breach and clear tactics, in order to infiltrate these facilities.

Looking to create your own C-T Unit? We got you covered.

In addition to that, items from the Terminator and Resistance! Live Events will also be available to purchase for a limited time.

Good luck out there, Ghosts.