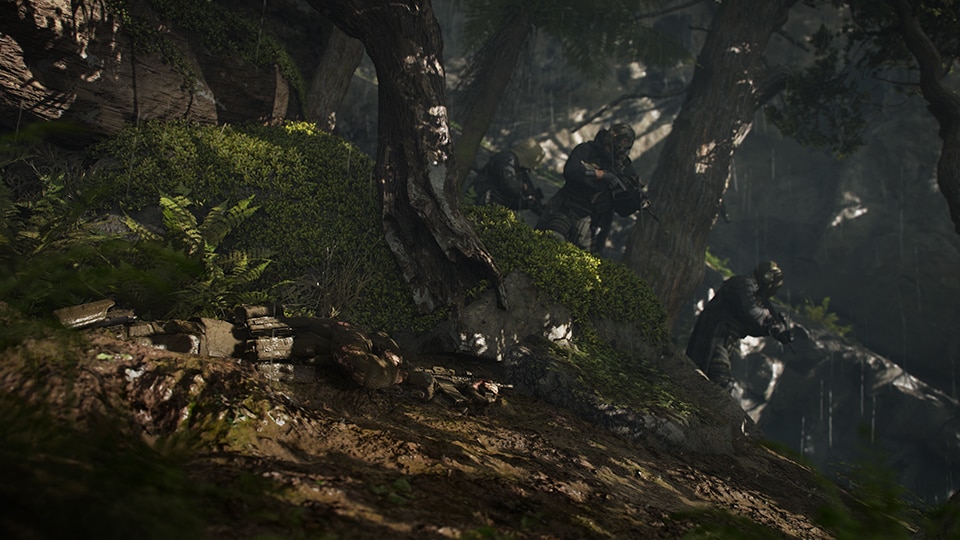 __Q: Can you tell us about the design philosophy behind the stealth mechanics in Tom Clancy’s Ghost Recon Breakpoint? __

As Ghosts, the first phase of stealth is reconnaissance. It is important for our players to be able to map out enemy locations, establish a plan, and then execute it.

We want to give players an accessible but credible stealth experience. A large part of that is enemy detection, which will rely heavily on context, such as ground materials for footsteps or vegetation, as well as a partial obstruction for visual detection.

If you are spotted by an enemy and can take them down quickly before they alert their allies, you will not raise suspicion in a camp. However, some enemy archetypes have abilities that will be particularly challenging. You’ll want to watch out for the archetype that can quickly call in reinforcements if they are alerted.

Understanding the different enemy archetypes and how to deal with them strategically by using your environment, tools, and arsenal to your advantage is key to the stealth experience in Tom Clancy’s Ghost Recon Breakpoint.

We also want players to be able to reset the situation and “vanish” if they need to. Should things get a little too heated, players can always hide from the enemies looking for them and wait for the stealth loop to go back to its initial state. 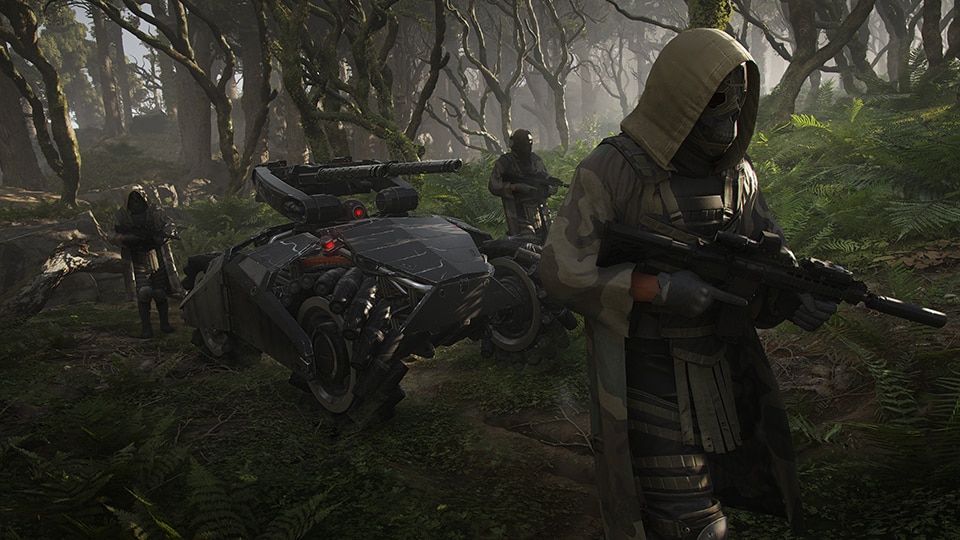 Weapon detection is impacted by:

Enemies will also be able to hear explosions, larger vehicles, and falling objects, depending on their size and distance.

__Q: What are your best tips for playing in stealth? __

Recon is your best friend!

When you’re playing stealthy you’ll want to identify and differentiate the types of enemies you’re facing. Enemy archetypes that can quickly call reinforcements or that have high vantage points can be especially dangerous left unaddressed.

Easy targets that are isolated from their allies can be taken out, like enemy snipers. Eliminating these enemies first, if possible, is a good starting point, as they often have a good visual spot and will limit your next stealth move if you don’t take them out.

Next, we recommend identifying targets that can be isolated, such as stationary units, entrance guards, and enemies in casemates.

Heavy targets, such as drones or large groups, will need to be dealt with carefully. Try to disperse the groups using your tools, or lure them to another location away from your target.

For example, you can use a Diversion Grenade to draw a group of enemies over a pre-placed mine to create a deadly combo.

You will also have opportunities available to you in camps, such as disabling generators, which will shut down lights and offensive installments like mortars and automated turrets.

The Sync Shot Drone is another useful tool in stealth. Quiet and effective, you can take out up to four enemies at once. Keep in mind that enemies will react if they see an ally die, so plan your targets strategically.

If you’re doing recon from afar, make sure you do it from cover. Staying near roads in Auroa will make it more likely for you to be spotted by patrols.

Q: How can players use the environment to their benefit?

The diverse environments of Auroa are some of your most reliable allies. Players can hide in vegetation and long grass to maintain their cover while moving around outdoor objectives.

The new prone camo feature provides similar bonuses and makes recon much safer. Look out for snow, mud, sand, and other types of terrain to cover yourself and make it hard for enemies to spot you.

Players can also use the carry body feature to take advantage of the vegetation. You can dump downed enemies into certain types of plants to hide them from their allies who might come on patrol or searching for a missing comrade.

Q: Are there any items that will aid the Ghosts in their stealth approach?

Ghosts have a lot at their disposal to enhance stealth gameplay. Your bread and butter tools for a silent approach will be:

There are also items which, when used correctly, can make the difference in a covert infiltration.

Q: You mentioned the Panther class as a great choice for stealth players. Can you tell us more?

The Panther class is all about close-range stealth and vanish. To support that, the Panther is equipped with items like the cloaking spray and increased base movement speed to deliver that type of gameplay experience. The core of this class is eliminating isolated threats, engaging a targeted group aggressively, and then quickly vanishing, using the Blinding Smoke skill to return to a stealth state.

And it doesn’t stop there. We want the players to have a class they can rely on for their stealthy maneuvers. Thus, the Panther is also equipped with a better silencer for SMGs and handguns that negates all the damage, penetration, and muzzle velocity penalties caused by the silencer. 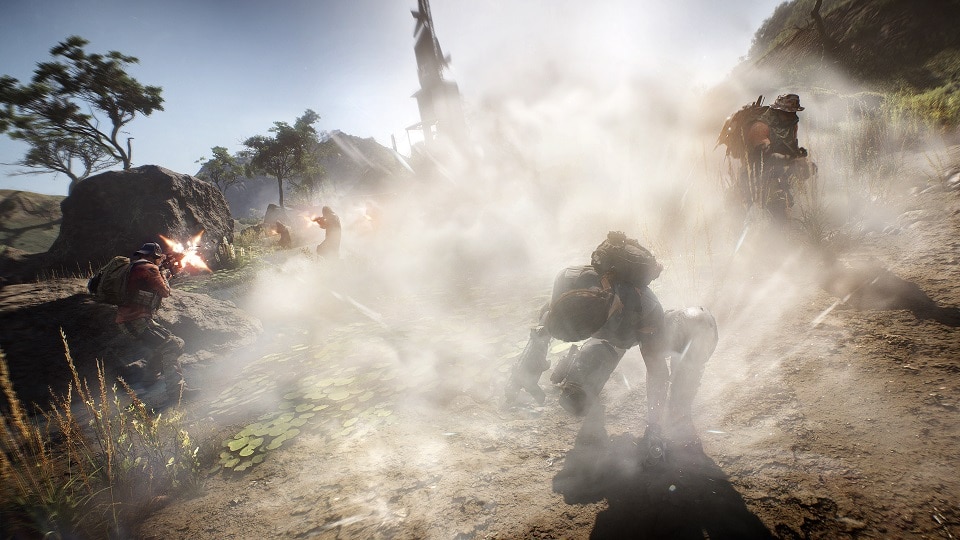 __Q: Can you create a Ghost that is effective in stealth while not playing Panther? __

Of course! There are stealth perks that all classes can equip to reduce their chances of being detected. A few gear items will provide the same types of bonuses.

Your character can have what we call “Stealth Stat,” which measures how difficult it is for enemies to detect you and how easy it is for you to disengage from combat.

When it comes to drones, the Sensor Hack perk makes it more difficult for them to detect you, and also gives a bonus to drone damage. This will be the perk of choice for players wanting to take down drones stealthily.

You can also get bonuses to movement speed from the Burst Forth perk or some gear passives.

Players can also utilize the Sixth Sense perk, as well as some high-end gear, which activates the Automatic Marking. This will automatically mark enemies in a close range around the player. It is an extremely efficient tool that allows you to predict enemy movement and surprise them from stealth. 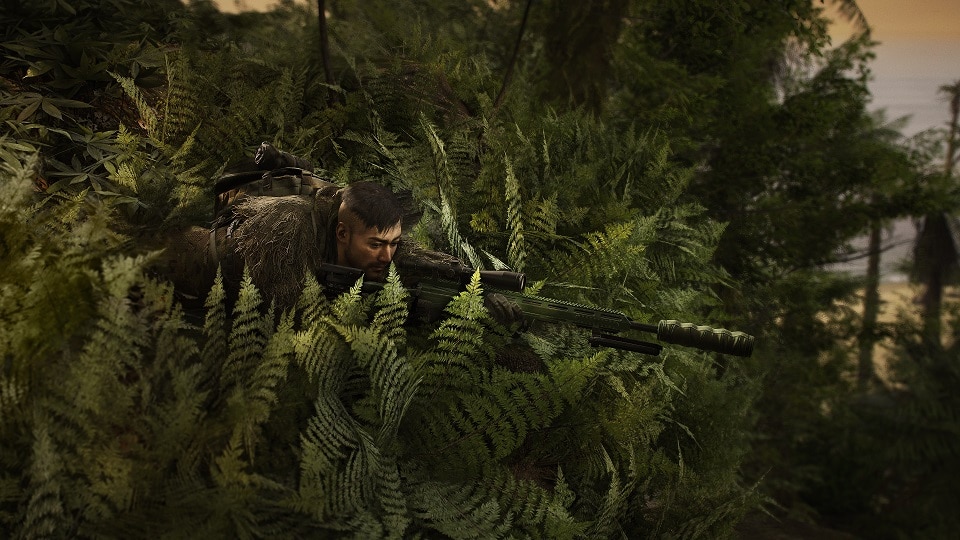 Q: You can’t talk stealth without talking about CQC. Could you tell us more about CQCs in Ghost Recon Breakpoint?

CQC (Close Quarters Combat) finishers are as silent as a silenced handgun. However, unlike the shot, CQC cannot miss and is always lethal – but you have to get close enough to do it.

At launch, we will have two melee weapons available: combat knife and karambit. Be sure to try them both out to see which style you like!

Our authenticity team worked with real spec ops for the mocap of these animations to make them feel varied, realistic, and brutally satisfying.

__Q: When is it most useful to resort to CQC over your firearms? __

A headshot with a handgun can be quicker with good aim; however, CQCs are guaranteed takedowns if you’re able to pull them off. Also, if you’re playing the Panther class, using CQCs will quickly charge up your class skill (the Smoke Grenade) for use.

Depending on your choice of class and perks, you can definitely make a Ghost that specializes in badass, silent takedowns.