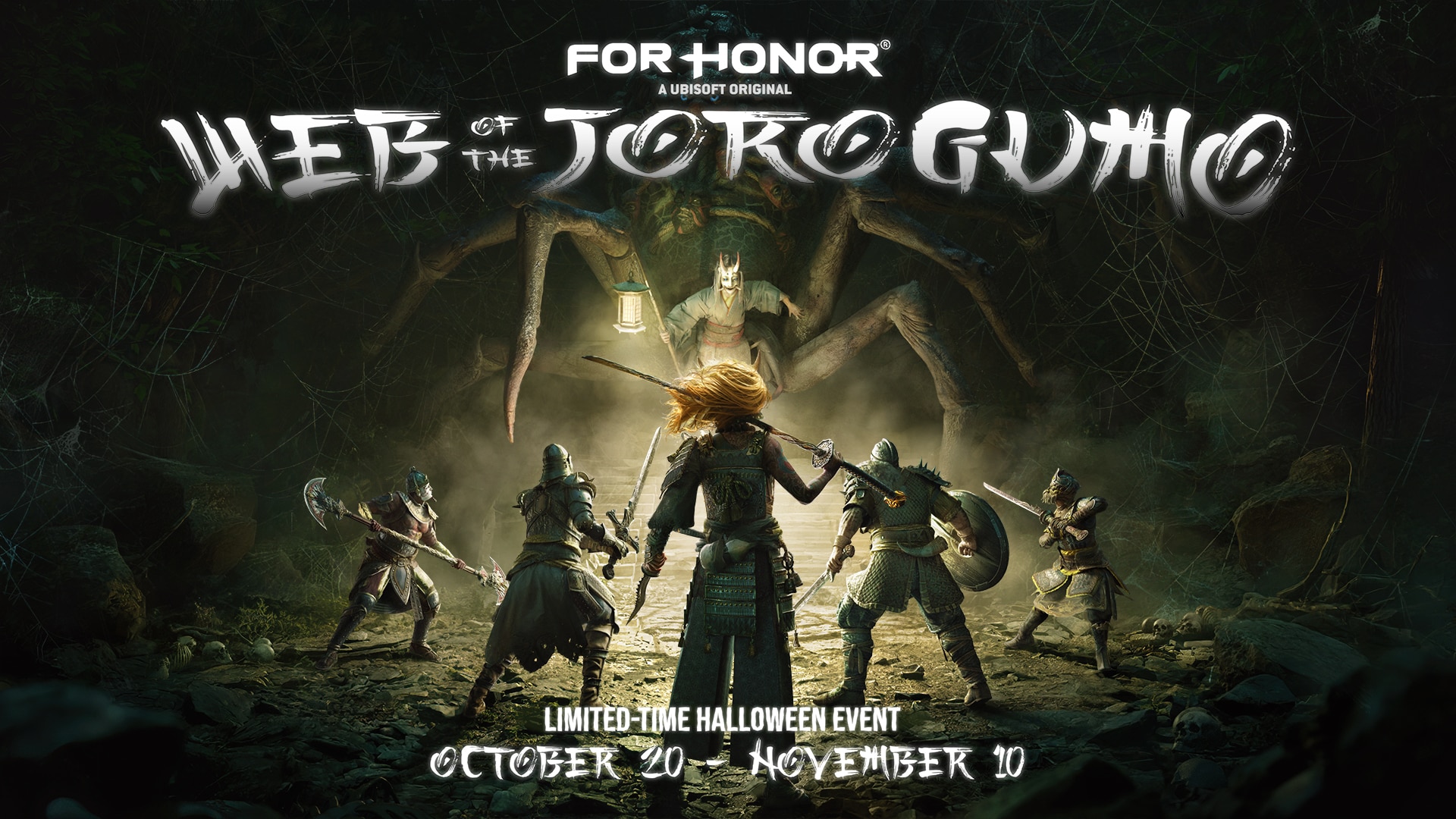 Starting October 20th, Y6S3TU2 will bring frightening visuals and terrors beyond belief. Brace yourself as stories will unfold that will continue to enrich and haunt the world of For Honor. 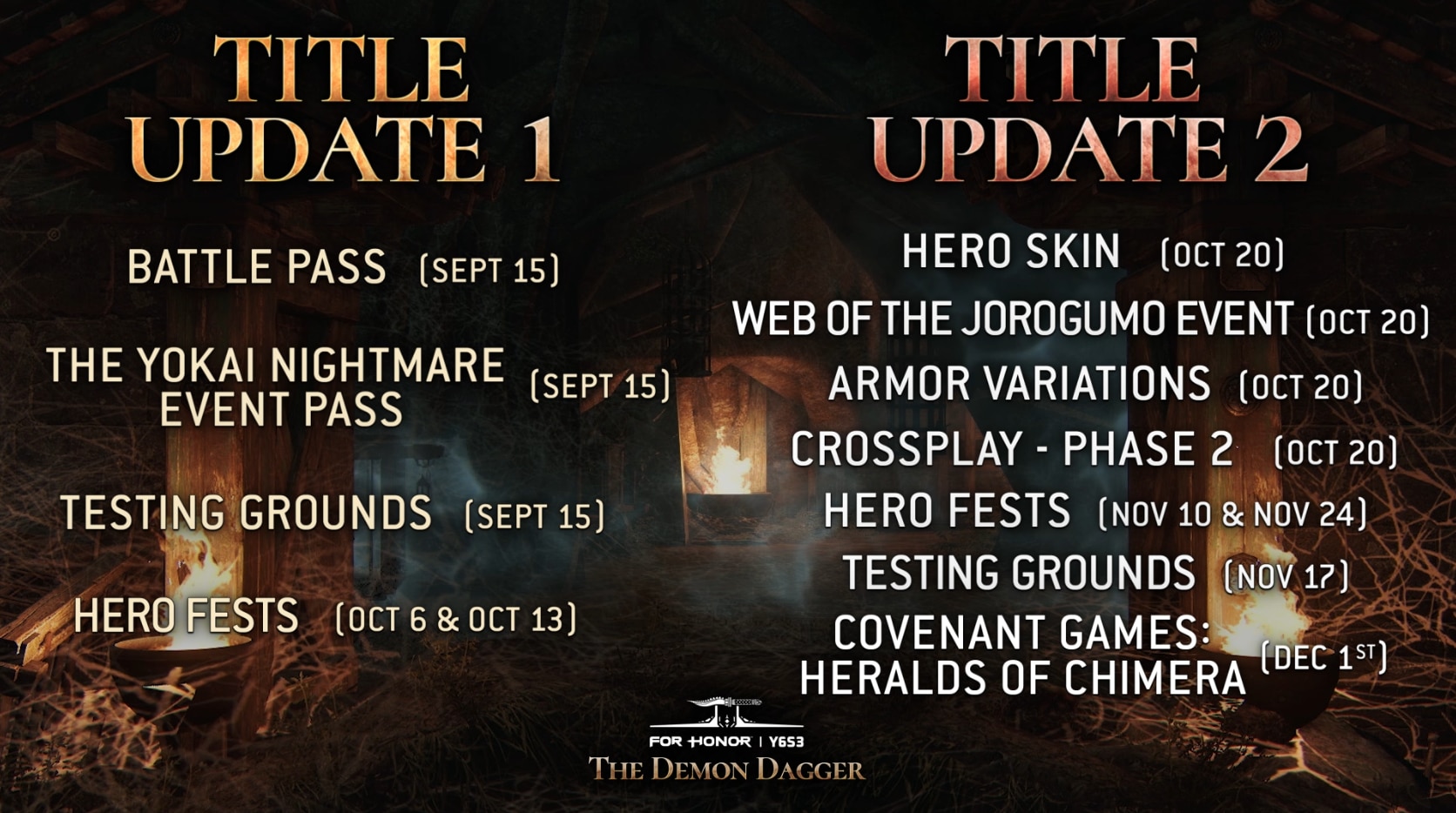 In this Warrior's Den recap article, we'll mainly go over what Title Update 2 has to offer: The Web of The Jorogumo event, the Hero Skin, new patch notes and everything regarding the Testing Grounds.

For a more in-depth discussion of the season and what's in store for the launch of Y6S3TU2 on October 20th, we encourage you to check out the Warrior's Den VOD 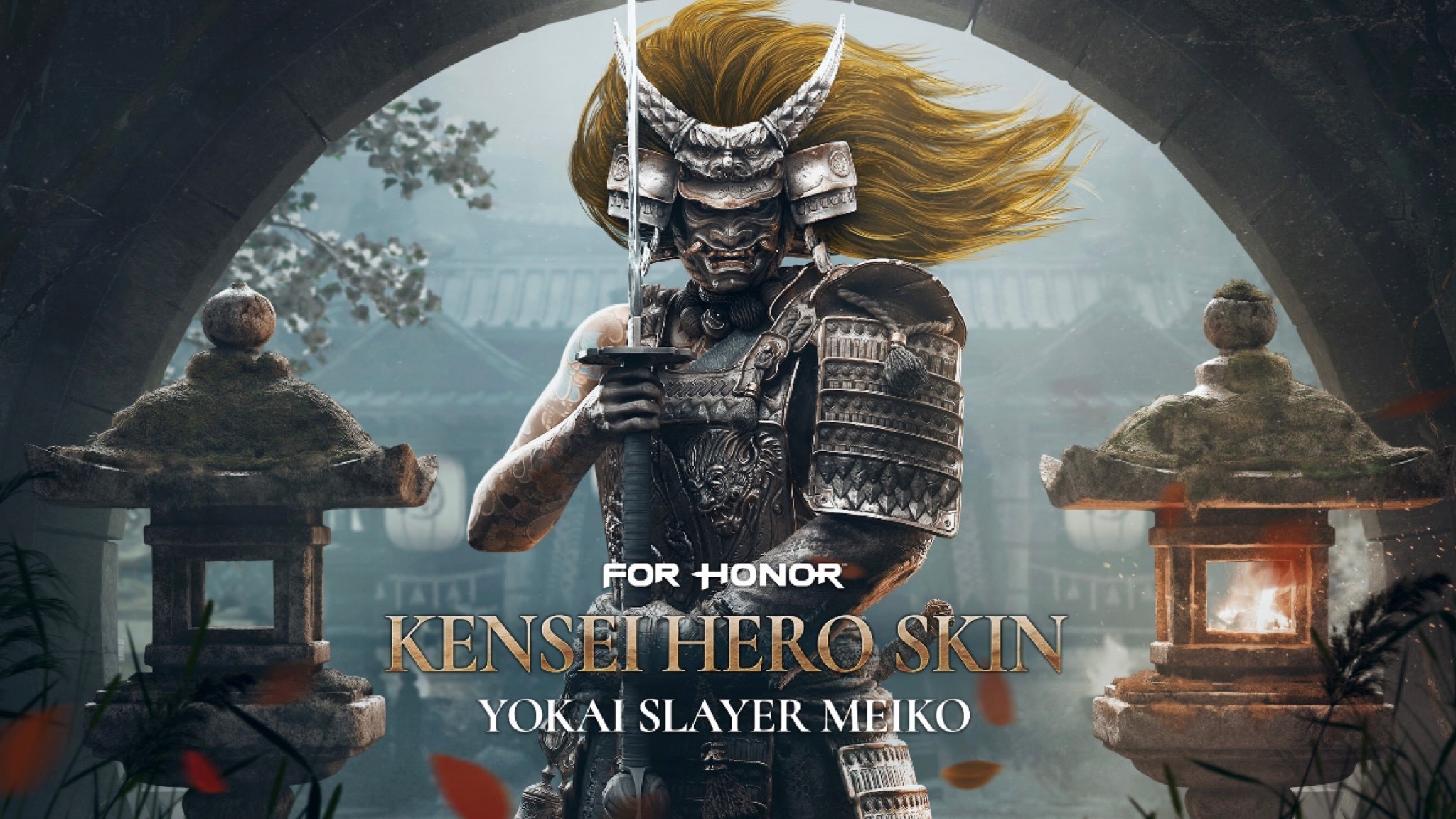 The third Hero Skin of the year will be Kensei's "Meiko The Yokai Slayer". This skin drastically changes Kensei's silhouette and displays a rich narrative from the visuals alone. This skin overrides all customization; however, players will still be able to change its material. During the Warrior's Den, we presented Meiko and her tie to the Y6S3TU2 narrative.

After the battle, flowers grow. Meiko was that flower, watered by blood, shaped by atrocities, but not defined by them. A humble Kensei dedicated to the protection of her people, Meiko was a beloved warrior, one of the few who took the time to enjoy the rare beauties of a harsh world. This was, more than likely, the reason why she was most often spotted with a smile on her face - even in the midst of battle. There was a spark in her eyes, one that could never be dimmed, no matter the circumstances. But Meiko's resilience was tested when the Yokai were freed from their prison.

After being dormant for generations, the monstrous demons were let loose upon the Myre. When Meiko's younger brother Motoori was taken, something changed in her. The spark took a darker shade, and the smile was put to rest. In order to face the Yokai, Meiko took the responsibility of wielding the Mamono Dagger. The blade was the only weapon capable of killing the Yokai - but wielding it came at a great cost. Every Yokai the dagger claimed was contained inside of it. The more it killed, the more powerful it became. And the more it threatened to consume its wielder. But Meiko had no choice. If she had any hope of saving her brother, she had to face these demons. Those both outside, and within.

Kensei's hero skin Meiko The Yokai Slayer will be available for purchase starting October 20th 25 000 Steel. For $11.99, players will be able to buy the hero skin as well as a 7-day champion status and 3 scavenger crates.

Web of The Jorogumo

A living nightmare haunts the Myre! The horrifying creature known as the Jorogumo has nested in the Market Place, where the monstrous spider feasts on cocooned villagers and viciously preys on the few warriors brave enough to face it. All hope lies in Meiko, who wields the Mamono Dagger. Accompany the Yokai Slayer through the web-infested village and attempt to do the impossible: defeat Jorogumo.

Only from October 20th to November 10th participate in For Honor's Y6S3TU2 launch event, Web of The Jorogumo. This thrilling PVE game mode will have you at the edge of your seat right up until the very end. Claim exclusive event loot through our free event pass which includes a mood effect, a Battle Outfit and an ornament. Additionally, during the three-week event, you will be able to unlock rewards from past Halloween events! Lastly, we will have a bundle available for purchase from October 27th to November 10th which includes 2 outfits, 2 executions and a paired emote.

Listed below are items that are getting retrofitted!

We got a hefty Fight Update for you for Y6S3TU2. They include the following:

For more details, check back here for the Fight team update. Following these changes, Y6S3TU2 Testing Grounds will be live November 17th to November 24th.

In addition, we also have our patch notes. Listed below are some important bug fixes as well as some quality-of-life changes.

We'll see you again at the next Warrior's Den Recap.