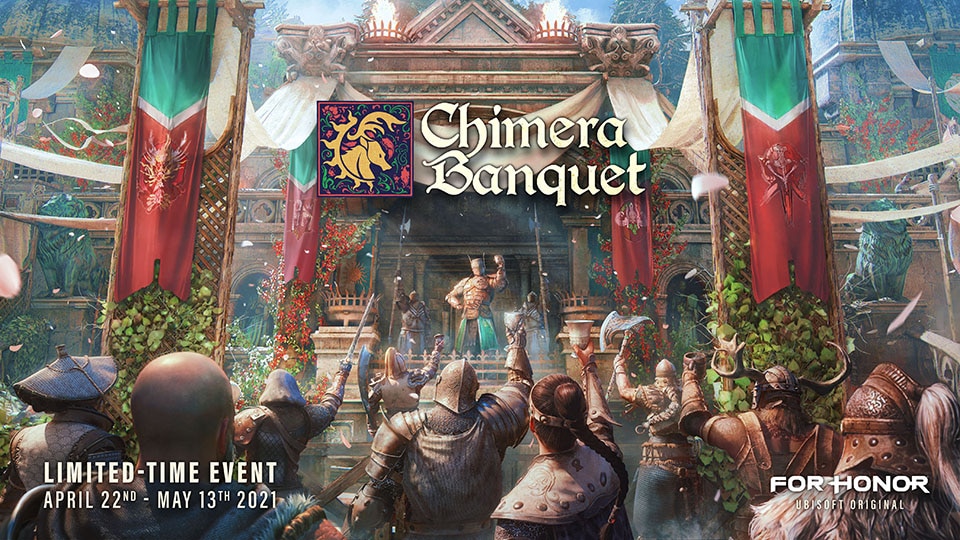 Daubeny has returned! Starting today, April 22nd an running through May 13th, Daubeny invites you to the Chimera Banquet. Participate in a special game mode called Heralds of Chimera to prove your worth to Daubeny, and the Chimera Alliance.

Heralds of Chimera is a best of 7 rounds 4v4 PVP game mode played in a familiar arena. Each team spawns with one member identified as the Herald. Every round has a different warrior play the role of the Herald, and the first team to defeat the opposing team’s Herald will win the round. Each team’s Herald recieves a health buff which makes them more difficult to defeat. Also, the more your team members fall in battle, the longer the respawn time gets, making it more difficult to defend your VIP.

During the event, warriors will be able to play through the Free Event Pass and unlock event specific rewards. These rewards include a Battle Outfit, a Mood Effect, and an Ornament. The beginning of the Chimera Banquet also marks the release of new armor variations. These armor variations are inspired by the Chimera Alliance’s values where factions have shared their knowledge and implemented what they learned to forge clean, elegant gear. The new armor variations will be included in For Honor’s regular loot pool and be available for players to loot beyond May 13th.