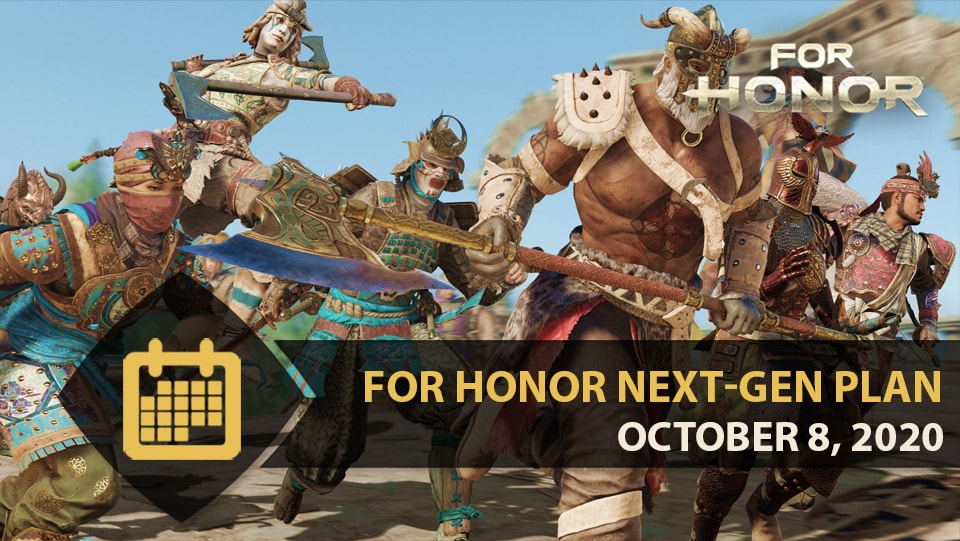 Today, we are happy to announce that For Honor will be headed to next-generation consoles. We can now confirm our next-gen backward compatibility and are very excited to provide, through it, an enhanced For Honor experience to next-gen players as we enter this new chapter for the gaming industry.

Below is all you need to know about For Honor and its Next Gen plan!

Graphical Enhancements available at launch of Next Gen Consoles

Next-gen console players will be able to experience the highest-level of graphical enhancements that For Honor has to offer. These enhancements, carried over from the Xbox One X and PS4 Pro are now available, without compromises, on all next-gen consoles:

If you currently own For Honor on PS4 or XBox One, your profile, including all purchases and inventory is automatically shared with its Next Gen counterparts (ex: PS4 and PS5).

The team is happy to announce that For Honor will be playable at 60 FPS on all next gen consoles for the beginning of next season Y4S4, early next December.

Stay tuned for more details and updates on For Honor from now until then.

We’ll see you on the battlefield!