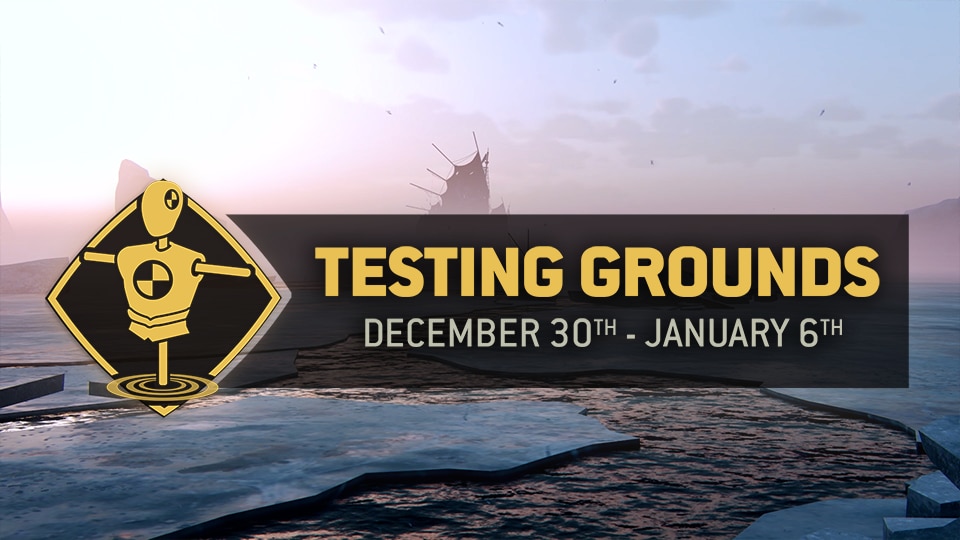 Greetings once again fellow warriors, we hope you enjoyed today's Testing Grounds segment on Warrior's Den! The testing grounds will be open on December 30^th^ to test further changes to Dominion and a possible rework to Conqueror. If you missed the show or would like to once again go over everything again at your own pace, we go you covered. Just reading bellow for more information on the changes you can expect in Y5S4's Testing Grounds. 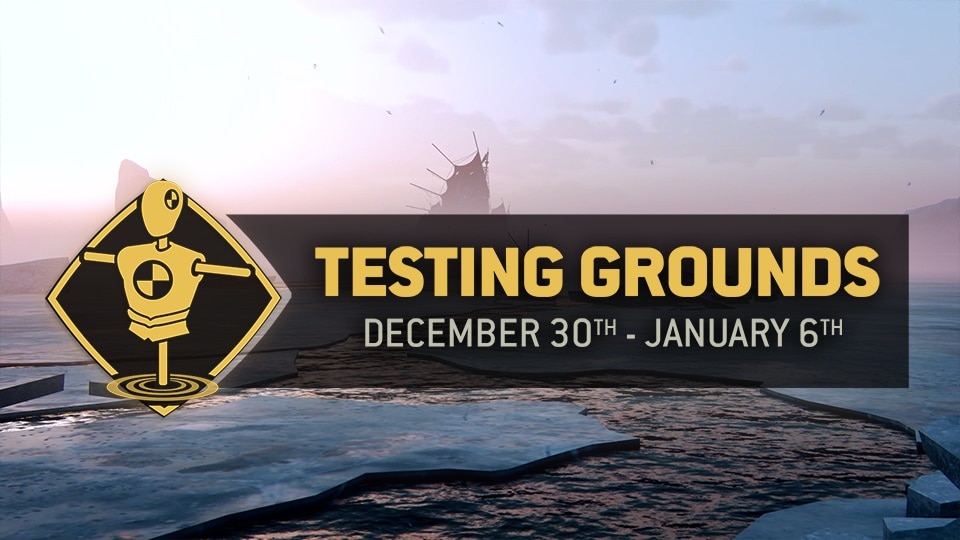 Let's start with what you can expect for Dominions.

Here we'll be summarizing the results from the last Dominion Testing Grounds and explain the reasoning behind the changes we are proposing this time.

Our first takeaway from the data was that Week 2's numbers were too low, giving Tier 4 Feats to only about 44% of players, as opposed to about 58% in regular Dominion. We can also see that the really high renown gains in Regular Dominion were scaled back by a lot, which we read as a lot less matches ending in completely one-sided splits and less matches where a team reaches their Tier 4s way too early on.

We started by looking at match times, which had seen a substantial rise during Week 1 of the TG. We were pleased to see that with the changes we made for Week 2, match times were back to almost exactly the same as regular Dominion values!

So, we kept digging.

What we saw here was even more encouraging! The changes we did to Points gains from the Control Zones and Minion Lane ended up resulting in an almost perfect split!

In an average Dominion match in the TG's 2^nd^ Week, we saw that teams gained about as many Points from Control Zones than they did from the Minion Lane, which is a significant improvement over regular Dominion, where Control Zones give on average 13% more Points than Minion Lane.

This convinced us the issue wasn't in the Points, so in this 2^nd^ Dominion TG, we will be playing with other levers. Starting with... Feat Unlock Thresholds! If we consider our current Renown gain values are correct, the best way to raise the percentage of players getting to Tier 4 Feats is to lower the requirement to reach it.

Looking at the data we received, we noticed that IF Feat 4 had been unlocked at 320 Renown, about 56% of players would have reached it, which is a lot closer to the regular Dominion average.

Next, we took a long hard look at Capture Times.

This is where we saw a divide between players.

Those who enjoyed the 5.5 seconds capture time no matter what appreciated that it made "deathball" strategies, where a whole team sticks together and cycles between Control Zones obliterating any who stands in their path, less effective since they needed more time to capture Zones. It was also appreciated that it was easier to counter backcap attempts when capturing always took 5.5 seconds, allowing you to venture outside of your zone more comfortably and still be able to come back in time.

On the other side, some players enjoyed the faster capture times when more than one player was capturing and were sad to see it go. Faster captures mean faster healing after winning a fight on a Zone, as well as more Points and less situations where a Zone remains contested for most of the match instead of switching hands. They also liked to be rewarded for sticking together as a team. Not to mention it makes getting out of Breaking more likely. There is also the matter of the Beachhead map, which currently favors Defenders at the start of a match, who can ensure the Attackers cannot capture their Zone before it becomes contested.

In this 2^nd^ Testing Grounds, we are proposing a shorter, but still consistent capture time of 4.5 seconds as a compromise to both sides of the coin. As for Renown bonuses and Points, we have opted to keep them exactly the same as TG #1, as we felt the results were on par with our goals and we didn't want to alter them too much after lower the Feat unlock Thresholds this much so as to not muddy the resulting D-A-T-A.

And here's a little something new!

There are a lot of things happening in Dominion's text log: Renown gains, captured Zones, triple pings for a revive, going into and out of breaking, damage values, other players praising your skills at playing Orochi... So much that you'd sometimes be unable to read the info you really wanted before it scrolled away forever.

Now all Renown-related events are neatly centralized just over your renown bar! We're hoping this will further help players understand how their actions influence their Renown gains while also helping declutter the text log.

We'll be on the lookout for your opinions on this thing as well, we hope you like it!

The current state of the Conqueror pins him as a very defensive Hero with very little in the way of offense. This heavy focus on defense highlighted gameplay scenarios we want to steer away from with the direction the game is taking.

With this rework, we are trying to address three main points:

Below are the details of the changes you can expect to see:

Developer's Comment: Being accessible from chains, faster to fully charge and less stamina-hungry, we are aiming at making the Conqueror's charging a more useful and visible part of the Hero's kit.

Developer's Comment: Conquerors were being held back by their inability to feint Heavies, rendering their offense risky as they had to commit to every Heavy Attack, cancel them into a slow Shield Uppercut or a very defensive and stamina-hungry Full Block Stance.

With the improved Shield Bash Mix-Up and Undodgeable Heavies in chains, we decided to remove the ability to cancel Heavies with a Shield Uppercut to keep the amount of Bashes coming at the player in check and to prevent "Undodgeable into Bash" cancels.

We've removed the Superior Block from Heavies as it let the Conqueror parry on Light Attack timing and still block a Heavy, negating one of the most basic mix-ups.

Developer's Comment: The Full Block property of the Zone Attack allowed it to continue being used as a sort of Option Select. By improving its range, trajectory and allowing it to initiate chains, we hope to make it a healthier move that will still be useful in outnumbered scenarios.

Shield Bash Mix Up (in chains)

While the previous Shield Bash Mix Up had a strong knockback that caused wall staggers, it was so prohibitively slow that it contributed to players never wanting to chain with the Hero.

By making it 500ms, lowering its stamina cost, removing the wall stagger and ability to chain on Miss, we are reducing its potential power, but making it a much more appealing tool to use mid-chain that forces the opponent to think about possibly having to dodge after every Light or Heavy Attack.

Developer's Comment: With Shield Bash Mix Up now being 500ms, we did not want Conqueror now having access to an infinite "Light Attack  > Shield Bash Mix Up" chain flow. With the introduction of the Flail Uppercut as a dedicated follow-up to Bashes that does not link to another Bash, we are forcing the Conqueror into doing something else before being able to perform another Bash while still giving them an Uninterruptible Stance move to more reliably deal damage after a successful Bash.

We're also letting Conqueror forego their guaranteed Flail Uppercut to instead go directly to a chained Heavy Attack, should they want to surprise an external attacker preying for a Guardbreak.

Developer's Comment: While we are making Full Block Stance more vulnerable to Guardbreak by removing the ability to Zone Attack from it, we are also increasing its efficiency as a defensive and counter-attacking tool by making it much more accessible, faster, more stamina-efficient and making the special move after a successful Block a better team fighting tool.

Developer's Comment: Reducing Miss recovery, making all Lights 500ms and improving target swapping for Lights in chains are all nice quality of life changes for the Hero which should improve both his 1v1 and 1vX game with more viable options and less dead ends.

Developer's Comment: After a Flail Uppercut, opponents should be afraid to dodge due to the possibility of an Undodgeable Heavy coming their way, and with the Flail Uppercut's Medium Hit Reaction and faster time to become Fully Charged, Conquerors now have the opportunity to incorporate the Unblockable Heavy into their 1v1 gameplan.

Developer's Comment: With the changes to stamina damage and regeneration, we want to steer away from Conqueror being able to keep opponents out of Stamina for extended periods of time using Shield Bash.

Developer's Comment: While we are keeping the Shield Bash possible from a Superior Block Dodge, this new opportunity should be even more desirable in terms of speed, damage and trajectory.

We look forward to your feedback when testing grounds starts. As usual, you can submit your feedback through multiple channels; we'll monitor social media and will send a survey to formally gather your feedback. Be sure to leave feedback if you want to be heard!