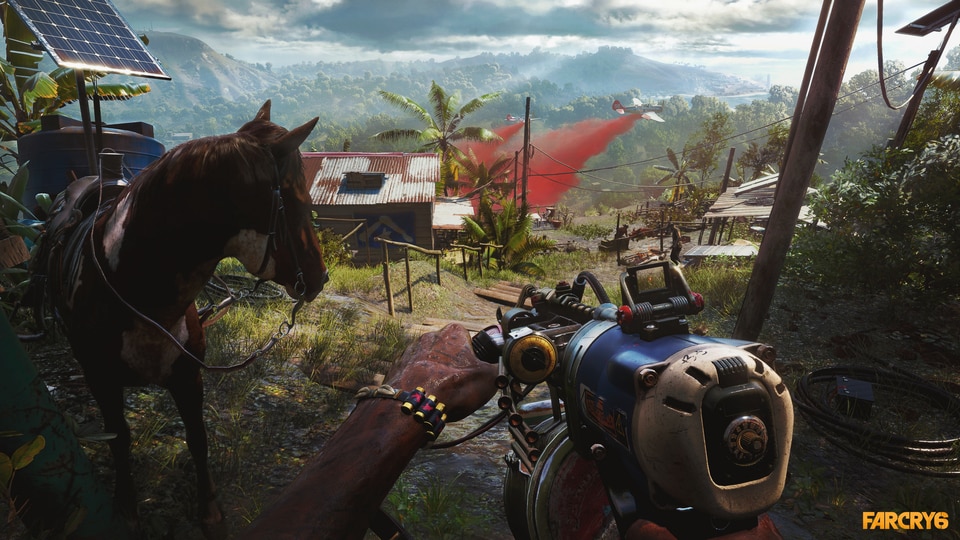 Title Update 5 is now live on all platforms. Players on PC and console will need to download a patch to access the new features and take advantage of all bug fixes. You can find a list of changes below:

(based on development environment, actual size will depend on language pack)

The Vanishing, a new free Stranger Things crossover mission, available March 24 for all Far Cry 6 players. The Vanishing will bring a stealth-horror-survival gameplay experience to Far Cry players for the first time with mysterious characters, new gear, and new lore. In The Vanishing, players will enter a twisted version of Yara inspired by the Upside-Down, where Dani discovers that Yarans are disappearing and no one is safe – not even Chorizo. Players will be able to explore Stranger Things-inspired locations, such as a hidden bunker and an abandoned laboratory. Dani’s mission – with new skins for a flamethrower and shotgun – is to search for Chorizo and find out what happened to the abducted Yarans.