Use your camera to uncover the dark secrets of your government in this pioneering action-adventure. 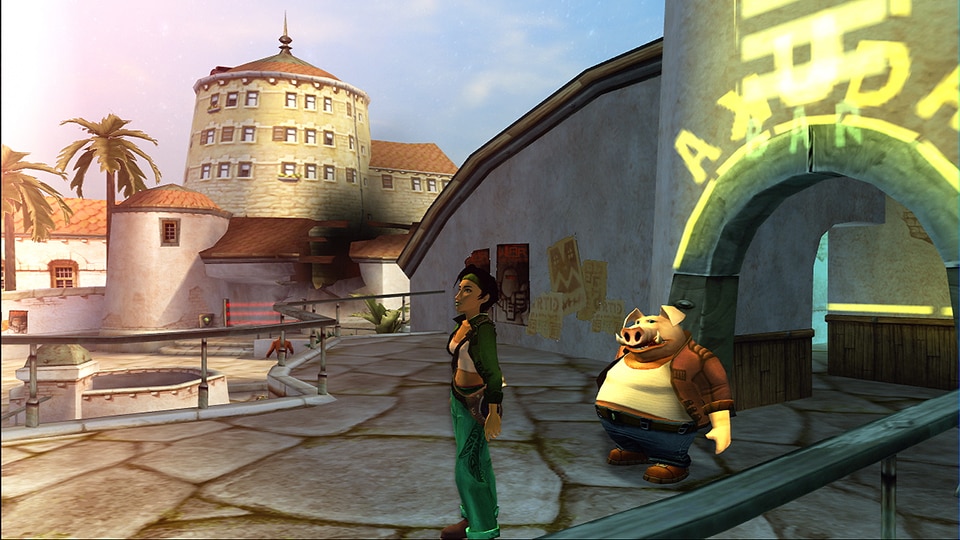 A Legendary Classic Re-mastered in 1080

Created by the studio behind the Rayman series, Beyond Good & Evil received multiple awards from the world gaming press - IGN’s best adventure game and best story in 2003-, and was nominated for 3 IGDA Best of year awards in 2004 - GotY, Original Game character and Excellence in Game design-. But, now, this beautiful game just got better full HD 1080p graphics, enhanced character models, upgraded textures, and a re-mastered musical score. 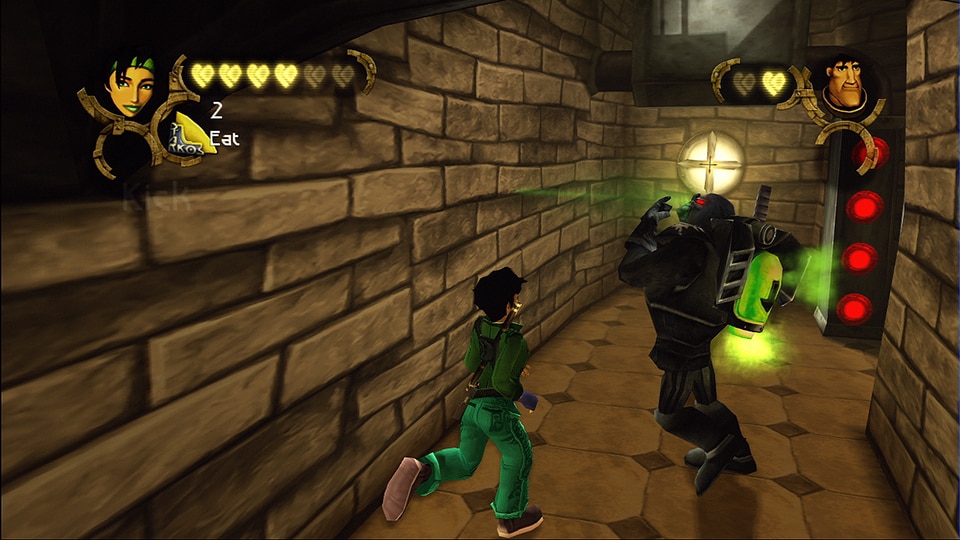 Live an Epic and Colorful Adventure

With 12 hours of intense action, live or re-live the story of Jade and her pig.
Freely explore the world of Hyllis, a beautifully unique world with its quirky
inhabitants and very diverse alien wild life. Walk the busy streets of Hyllis’ main city, infiltrate the dark and dangerous military bases of the Alpha Brigades, or just cruise around the vast ocean for more adventures. 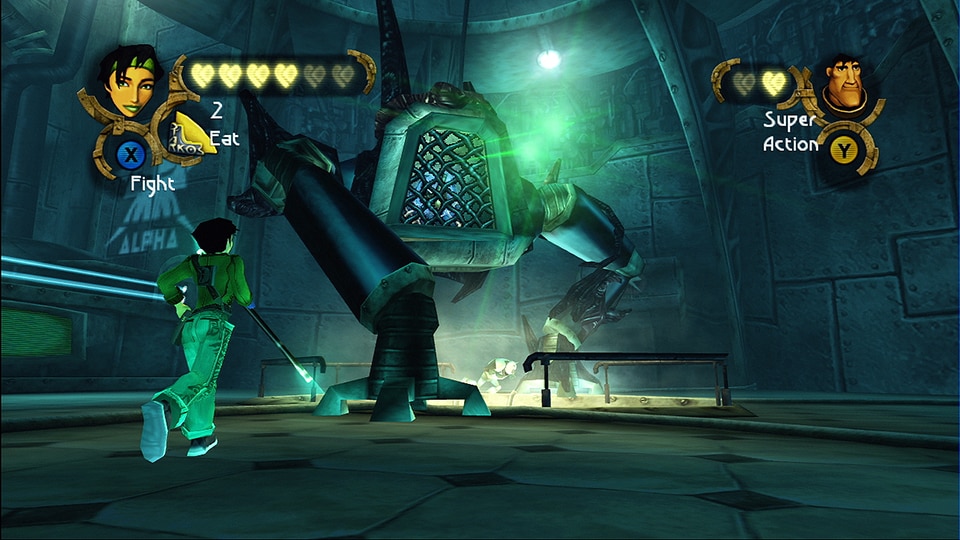 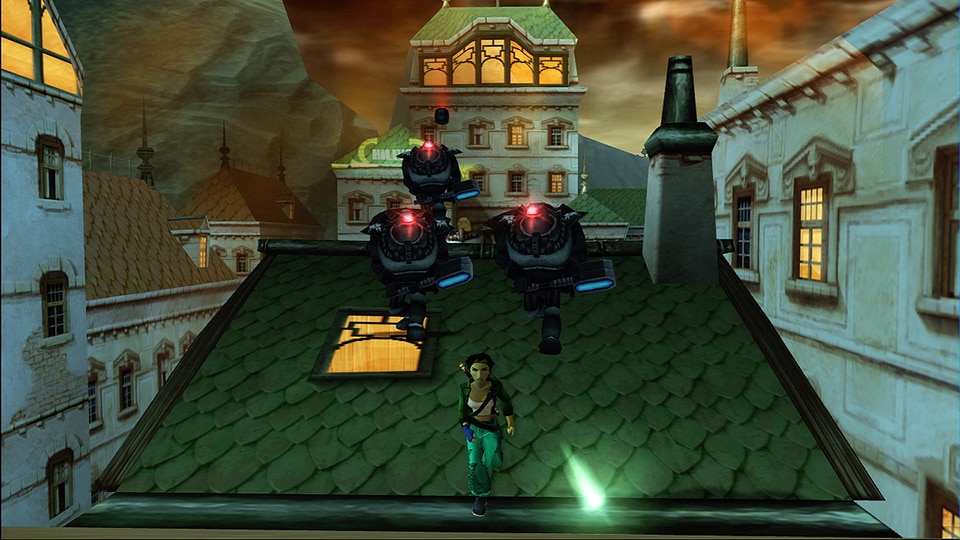 The Achievements, One More Reason to Revisit...

You can now unlock up to 12 achievements by discovering the nooks and crannies of the world of Hyllis with Jade and Pey’J, the pig.

Beyond Good and Evil HD

Beyond Good & Evil, the award-winning action-adventure game by Ubisoft, is back on Xbox Live Arcade & Playstation Network, now in High Definition graphics. Play as Jade, a young investigation reporter, and expose a terrible government conspiracy to save your planet and its inhabitants.