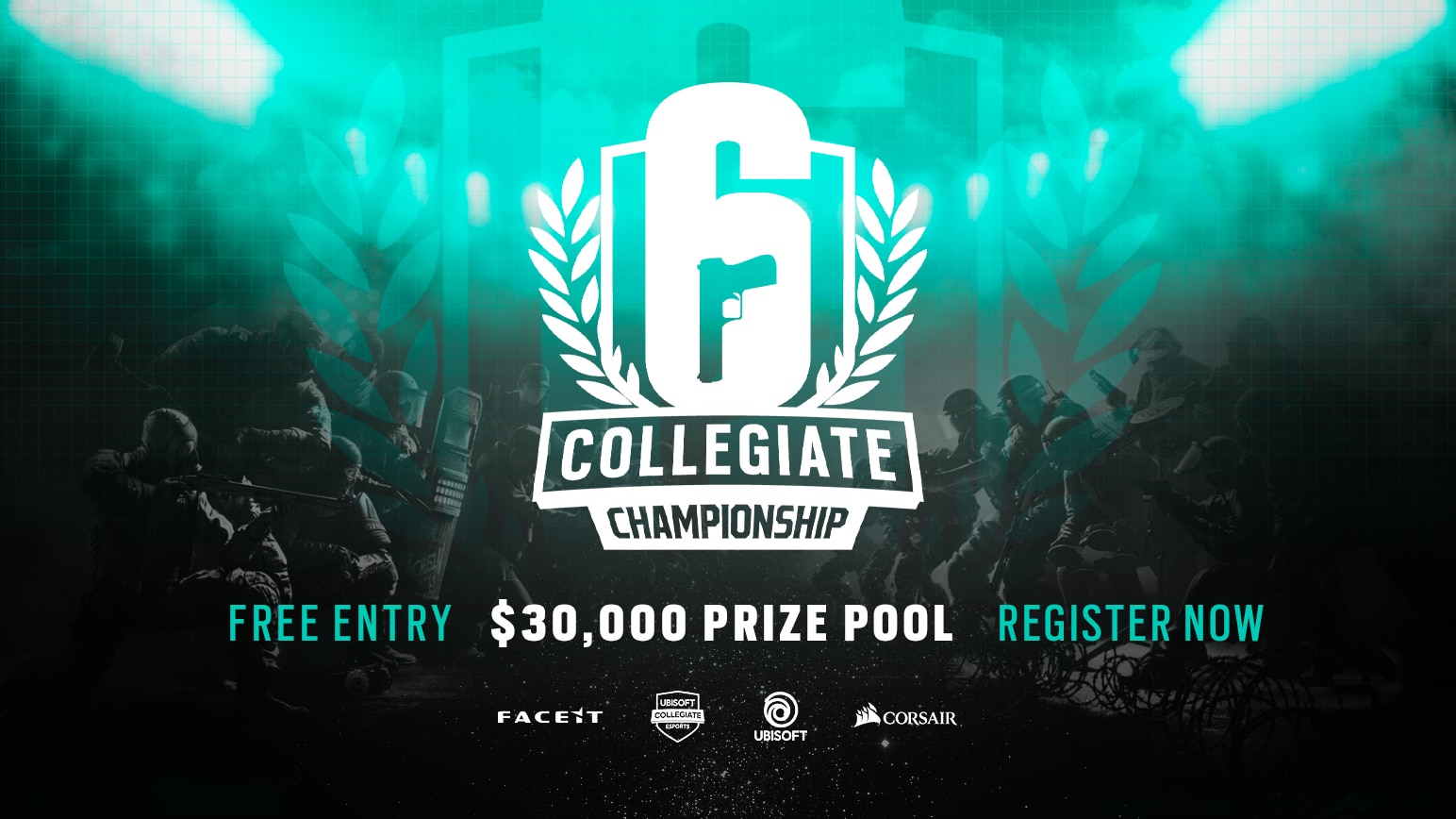 As announced previously in July, the Rainbow Six Collegiate Program has launched for registered students across the US and Canada. This program allows players of all skill levels to get involved in Rainbow Six Esports throughout two Seasons over the course of the year.

This is your LAST CHANCE to join this unique program in partnership with FACEIT. The registrations will be closing on October 5th at 12:00 AM PT. You can find all the details below needed to get in on the action this semester!

HERE’S WHY YOU SHOULD JOIN THIS SEMESTER

We have a few reasons why you should include this program in your schedule this semester, but let’s remind you of some key dates first: 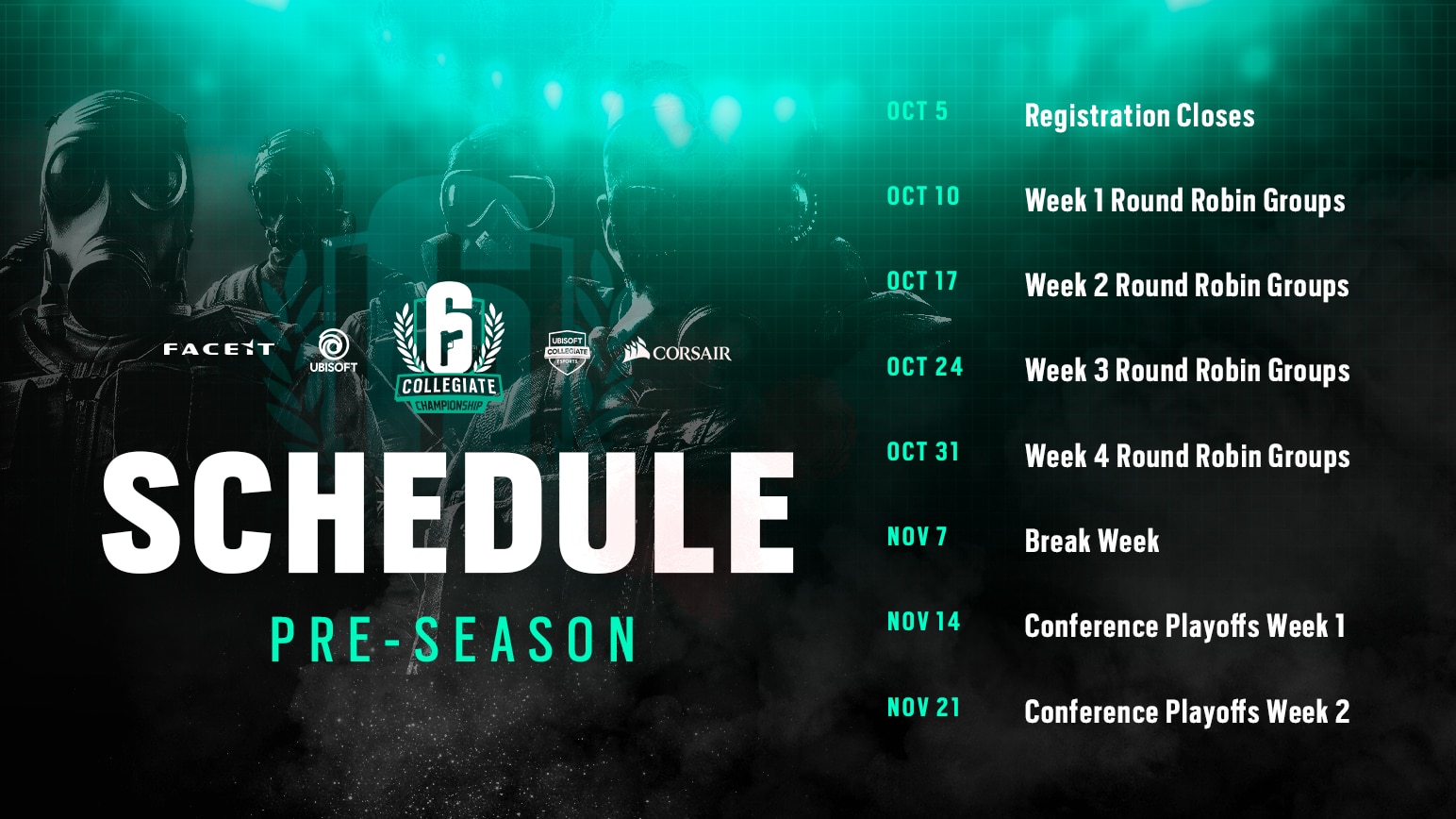 The Stage 1 Pre-Season kicks off on October 10th and will be four weeks long. Each Championship League team will be placed into one of four regional conferences based on state/province and play their matches in a round robin style.

Starting November 14th, the Stage 2 Pre-Season will start for two weeks in length, where teams will play in a single-elimination style tournament where the top teams will be pronounced their respective conference champions. 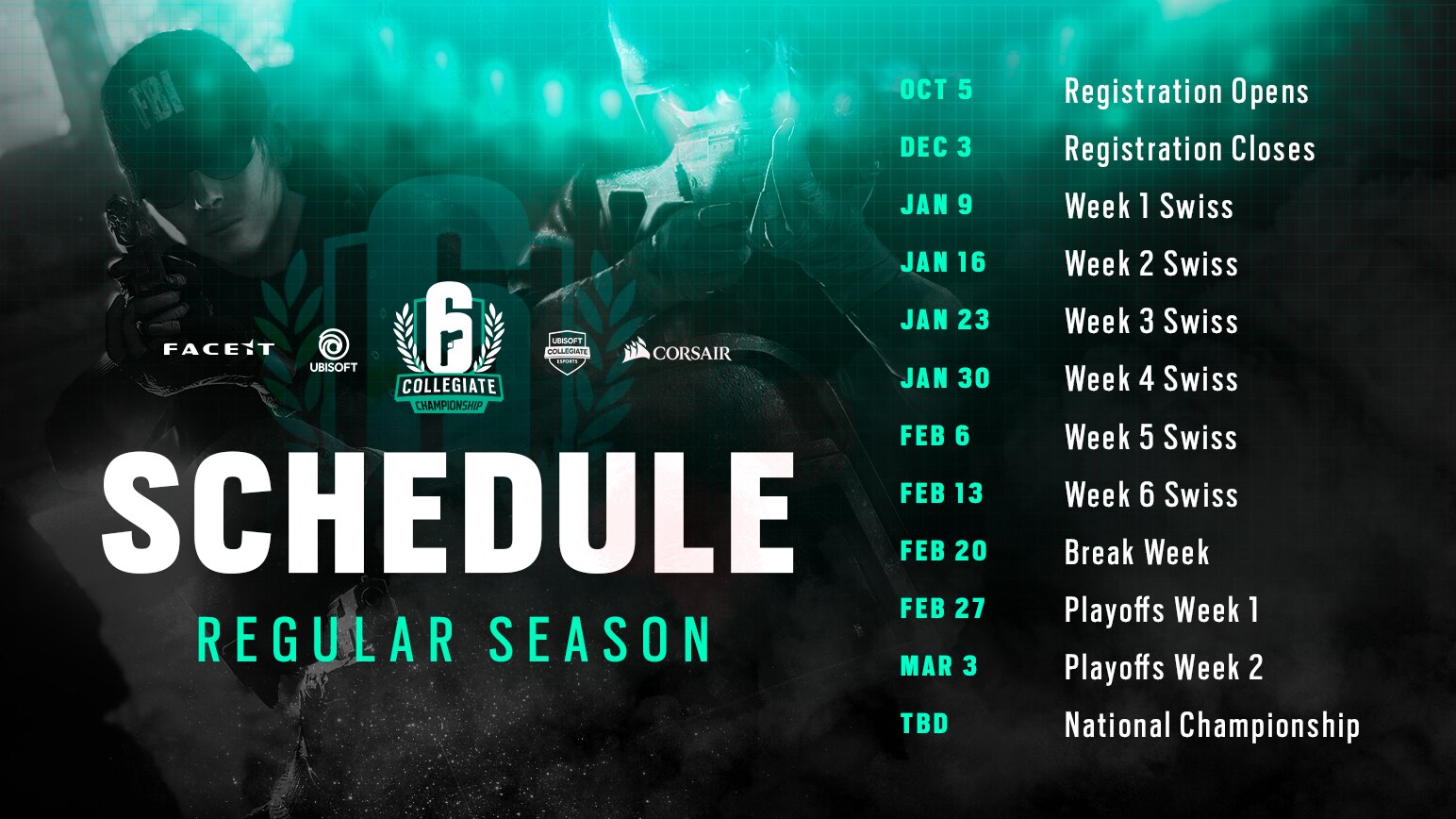 The Full Season kicks off in early January with its registration period starting on October 5th. Stage 1 Regular Season will be played over six weeks in a Swiss style format. Teams will also be divided into regional conferences based on state/province.

Stage 2 – Conference Finals will be played in a single-elimination style over two weeks. The top teams from each regional conference will be declared the conference champions. From here, we will enter Stage 3 with The Collegiate Championship.

Last Friday, we announced exciting news concerning the Pre-Season. We are happy to reveal a $5,000 USD prize pool for the 2020 Pre-Season! The Regular Season happening from January to March offers a $30,000 USD prize pool and prizing at the end of Stage 3 – The Collegiate Championship, which will be played online over one weekend in a GSL style format.

Get ready to breach into this semester and start your Rainbow Six Esports journey with the Rainbow Six Collegiate Program! Click HERE for more information and don’t forget to register before October 5th!