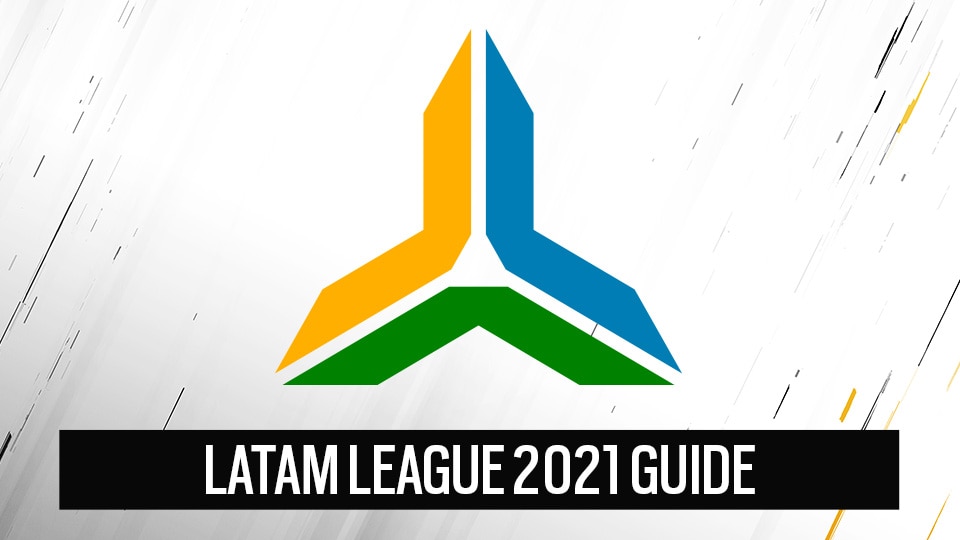 It’s time to present the LATAM League 2021! In 2020, the tournament had the addition of two brand-new divisions: Mexico and Latin America South. Together with Brazil Division – the first R6S National Division released, debuted in 2017 – the triad of tournaments compose the Latin American Pro League Division of Rainbow Six Siege. Although, with the round robin system and Best-of-two format, the region realized it required improvement on its format.

For this year, the LATAM League will continue being a three division league, but will change its competitive format to Best-of-one matches during the regular phase of each division.

In Brazil Division, each stage will have nine rounds divided in 11 playdays. For Mexico and Latin America South, there will be eight rounds in 8 playdays.

In addition, each division will have its respective Challenger and Open League, continuing the work of training new talents across the whole region and serving as the gateway to the elite of Siege in Latin America.

At the end of each stage, the best teams from each region advance to the LATAM League Stage Finals, a tournament that will give the top 4 teams the chance to win the title of one of the most prestigious Rainbow Six Siege tournaments in the world, the Majors.

For 2021, each division – Brazil, Mexico and Latin America South – will have 2 playdays per week over 4 weeks, with an additional 5th week just for Brazil featuring 3 playdays, called “Super Week”.

After three round-robin stages, each division will have its own final stage to decide which team will be crowned the champion of the year.

All the division Finals will be played during November and December. For Mexico and Latin America South, after each team plays 21 rounds, the top 4 will battle it out during the semifinals in a best-of-three (BO3) match. For the Grand Final the two best teams of each region will face each other in a best-of-five (BO5).

In Brazil, two teams were added to the Playoffs Stage, totalizing six teams for the finals. The first and the second-best teams will advance for the semifinals, while from third to sixth teams will fight on the quarterfinals. All matches will be played in a best-of-three format and the Grand Final will be the same as their Latin brothers: best-of-five (BO5).

All the 15 talents from Brazil will oversee two channels.

For this year spanish speakers can celebrate: Mexico and Latin America South are more united than ever and the talent will be sharing the participation in both of the divisions. The team is composed of four shoutcasters and two analysts for the R6 Esports LATAM channel. The LATAM Talent Dream Team is:

Twitch Drops to all R6 Leagues Around the World!

We’re excited to announce that during Stage 1 of the 2021 Season, viewers of regional Rainbow Six Esports Leagues will enjoy a chance to earn Twitch Drops. Viewers will receive a pack for every 4 hours watched, with a weekly cap of 3 packs per viewer each week. Please note, that the watch time will not be carried on from one week to another.

Drops will be enabled on all official Portuguese and Spanish streams of the European, North American, and Latin America Leagues.

Where to Watch LATAM League and all the other tournaments: